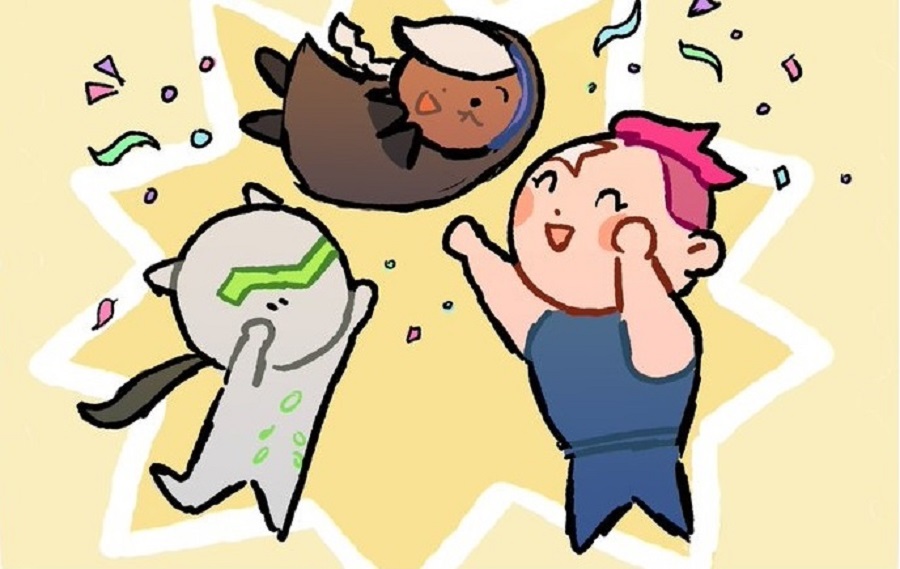 What better way is there to learn about Overwatch’s core gameplay concepts than with an adorable comic? There isn’t one.

Artist jebby, also known as puptum on Twitter and Tumblr, created a handy little guide to help Overwatch players master a few new tricks. Ultimate tracking is first up, and it’s especially important. Being aware of your team’s ultimates, as well as the enemy team’s ultimates, is very important in Overwatch.

Ultimate tracking is more than just combining two ultimates: It’s knowing when to stagger ultimates to bait out enemy tricks. For instance, as displayed in jebby’s comic, Zarya has been tracking Zenyatta’s ultimate and knows exactly how to get him to use it, making Genji’s Dragon Blade that much stronger when used after Transcendence has expired.

Good cooldown management means knowing when to save your abilities for the right situation. Jebby uses Ana’s grenade as an example. When Zarya is about to use her Graviton Surge on the enemy team, despite knowing that Zenyatta has Transcendence, an Ana player—if her grenade is up—can nullify Zenyatta’s healing by landing a grenade on the enemy team.

Putting these skills together adds a ton of value to each ally’s ultimate and abilities, and, as jebby said, will make your team very happy. And if that’s not enough, jebby also has an equally cute comic explaining the glory of the dive composition.