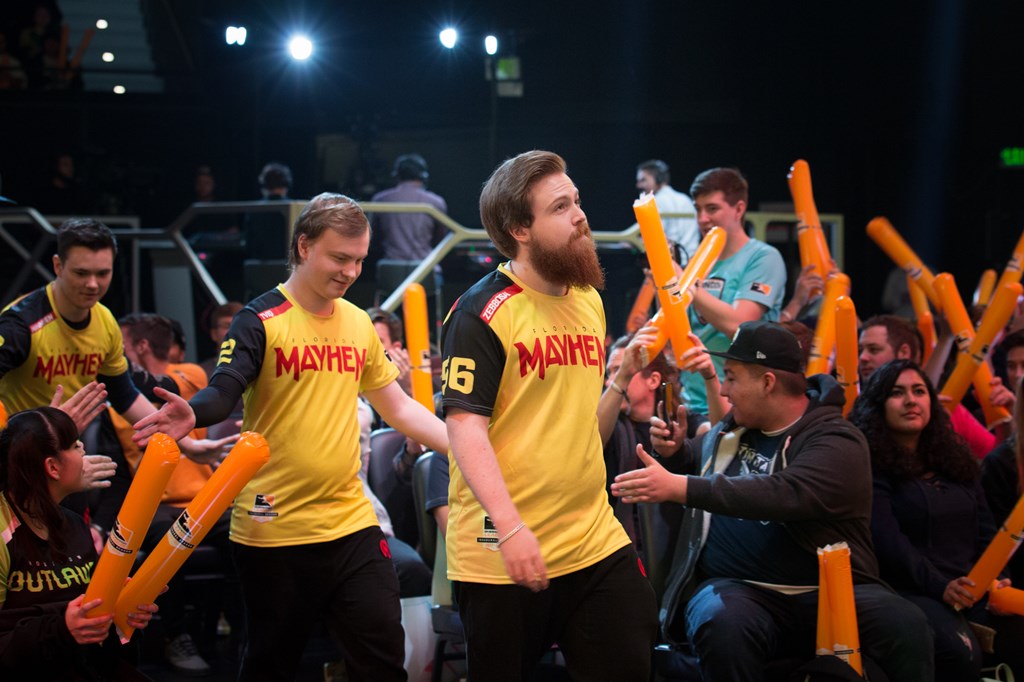 The win sets the Florida Mayhem to a dismal 2-14 on the season, but this week of play shows that the Mayhem are at least making some progress toward improving their spot in the standings.

Despite missing their main tank Félix “xQc” Lengyel, who was suspended for the second time this season, it looked like business as usual for Dallas Fuel against one of the bottom ranked teams in the league.

Fuel turned to Timo “Taimou” Kettunen at main tank with the newly signed Son “OGE” Min Seok unavailable for now, and they opened by fielding Taimou’s Winston alongside Kim “Rascal” Dong Jun’s Genji on Hanamura. While Mayhem kept it close, Fuel pulled out the win everyone expected in the end. Next came Nepal, and Fuel continued to take care of business, this time with Dylan “aKm” Bignet and his Soldier 76 and Pharah in the lineup.

With a 2-0 scoreline at the half, it looked like Mayhem were headed for their fifteenth loss of the season. Even the third map, King’s Row, opened seemingly in Fuel’s favor, as Dallas held Mayhem just after the second checkpoint. But then the real mayhem began.

In two earlier King’s Row matches today, no team held the first control point against the offense’s opening push. But the Mayhem held Dallas for their entire time bank. That was partially due to some wacky team compositions from Fuel, like using a Bastion plus Mei attack. But it was also thanks to some solid rotations and incredible Widowmaker play from Andres “Lofix” Berghmans, who was on fire throughout the map.

Next came Gibraltar, and the Fuel opened with a convincing attack leading into the final section of Gibraltar. A precision bombing by Pongphop “Mickie” Rattanasangchod with Self-Destruct nailed three kills at Mayhem’s spawn door, and it looked like the match was all but over. But Florida narrowly held off the Fuel.

Dallas then threatened to hold Mayhem’s attack, but they had an ace up their sleeve: Kevyn “TviQ” Lindström. The versatile DPS wizard, this time on Tracer, held the cart in overtime by himself against half of the Fuel’s team, even securing a kill on Mercy. That was enough to rally the troops and tie the series.

The tiebreaker, Ilios, wasn’t particularly close, as Dallas looked disorganized and befuddled against a Mayhem team that was simply playing better.

When asked to reveal their key to victory in his post-game interview, TviQ replied in complete deadpan: “Our skill is just too great.”

For a team that’s now 2-14 sitting just above the last place Shanghai Dragons, that’s not a statement you make even in jest. But for Saturday, at least, it was true.