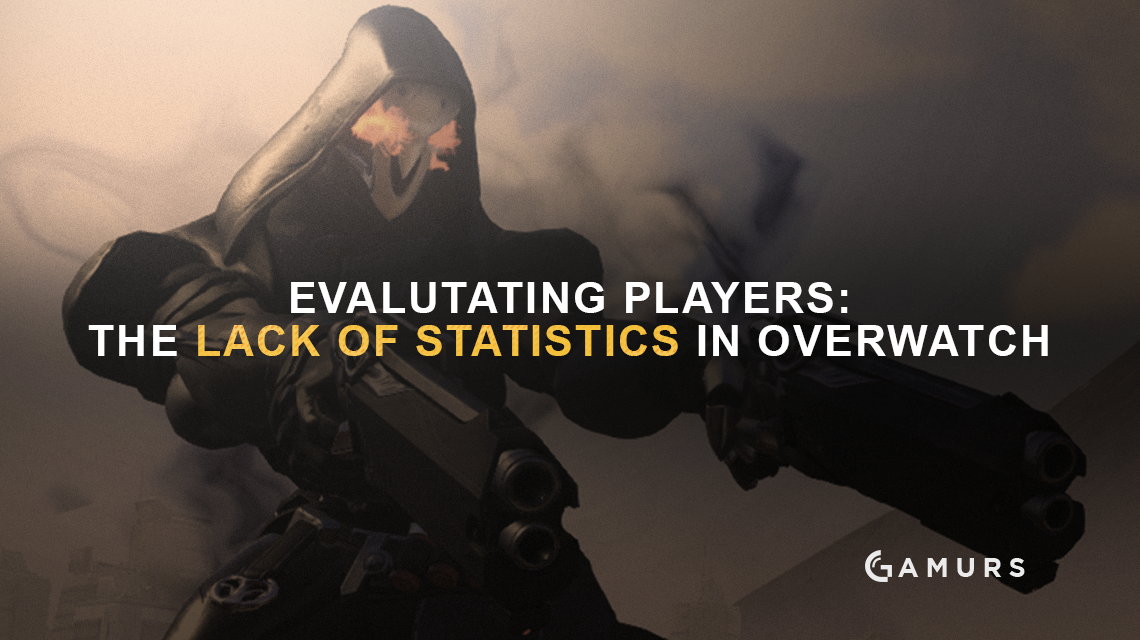 Shots in the Dark

Fans love statistics. Commentators loves statistics. They provide an easy way to make concrete comparisons between teams and players. Of course they can be misunderstood, but without them we are left to examine players and teams under the imprecise microscope of the eye test. Forming judgments on players and teams based off of our visual impressions often leads to biased conclusions.

Currently in Overwatch, the eye test is all we have. It’s impossible to calculate even simple stats like KDA because we don’t see a list of assists in the killfeed, just who landed the killing blow. We don’t have access to statistics that are must-haves in order to evaluate player performance on specific heroes such as healing done or hook accuracy, and this is leading to poor analysis from on-air talent, which could easily mislead a more casual fan.

Statistics alone aren’t everything. They need to be evaluated within the context of each match, and be supported with the eye test. If you do not have the context and support for the statistics, it can be easy to be mistakenly use the numbers in place of analysis instead of as a supplement to your analysis.

TACO only had 15 kills on train vs. FNATIC but 100 ADR. Good example of how misleading kills can be as a metric of impact.

This tweet from Thorin excellently demonstrates this idea perfectly. While Epitacio “TACO“ de Melo only secured 15 kills himself ,he averaged enough damage each round to kill a whole player. If one was to only look at the scoreboard that shows kills and deaths, his play would seem less impactful. But when viewing the game footage it is obvious how frequently he found himself involved in the fight, creating an impact in the match.

Moving from Counter-Strike to League of Legends, we can find a multitude of examples where statistics can be abused. My favorite example is Han “Peanut” Wang-ho, the current jungler for ROX Tigers, a player infamous for his low warding numbers. If one was to only examine the statistics it would seem that ROX was always playing at an information deficit.

However, Peanut is one of the junglers who is deemed as a battle ward, meaning that instead of placing wards on the map to spot the enemy jungler he seeks out his opposition and engages them. All the while, he is using his mechanical ability and preference for early game dueling champions to force the enemy away. So instead of finding his foes with wards, he does it with his own eyes, substituting the need for vision control while still maintaining the level of information his team needs. Once again, the statistics need to be backed up with gameplay to provide proper analysis and avoid arriving at half-drawn conclusions.

When Everyone is Special, Nobody Is

Now we get to the reason I wrote this piece, as it is a trend I’m hearing constantly among Overwatch casters. Listen in to any broadcast from the GosuGamers casters, to the OGN team, to Mitch “Uber” Leslie and Jason Kaplan’s APAC casts, and you’ll be sure to hear someone designate a player as “one of the best” on X hero.

This isn’t problematic in isolation, however, the real issue is how ridiculously common this occurrence is. Especially for heroes like Genji and Tracer, the list is so massively expansive of players who at any given time have been attributed as being one of the top X in the world.

In all fairness, each of these pro players is one of the best in the world, easily within the top 1 percent of the playerbase for on any given hero. However, when we are discussing professional players we have to hold them to a higher standard than the average joe. They have to be examined under a more powerful lens and in order to be considered one of the best, they need to excel even when compared to other professional players.

We can raise the standards of our eye tests, watch their play and subject it to our own beliefs about the game and how each hero should be played, but this is far from a precise method. Not only can it easily be misconstrued, like a player dealing massive amounts of damage without ever being credited with the kill. but it’s also very subjective and each person will have a different value system. This is where we need cold, hard numbers to step in and paint a less biased picture.

I’m not the only one who wants to see a detailed statistics report, as every analyst I’ve ever discussed this issue with has been in agreement. Even just being able to see the post-game screen for each player would help. It would show us the critical numbers; kills, assists, deaths, damage, healing and hero specific stats like Ressurection’s and hooks hit. This is also certainly not the only request Blizzard has on their plate, but I believe this is an important one for the esport experience, even more so than improving the spectating experience.

The level of quality in spectating is already rising due to the observers gaining practice and figuring out who to watch at different phases of a team fight, but casters and analysts are still struggling to evaluate player performances. And statistics are the key missing piece.

Not only would we get to compare Ana players’ Sleep Dart accuracy, but we would be able to more clearly define competitive narratives as well. It would put concrete numbers and facts behind player rivalries as they compete to be the best Genji in the world.

Even past the best Genji, we could determine who is the most successful at building ultimate charge via accuracy ratings and Dragonblades casted. Or, on a related note, we could determine who is more effective with Dragonblades by how many kills they secure per ultimate. The simple addition of statistics would add an incredible depth of detail to our ability to understand each player’s impact on the match, and in order to properly evaluate player performances compared to each other we need the statistics to back up our eye tests.

We as a community are asking much of Blizzard. Many of us are coming from well-developed games such as Counter-Strike or League of Legends, both of which have tools for fans and analysts to access detailed statistics in order to better understand the matches we have watched. We want to have these sorts of tools in Overwatch and I have no doubt they will come, we may just have to be patient.

What statistics do you want to see from professional Overwatch? Comment below or tweet your answer to us @GAMURScom.