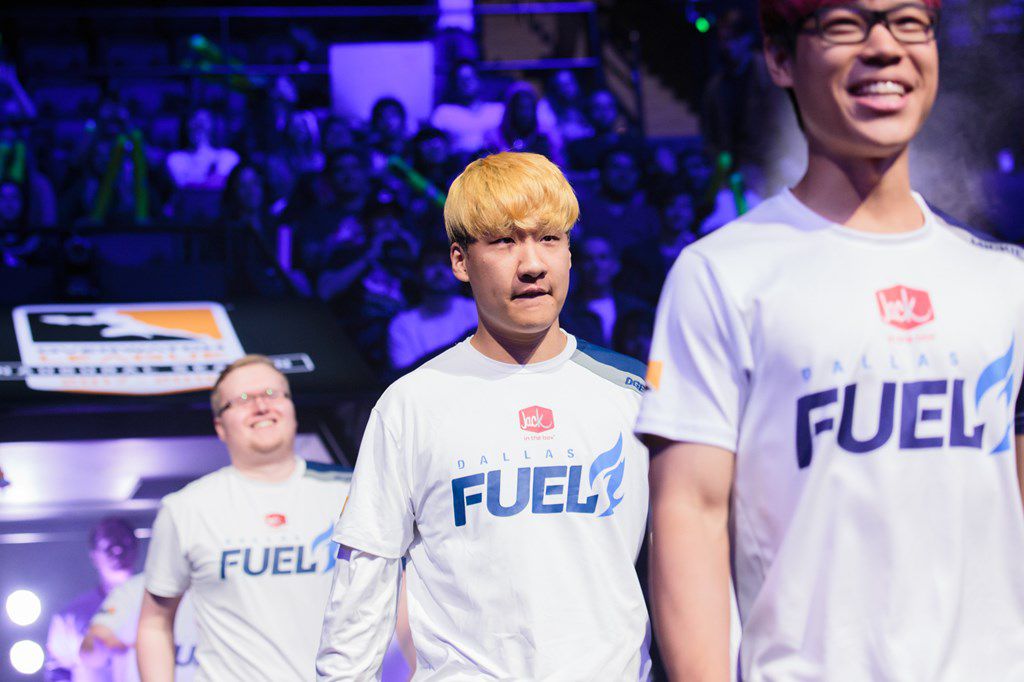 Philadelphia Fusion looked like they might be the top team in stage four of the Overwatch League heading into tonight’s games. They came into the Brigitte meta armed with a new tank line featuring stellar main tank Kim “SADO” Su-min fresh off a suspension. They seemed to fully grasp the intricacies of the new meta and its rock-paper-scissors approach to team compositions. But tonight, Dallas Fuel came to rock-paper-scissors and played a Rocket Flail.

Dallas Fuel look like a stage playoff contender in this brave new Brigitte world, and they moved one step closer to achieving that goal tonight by beating Philadelphia Fusion in a 3-1 series. The match was more one-sided than the score indicates, though—Fuel absolutely thrashed Fusion on all three of their map wins.

The win moves Fuel to 9-21 on the season, but they’re now 3-1 in stage four—which is good enough to be one of the top five teams in the league. That’s an amazing turnaround for a team that’s floundered for most of the season. And not only are Fuel securing wins, but they’re also doing it in impressive fashion.

Fuel told sideline reporter Soe “Soembie” Gschwind-Penski that Fusion’s play was “telegraphed” and they took advantage of it on Hanamura, using a pocket strat to counter the typical Orisa bunker Fusion chose to defend Hanamura A. Fuel used a Lúcio speed boost to charge the point with their unique Reinhardt, D.Va, and Brigitte lineup, bypassing the Orisa’s area of control. Pongphop “Mickie” Rattanasangchod went to work, and the close quarters made it impossible for Fusion to contest the point without running into his charge stun and flail. Fuel snowballed their massive fight win to take the second point, finishing the map with a 6:31 time bank—six seconds slower than the fastest time this season.

Their defense was also brilliant. They ran that same Reinhardt, D.Va, and Brigitte lineup, pairing Brigitte with Reinhardt at the front gate and using D.Va to block the window on Hanamura’s first point. Fusion’s double sniper composition had no room to create picks against Fuel’s shields and defense matrix. They eventually swapped to full dive, but their tanks couldn’t break the Brigitte and Reinhardt combination. Mickie sealed the deal with a poignant Shield Bash and kill into Josue “Eqo” Corona’s Dragonblade before he even got it unsheathed.

Fusion took Lijiang Tower, dominating the map after bringing in George “ShaDowBurn” Gushcha to play his signature Pharah. But they couldn’t keep the momentum going on Watchpoint: Gibraltar. Fuel set another blistering time on their attack, and while Fusion finished the map, they didn’t have enough time in the bank to stop Fuel from ending the series.

Fuel look empowered by the new meta with players like Mickie flourishing in a bit of a different role than he played for most of the season. They look more prepared, likely a credit to their new coach Aaron “Aero” Atkins. And they look like they’re having fun, something that seemed out of Fuel’s grasp for most of the season. The new-look Fuel may not be in play for an OWL playoff spot, but they’re finally showing some of what was expected of the best Western team entering the league—and that’s great to see.