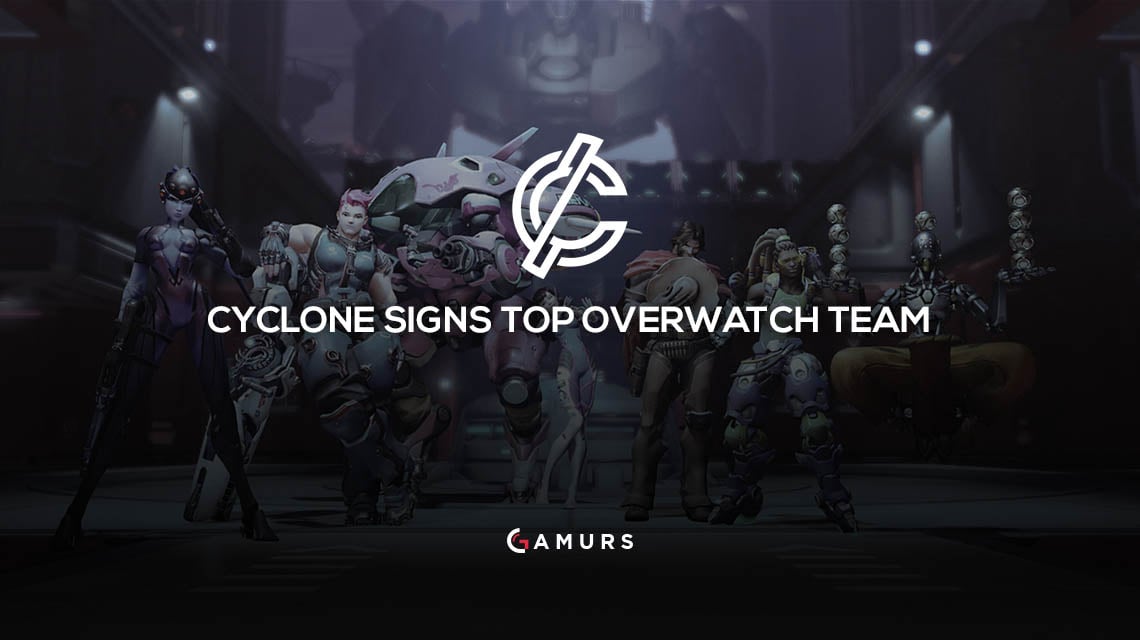 This interview will consist of answers from Slak, the founder, and owner of Cyclone, as well as Foxiz, one of the team’s new players. Here is what they had to say:

Slak: “We’re currently competing in SMITE’s professional leagues, both the SCL and the SPL, and we compete with large organizations over there all the time. I don’t see this being any different. Overwatch has a massive fan base behind it, where as SMITE is on the rise also. With Overwatch being a Blizzard game, there’s always going to be the household names sitting at the top of the food chain. There’s nothing we can do about that but keep playing, practicing and just keep improving to the point where we can compete with them, and we’re not far from that as of now.”

Do you think the Overwatch League will help rising players and organizations that don’t have the capital or investors as the larger teams?

Slak: “I personally think esports is growing majorly and it won’t just be catering to these large organizations anymore. Investors are swarming into the scene daily and the best investment for them would be to shoot for these lower organizations; an example would be Steve Aoki and Rogue. Overwatch is definitely a popular game and when you have a team like we do, there’s no way we will go unnoticed around the community. I believe 2017 will be amazing for Overwatch in terms of help for rising players and organizations.”

Where do you think Overwatch will be in a year? Do you think it has the ability to surpass other leading esports titles?

Slak: “Being a Blizzard game and such a fan favorite, I do believe it can and will be up there with the likes of League of Legends and DOTA 2. It has everything it needs to be able to surpass every esports title. I do think it is a top-three, if not top-two, game. We will just have to see what 2017 can bring.”

Are you confident with your current lineup? What do you see you and your teammates achieving in the not too distant future?

Foxiz: “I’m very confident with my lineup right now. We have played together for two months and were able to compete with the old Misfits roster when they had Tviq on their team. I can see us winning the Monthly ESL tournament if we get good practice and scrim partners, and we hope to soon compete against professional teams. We are currently top 17 in the GosuGamers rankings in Europe ahead of Mousesports and Oslo Lions.”

When can we look forward to seeing this new squad in action?

Foxiz: “We hope to play in every ESL Weekly tournament. We might have some issues doing so coming up to Christmas, but after that, we will be grinding the ESL Weeklies and Monthlies.”

I would like to thank the guys from Cyclone for taking some time out of their day to have a quick chat with me and I wish them the very best of luck moving forward with their new lineup.

Do you think this team can compete at the highest levels of Overwatch? Let us know in the comments below and for all your Overwatch related news, make sure you are following us on Twitter, @GAMURS_OW.