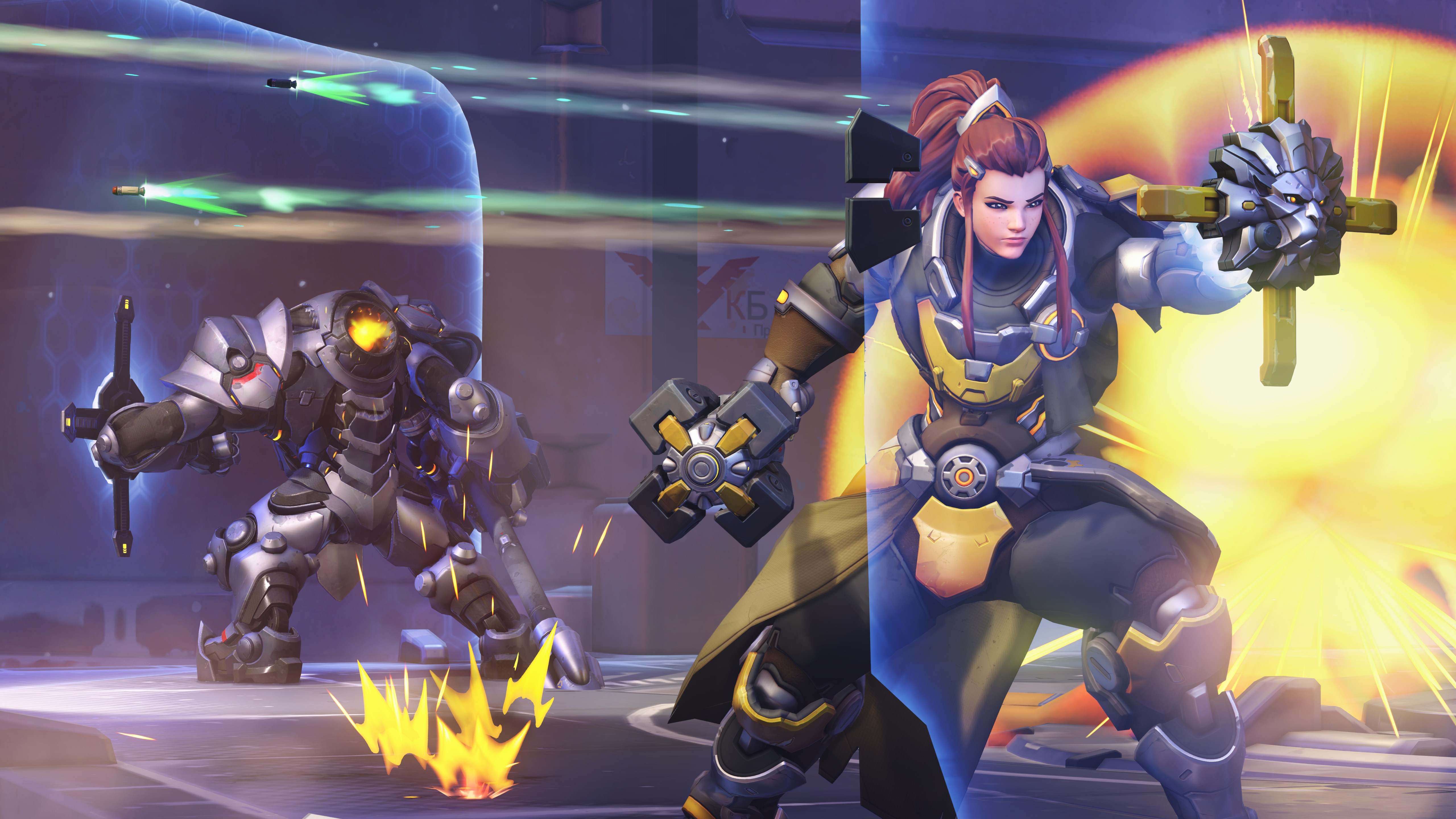 Brigitte’s been having a rough time lately. The Overwatch hero got her entire hero kit overhauled in the latest game patch, turning her into more of a support hero and less of a pseudo-tank. Now, it seems that her ultimate is having issues with obstacles like stairs and slopes. While this seems like a new bug, multiple players are insisting it’s simply an annoying feature of her kit.

A Reddit user posted a compilation video of Brigitte’s Rally ultimate not affecting a friendly Ana player. Rally normally provides armor to allies every 0.5 seconds, adding up to 100 bonus armor that can prevent a low-health enemy from dying. During this video, a critically-damaged Ana is unaffected by Rally when standing on stairs or slopes on various maps.

While the issue is referred to as a “new” Brigitte bug, a video posted in the comments proves that this has been a long-standing problem for the support hero. Andrew Bohan, the general manager of Team Ireland for the 2019 Overwatch World Cup, posted a video from May 2018 that shows Brigitte’s Rally not affecting allies that are on a different vertical “level” than she is.

This issue stems from the fact that Brigitte’s Rally starts from a different area of the hero’s model than other support heroes. Heroes like Zenyatta and Lúcio cast their ultimates in a spherical form that radiates from the center of their character model. This means that any allied heroes on any vertical level can reap the benefits of their ultimate.

In comparison, Brigitte’s Rally is cast from her feet in a circle that surrounds her. It’s more of a two-dimensional circle where the line of sight is broken by vertical obstacles like stairs, slopes, or payloads. While this “bug” is extremely irritating for Brigitte players and their teammates, it makes it necessary for players to gather around Brigitte for Rally to be effective.

As a fun bonus, one fan said that the “bug” even works within the Overwatch universe’s lore. Despite being Torbjörn ‘s daughter, Brigitte trained her skills under tank hero Reinhardt. Reinhardt’s ultimate, Earthshatter, is also routinely circumvented by slopes and stairs.

Although the “new bug” turned out to be a common issue, it doesn’t mean that it won’t be fixed in upcoming game updates. Until that time, make sure that your critically-injured allies aren’t walking up the stairs when you cast Rally.