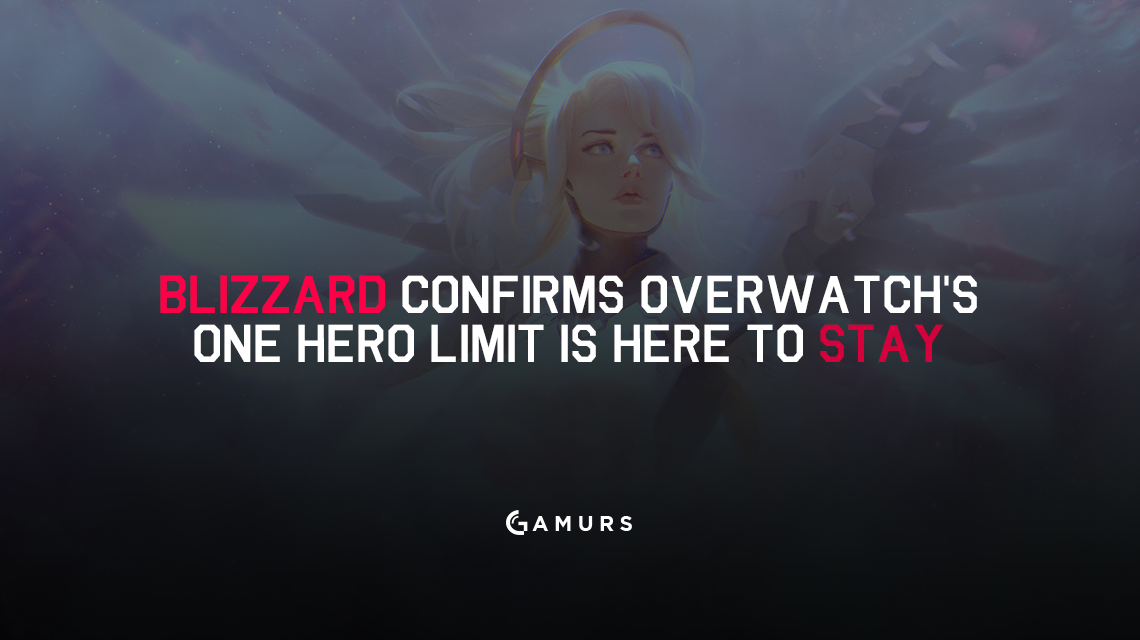 With rumors and speculation running rampant, Overwatch gamedirector Jeff Kaplan put it all to rest with a quick reply on Blizzard’s forums today.Season 1 of Blizzard’s FPS’s Competitive Mode saw a one hero limitimplemented before it launched, and it seems as though they will besticking to their guns for now.

“We’re not going to remove it,” said Kaplan on the hero limit.”The response has been really good. We’re keeping it for Season2.”

While Competitive Mode is outside of traditional Overwatchesports, most tournaments and organizers will end up following suitwith what Blizzard aligns with, so this confirmation is welcome toall involved in the scene.

Speculation began on the forums recently as Blizzard’s stance onthe subject took a change right before the first season ofCompetitive launched at the end of June. Before that, Blizzard tooka hardheaded approach to the subject by constantly saying thatclass stacking was a part of the game and a core idea ofOverwatch’s gameplay. But as the Competitive scene got morepopular, un-entertaining and annoying compositions began to takeshape, such as the infamous 2 Tracer, 2 Lucio and 2 Winston metathat dominated the scene before the one hero limit wasinstalled.

The ability to stack multiples of the same hero became a mundaneand game-breaking situation, as most players and spectators willnow agree that a one hero limit is when Overwatch at its best.Otherwise, cheesy stacking compositions dominate the scene and makeOW esports less enjoyable for everyone involved.

What do you think of the one hero limit in Overwatch? Letus know in the comments below. Follow @GAMURScom for more Overwatch esports news andfeatures.