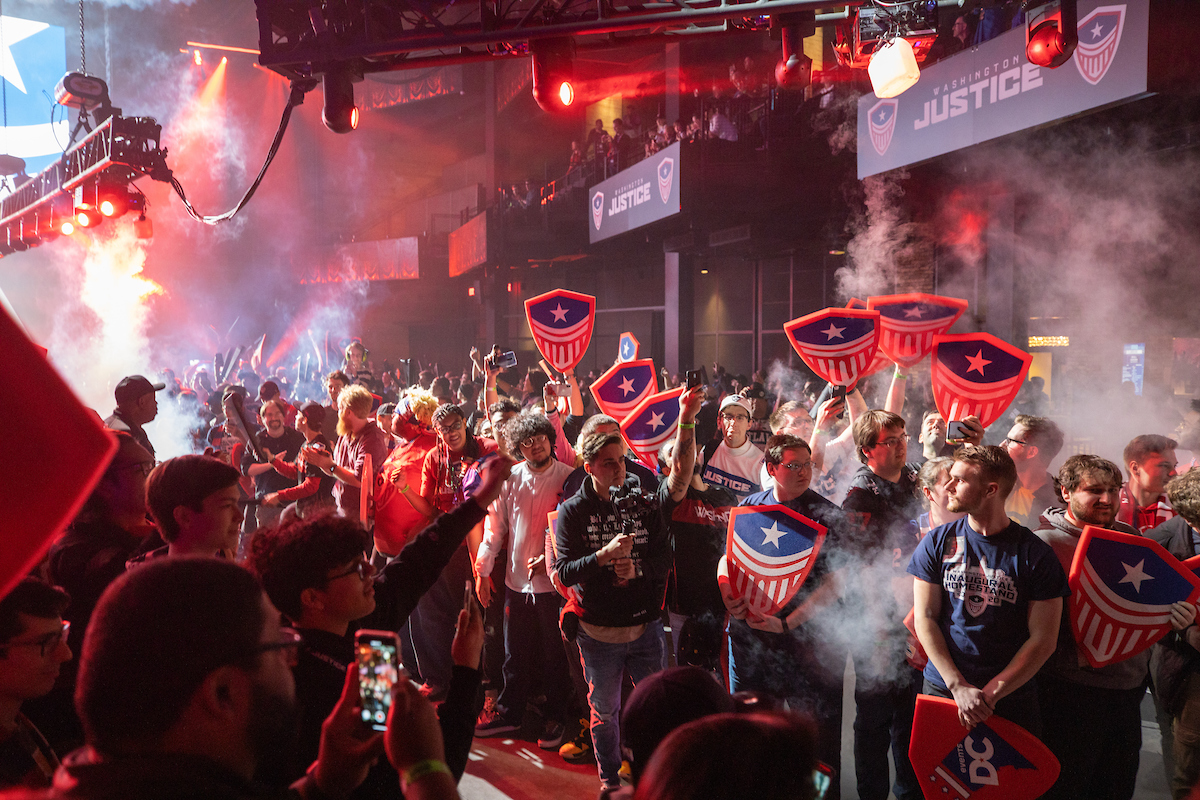 Every good story deserves a sequel. This weekend, the Overwatch League returns to Washington, D.C. to begin the “Battle for the East Coast.” The league’s first D.C. homestand on Feb. 21 led to the Philadelphia Fusion’s Atlantic Division dominance and a record-breaking seven map showdown between the Houston Outlaws and Boston Uprising.

Players and fans at this second D.C. homestand get to be the first to experience the effects of Hero Pools in the Overwatch League. Four heroes are effectively “banned” from competitive play per weekend and teams have to work with the heroes that are left. Reinhardt, Moira, McCree, and Widowmaker can’t be played in D.C., which may have interesting consequences for this weekend’s top showdowns.

The first match of the weekend is a battle of rising and falling stocks. The Florida Mayhem have had a rough start to their season with a 1-3 record that includes two 3-0 stomps. Florida gave the London Spitfire a true fight last week, however, and it appears they’re gaining momentum. Toronto also comes into this week with a 1-3 record, but their latest showings have been mediocre at best.

With few hitscan heroes available for the Defiant, they’ll have to rely on flex DPS Lane “Surefour” Roberts to bring the heat against Mayhem DPS standout Kim “Yaki” Jun-gi.

The Outlaws won their first match of the season in front of their wild home crowd last weekend, bumping up the team’s morale. With a history of questionable decisions on non-hitscan DPS, however, the team may not perform well with this week’s Hero Pool selections.

Paris, on the other hand, has been taking names in the Atlantic Division, coming into this weekend with a 3-1 record. With main tank Benjamin “BenBest” Dieulafait losing his signature Reinhardt to Hero Pools, Paris may be forced to get a little creative. This match may be the best chance for fans to see teams get wild with tank selections, considering Houston main tank Austin “Muma” Wilmot has a certain affinity for Wrecking Ball. Either way, fast-paced and weird compositions will likely show up in this match.

At their last homestand, the Washington Justice faced unfortunate defeats in front of their home crowd. This match is the best likelihood for the Justice to take a win when it matters most. The Boston Uprising haven’t done well, but they’ve faced incredibly strong opponents at previous homestands. With Hero Pools, Boston has lost their secret weapon in the form of DPS Min “Jerry” Tae-hui, who’s been destroying enemy teams on McCree.

Unfortunately for the Uprising, Justice DPS Corey Nigra can still bring out his signature Hanzo. It’ll be up to the Uprising’s supports to sidestep his arrows while avoiding Ethan “Stratus” Yankel’s likely Doomfist domination.

Day two kicks off at 2pm CT with a match that may have actual leaderboard consequences. The Philadelphia Fusion are undefeated and have been rolling through the Atlantic Division with relative ease. A win against the Paris Eternal means that Philadelphia have demolished six of their nine enemy division teams. With five DPS players waiting in the wings, Philadelphia likely won’t suffer from Hero Pools, either.

For Paris, the stakes couldn’t be higher. After a surprise win against Atlanta last week, the Eternal’s value has gone up in the eyes of fans and analysts. A win against Philadelphia could cement them as a true contender in the Atlantic Division.

After some rough results at the season’s first few homestands, the New York Excelsior are getting back to business as usual. With talented DPS players and a flexible main tank in Kim “Mano” Dong-gyu, Hero Pools shouldn’t bother the Excelsior whatsoever.

If the Washington Justice win their first match of this homestand, which they should, they’ll be coming into this difficult match with renewed focus. It’s still not pretty for the Justice, who absolutely lack the coordination that makes the NYXL so difficult to deal with.

This is the first game including a homestand home team that isn’t the last match of the day. NYXL takes on the Justice at 4pm CT on March 8.

If there was ever an opportunity for the Atlanta Reign to go full “clown fiesta,” this match is going to be it. Even though the Reign unexpectedly lost to the Paris Eternal last week, they took their time demolishing the Toronto Defiant before that. Reign DPS Andrej “Babybay” Francisty even locked in Torbjörn for good measure.

We’re likely to see the same level of showmanship here, considering the Boston Uprising’s record. Boston’s only chance at a win rides on their ability to capitalize on the Reign’s mistakes the way the Eternal did.

The second Washington Justice homestand begins at 2pm CT on March 7 when the Florida Mayhem take on the Toronto Defiant.