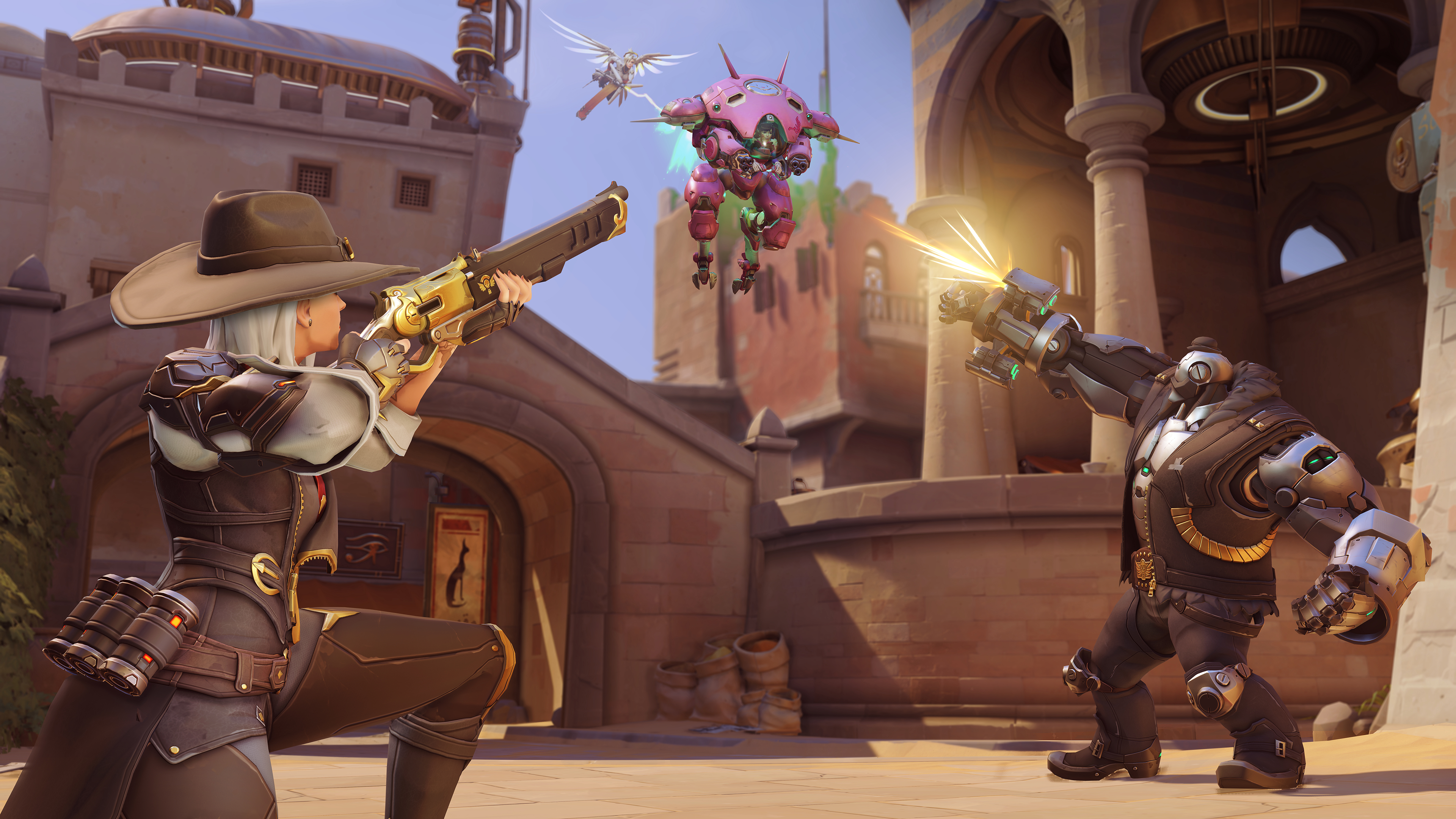 Overwatch’s new sharp-shooting hero, Ashe, could be added to the game’s test server as soon as today. Introduced on Nov. 2 at BlizzCon 2018 in Anaheim, California, Ashe was available to attendees to test out—but everyone else’s chance is coming soon.

Lead hero designer Geoff Goodman told fans during the Overwatch World Cup that Blizzard is trying to get Ashe on the PTR today. Goodman, however, didn’t make any promises. Things could go wrong, and Ashe may not make it onto the Overwatch test server today. Goodman said that if Blizzard doesn’t make the Monday test server release, then Ashe will be released later in the week.

Ashe was revealed during McCree’s Overwatch animated short at BlizzCon’s kick-off. The short, Reunion, had a few options for new heroes—notably, Ashe, B.O.B., and Echo. Immediately following the short, game director Jeff Kaplan confirmed that Ashe (with B.O.B.) is the 29th hero. A fierce gunslinger and leader of the Deadlock Gang, Ashe has history with McCree. We don’t know too much about their time in the Deadlock Gang, but we’re hoping to learn about their past as she’s added into the game.

Kaplan noted during BlizzCon to Eurogamer that the Overwatch team is currently working on six new heroes, one of which is “tentatively” Echo, the mysterious robot that’s been removed from the Route 66 payload.

Overwatch heroes are unveiled, typically, once every three months. Once Ashe is added to the test server, and later, the live game, we can start ticking down that clock again.