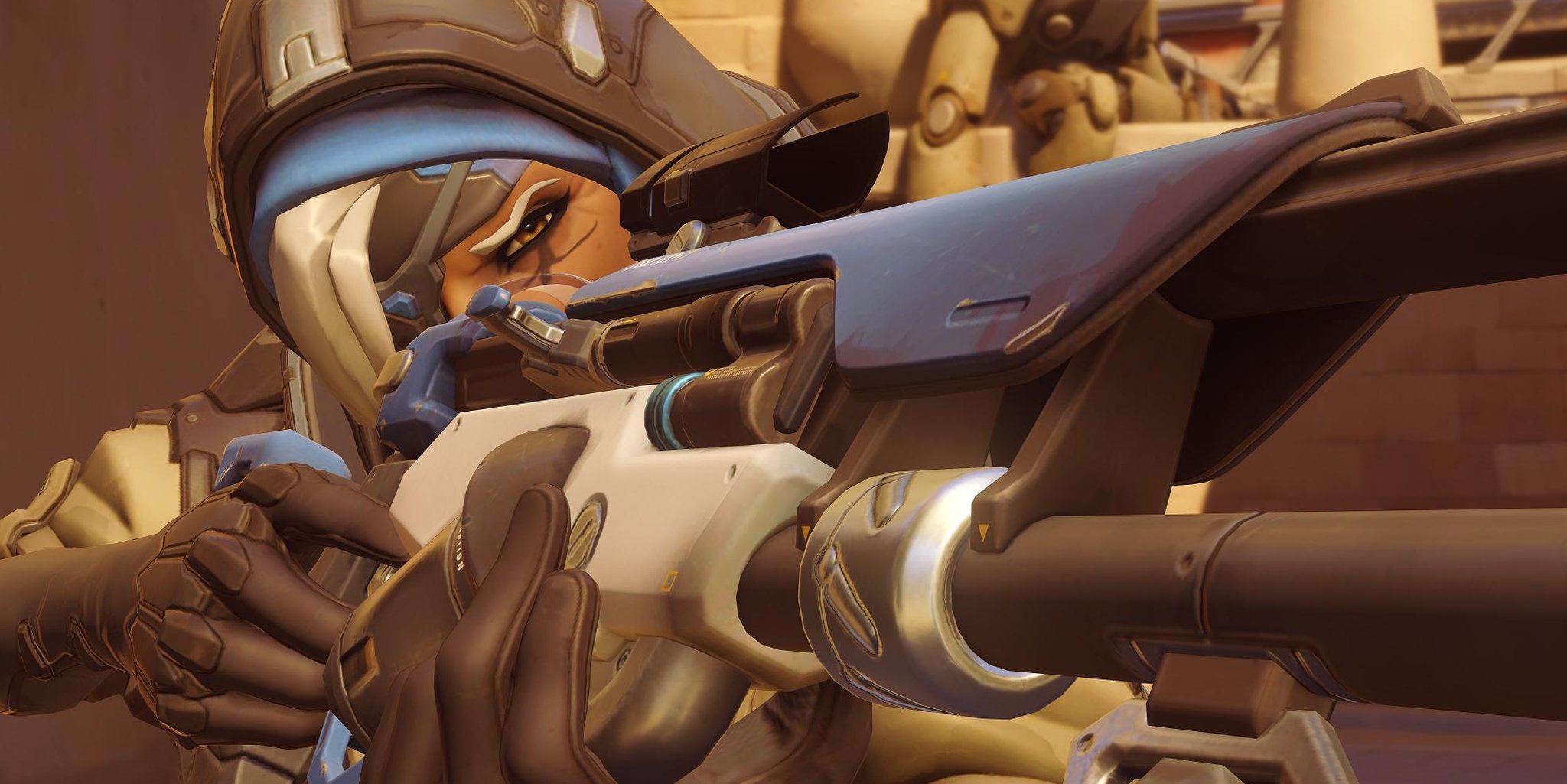 The first new hero to hit Overwatch since the game’s launch in late May is now playable on the live server.

The medic sniper Ana Amari is now healing and hurting with her Biotic Rifle on the live Overwatch server, bringing the cast of characters in the hero shooter up to twenty-two. This comes with a set of balance changes that should allow heroes like Zenyatta and D.Va to see more play ,as well as some major changes to Competitive Play, including the introduction of a hero limit which prevents teams from fielding duplicate heroes.

The shiny new toy, Ana, represents an exciting addition, expanding the support lineup in Overwatch from four to five heroes. But make sure you know what you’re doing before taking her into Competitive Play. The new medic has an “insanely high skill cap, potentially even the highest in the game in the game,” according to Cloud9’s support Greg “Grego” McAllen. So it will likely take some effort before becoming proficient with her. Check out our handy Ana guide for more details regarding Overwatch’s newest addition.

Patch notes are available here, and they include a bevy of big changes.

In addition to the new hero limit for Competitive Play, the Overtime mechanic received two big changes aimed at limiting the efficacy of stalling. After 20 seconds of Overtime, the Overtime timer will tick down faster, giving attackers less of a window to refresh it. In addition, respawn times have increased by two seconds during Overtime, meaning each kill will have more impact towards ending the game.

Self-healing now charges ultimates, adding a decision point on whether you want to heal damage dealt to you yourself or let, say, your Mercy build charge off that damage. As such, many ultimate charge times were adjusted.

The biggest changes came to D.Va and Zenyatta, two heroes who barely feature in the competitive metagame thanks to their weakness.

D.Va’s Defense Matrix received major upgrades that now allow her to serve as a true tank. Defense Matrix is now a toggleable ability with 4s of charge and a 1s cooldown, with that charge restoring over 10s. That means D.Va will be able to make sure she always has shield ready for important moments. Plus, her ultimate, Self-Destruct, received a big power boost. It no longer damages D.Va, meaning she can hop out of her mech and go to town with her blaster pistol, and it now explodes after three seconds instead of four seconds. That one second may not seem like a long time, but in many cases that means there is no escape if she ults when she’s close to you.

Zenyatta also received massive changes that could make him a staple of Competitive Play. He now takes 200 damage—150 shields and 50 health—to kill, making him much more resilient. In response, his damage was nerfed from 45 per hit to 40, with his alternate fire receiving a slight buff to be brought in line. That makes Zenyatta a hybrid damage and healing beast, capable of surviving in the middle of the fray while dishing out strong damage and decent healing with his Orbs. Plus his ultimate, Transcendence, received a big buff. Zenyatta now zooms around the map with double movespeed while it’s active. That means the positioning requirement to use his ultimate is no longer so tight, and it now heals 300 health per second instead of 200, making it powerful enough to save your team from death against high damage ults like Pharah’s Rocket Barrage. Teams may now have a new option alongside Mercy’s Resurrection to deal with team-wiping ultimate combos.

Mercy received a couple small changes. Her ultimate no longer stops movement when used, but it now takes 30 percent longer to charge. That’s likely a strong change considering how quickly she was able to build resurrection in the past.

McCree fell out of the metagame when Blizzard nerfed his tank-shredding Fan the Hammer alternate fire. But this patch introduces a change that will make the cowboy a terror once again. He now deals full damage with his pistol for a longer range and deals less damage at extreme ranges. Overall it feels like a pretty big buff for the cowboy as he now dishes out tons of damage at the ranges where most of the game is played. That, combined with a slight nerf to Solider:76, requiring him to wait slightly longer before his reticle resets to perfect accuracy after firing a burst, could make McCree staple once again.

There were plenty more bug fixes and quality of life improvements, like the ability to adjust mouse sensitivity at a decimal level. Overall it’s really the biggest patch since Overwatch’s release, bringing a huge number of balance changes and a new hero that, combined with changes like the hero limit, will fundamentally shift how the game is played.