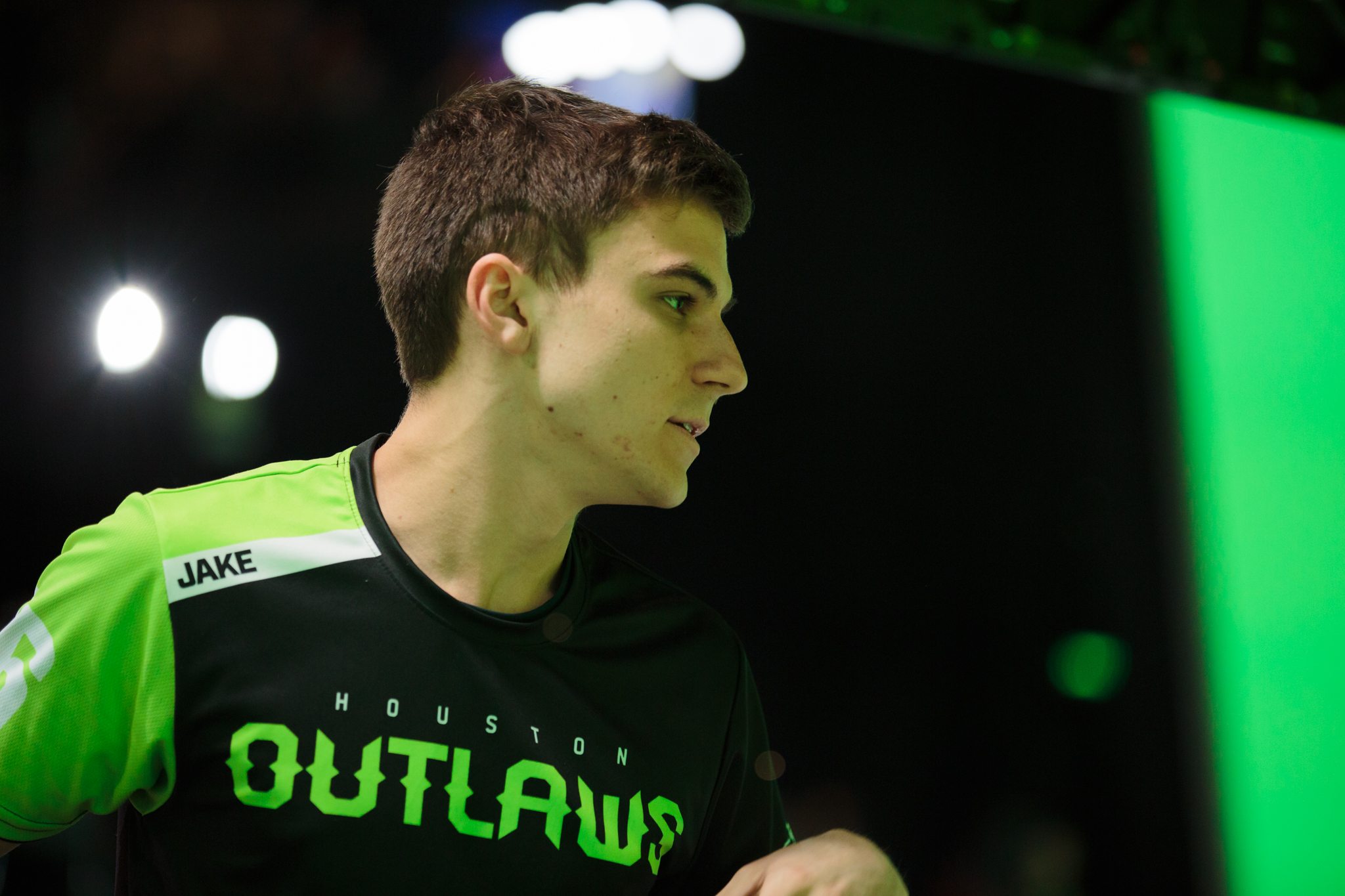 In the last match of Thursday’s Overwatch League schedule, one of the best teams in the league took on a middling squad with slim chances at making it into the stage one title matches.

To finish off the day, the 7-1 London Spitfire squared off against a 5-3 Houston Outlaws team that narrowly lost to Seoul Dynasty in their most recent match. The Outlaws needed a win in order to keep their post-stage hopes alive. London, on the other hand, are nearly guaranteed to make it to the $125,000 stage one finale. But they did not look like the favorite they were hyped up to be.

In the first game on Eichenwalde, Houston came out of the gates with sharp focus. Despite London taking control of the game early, the Outlaws regrouped and rebounded to hold off the Spitfire payload push on the bridge. This stand by the Outlaws was impressive, but the Outlaws’ push was even more spectacular. With relative ease, Houston rolled through the Spitfire defense en route to a game one victory.

Houston, with momentum on their side from a convincing first game win, didn’t let up at all on Temple of Anubis. Behind the play of trio Jacob “JAKE” Lyon, Matt “coolmatt” Iorio, and Jiri “LiNkzr” Masalin, the Outlaws continued to put pressure on London. The three players combined for 40 kills in game two, which was just eight kills less than London’s entire team totaled.

After taking the first two games and feeling a massive upset in the works, the Outlaws would not be denied a match victory on Oasis. Houston pushed through the third game with a 2-0 win to clinch the series over London and officially shake things up in the OWL standings.

Despite losing the first three games and the series in the process, London fired back to take the final game of the match on Dorado thanks to a 17-kill showing by DPS Ji-hyuk “birdring” Kim. Although the map win had no significance in the series, that victory could very much help them if they fall into a tiebreaker situation.

With the loss, London sits in second in the 12-team league standings. The Outlaws moved from sixth to third with their 3-1 victory, holding the tiebreaker over the other 6-3 teams—Boston Uprising, Los Angeles Valiant, and Seoul Dynasty.

The Overwatch League action will resume on Friday at 6pm ET, when the Dallas Fuel kick off the day with a battle against the hometown Los Angeles Gladiators.