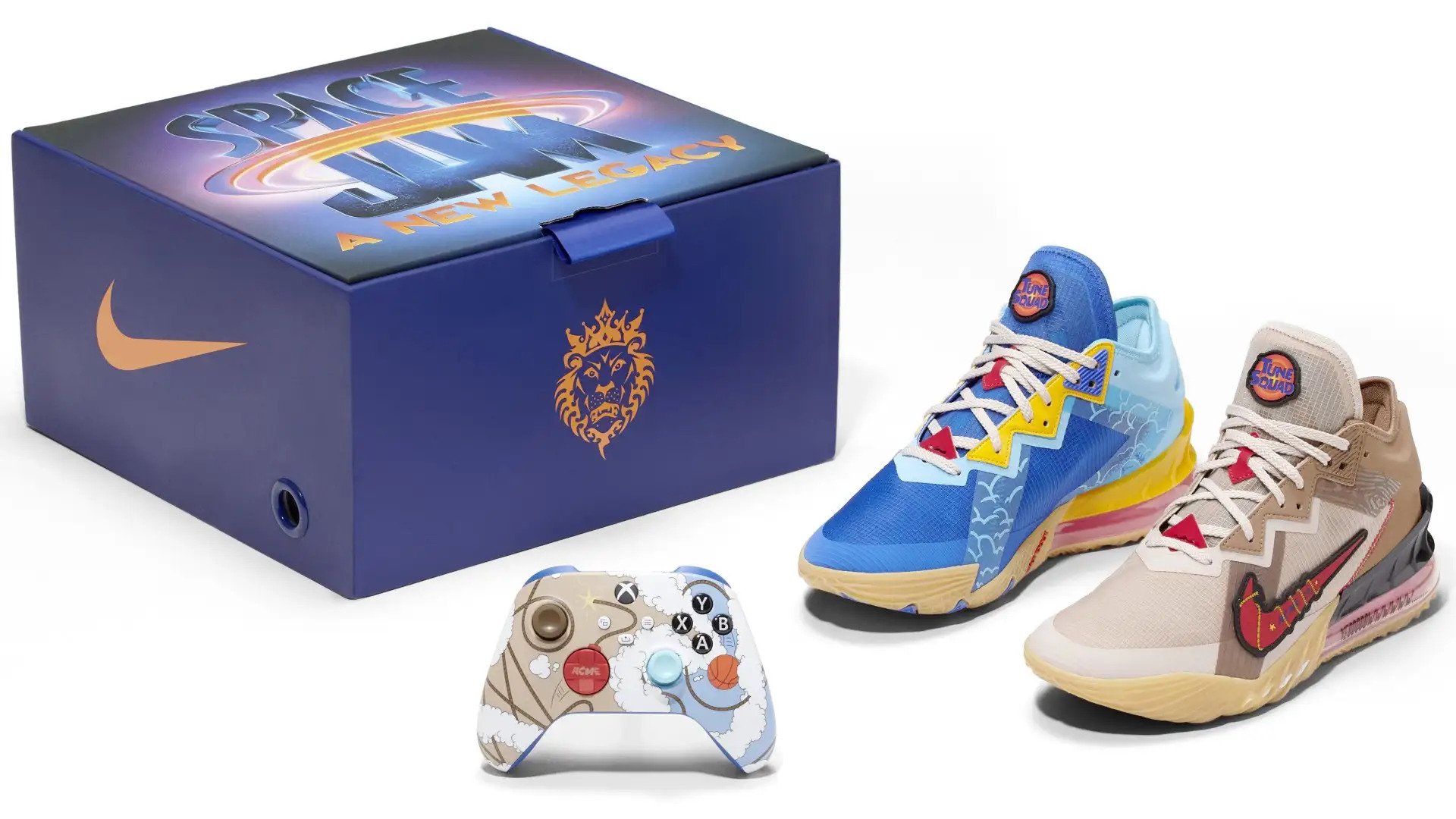 Xbox has revealed a new Space Jam: A New Legacy-inspired Xbox Wireless Controller and sneaker bundle in collaboration with Nike. The bundle will launch in the Nike SNKRS app on July 15.

The controller combines elements of both characters and shows the aftermath of one of their iconic showdowns, according to the latest Xbox Wire blog post. The controller also has a textured grip and hybrid D-pad that features the Acme logo, the infamous creator behind the traps Wile E. uses in the show. The sides of the controller even feature the iconic “Beep! Beep!” and “Yeeow!” voice lines from the two main characters.

The bundle launches alongside the new Space Jam: A New Legacy game, which releases exclusively on the Microsoft Store on July 15. Game Pass owners can already enjoy the game since it’s available as an Xbox Game Pass Ultimate Perk.

The exclusive bundle will be available in the Nike SNKRS app on July 15. Space Jam: A New Legacy releases in theaters on July 16 and will also be available to stream on HBO Max for the first 31 days.