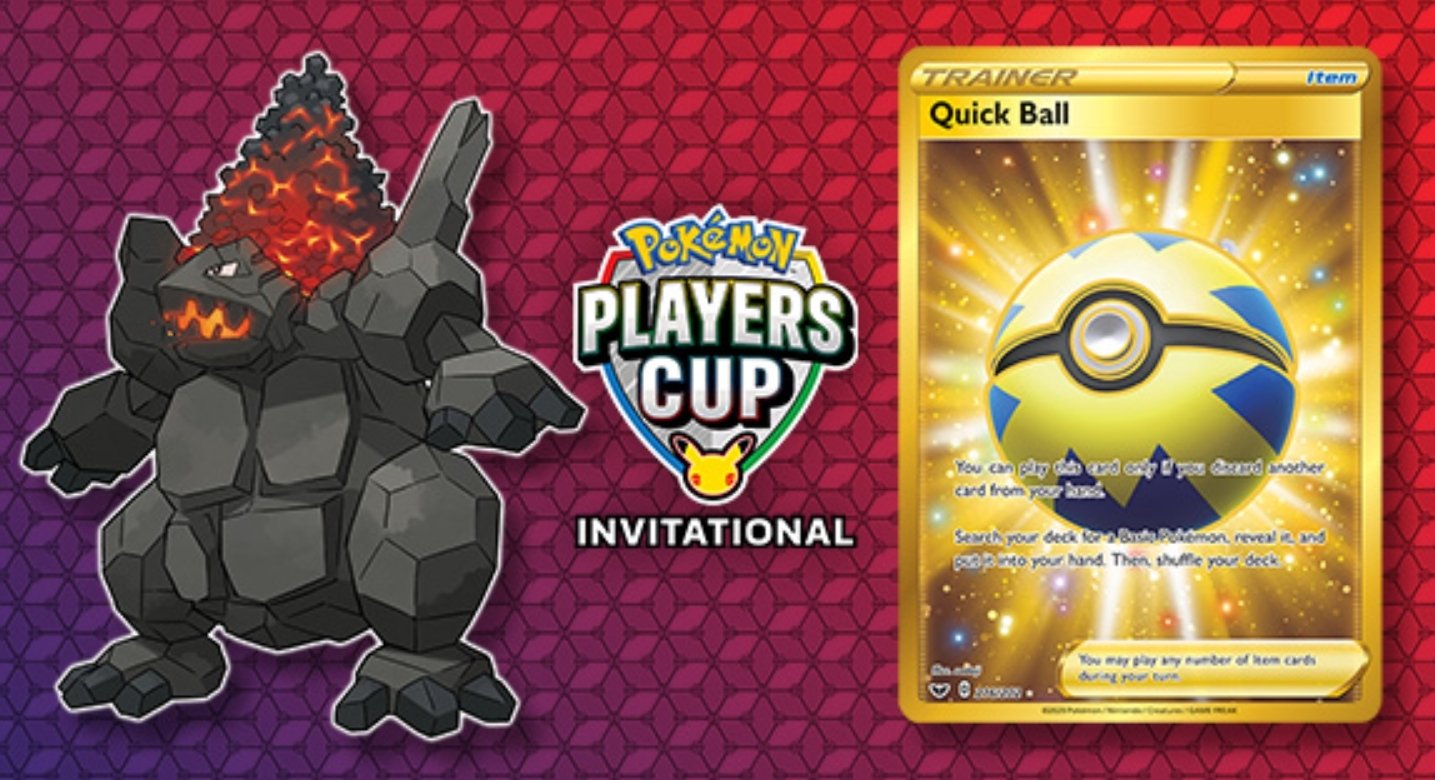 The Pokémon Company is providing fans with another set of special distributions to celebrate the upcoming Pokémon Players Cup 25th Anniversary Invitational, which will feature many of the top TCG and VGC players to ever compete in a Pokémon title.

For VGC players, the newest distribution will give them access to a competitive-ready Coalossal that was used on former Pokémon World Champion Wolfe Glick’s team during his winning run at Players Cup II last December.

This Coalossal will have its original trainer set to Wolfe and will be running all of the same IVs, EVs, and moves that were used during Players Cup II. It will be holding a Weakness Policy, have the Steam Engine ability, and be capable of Gigantamaxing.

A similar Coalossal was also heavily featured on Santino Tarquinio’s inaugural Players Cup winning squad, though some slight differences in training methods and natures make them two separate sets. Both Tarquinio and Glick will be participating in the 25th Anniversary Invitational.

TCG players won’t be left out either, with TPC dropping a special code that can be redeemed for a Secret Rare Quick Ball in Pokémon TCG Online.

The Quick Ball Trainer Card is heavily used, with more than 98 percent of players having at least one copy included in their decks during Players Cup IV. Its generic searching ability allows players to thin their decks, put useful material into their discard pile, and add a Basic Pokémon to their hand.

The Players Cup 25th Anniversary Invitational will be hosted from Aug. 13 to 15, with a full broadcast running on the official Pokémon Twitch channel.