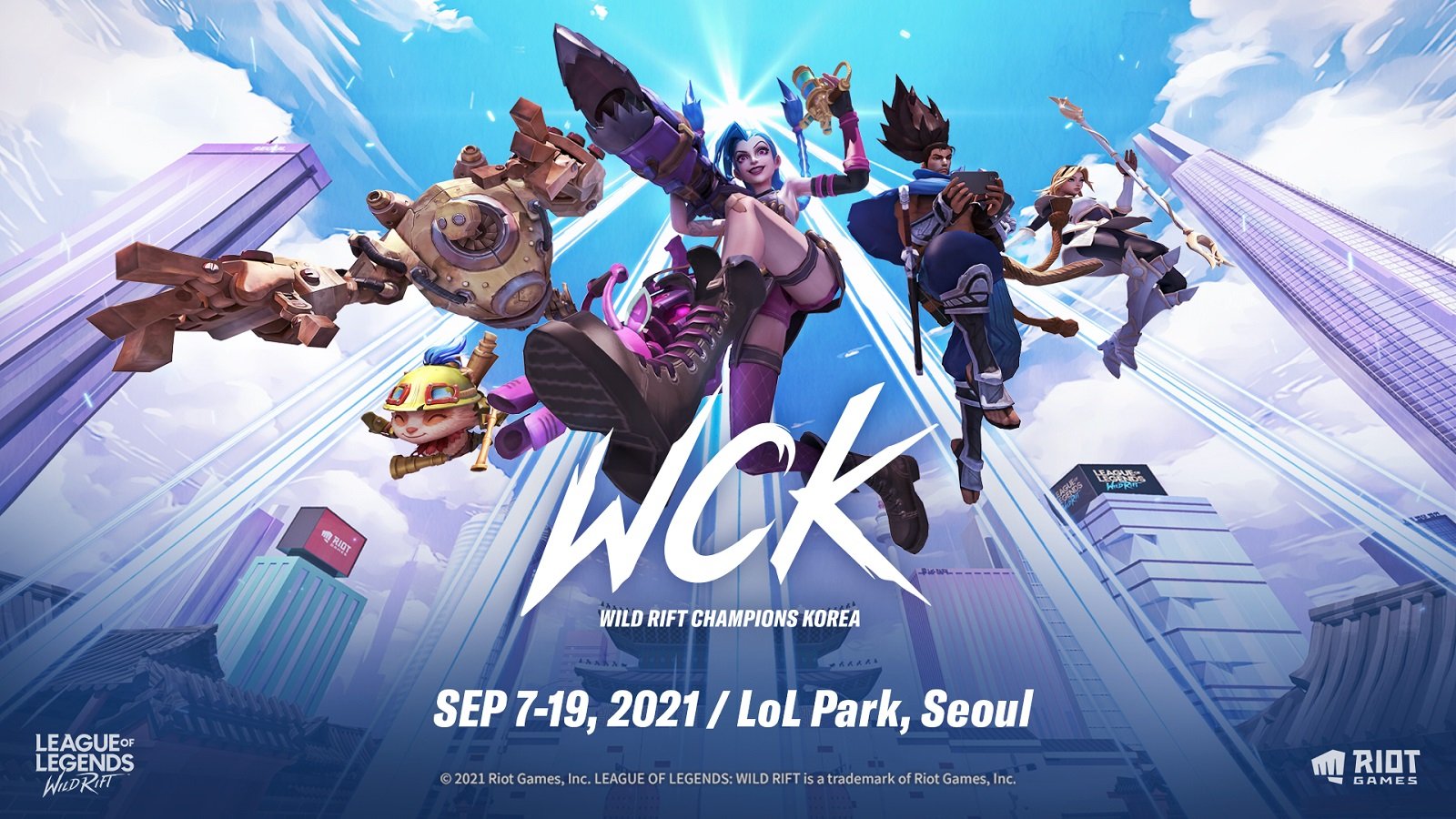 Eight teams will be competing in the League of Legends: Wild Rift Champions Korea (WCK) 2021 from Sept. 7 to 19. It features a prize pool of 80 million South Korean won (about $69,000), with the winner representing the country at the Wild Rift World Championship 2021. The competition will be played offline at the LoL Park in Seoul, South Korea. There will be no audience at the venue.

Three teams have been directly invited to the competition from the LCK. These are T1, Liiv SANDBOX, and KT Rolster. Five other teams have qualified for the WCK through the open-for-all Wariwari Rumble tournament, which happened last month. These are GLUK, Baby is 87, Break Frame Gaming (BFG), Let’s Go to Mars (LGTM), and Team NC.

The WCK has been split into the group stages from Sept. 7 to 12, followed by the playoffs between Sept. 16 and 19.

For the group stages, the eight teams have been split into two groups (A and B) of four teams each. They will compete in a best-of-three single round-robin format. This means that the teams will face every other team in their group once. The top two teams from each group will advance to the playoffs. The groups are as follows:

The playoffs will consist of the semifinals, a third-place match, and the finals. All matches, except for the finals, will be played in a best-of-five system. The grand finals will feature a best-of-seven series.

The tournament will begin at 3am CT on each day. It will be streamed on Wild Rift Esports Korea’s Twitch channel and the Wild Rift Korea YouTube channel.

Korea is the most successful region in League of Legends esports, having won Worlds six times since its inception in 2013. Wild Rift fans will be hoping that the country puts up the same performance in the mobile game as well.