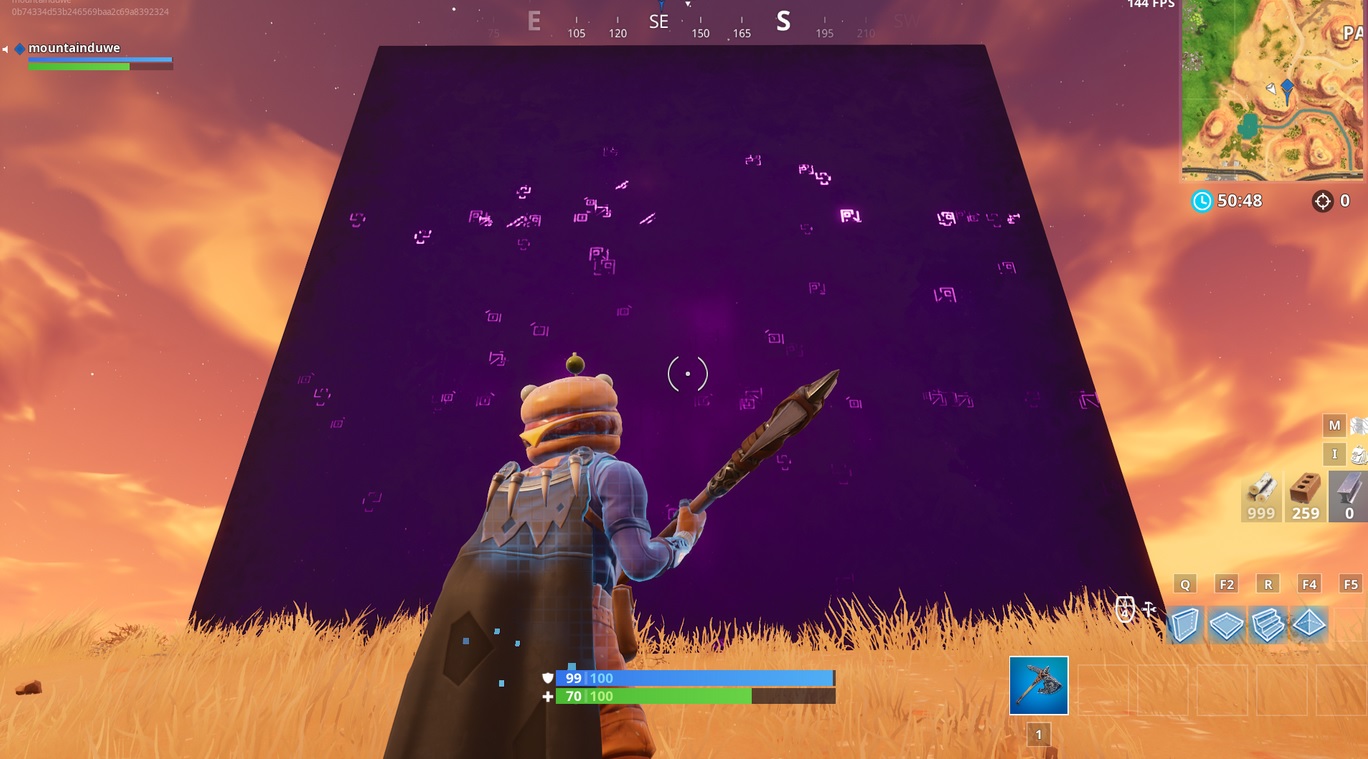 In the past week, a giant purple cube appeared in the Fortnite: Battle Royale map as a result of a powerful lightning strike. Like so many glowing purple cubes before it, it is no mere regular cube; It makes weird sounds, launches people like a trampoline, projects symbols, and it can even kill you if you attack it. Oh, and it can also move.

For some reason, the cube was not happy with its original location in Paradise Palms. It’s been moving, tipping over on one of its other sides, every 103 minutes. But nobody really knows where the cube is heading.

Some people have speculated it wants to go to Salty Springs, while some have said it’s making its way toward the center of the map, which is west of Dusty Divot. The cube is currently northeast of Fatal Fields near the dirt road. No matter what, you probably don’t want to be in its path when it moves because it’s already taken out trees that stood in its way.

While there is a great chance the cube’s pace will change or its destination will become more clear, you can actually watch the big purple thing move around the map if you time it right.

Like we said, it moves every 103 minutes. Paul Tassi of Forbes laid out a schedule over the weekend, which detailed the times it would be moving at its current pace. With its last movement at 10:51am CT, the next time it is supposed to move will be at 12:34pm CT.

After the 12:34pm appointment, Tassi jotted down the times it would continue to tip for the rest of the day. Here are today’s times that we expect the giant purple cube will move in Fortnite.

But until then, we’ll keep tracking the cube’s tipping of terror. Stay out of the cube’s path, kids.