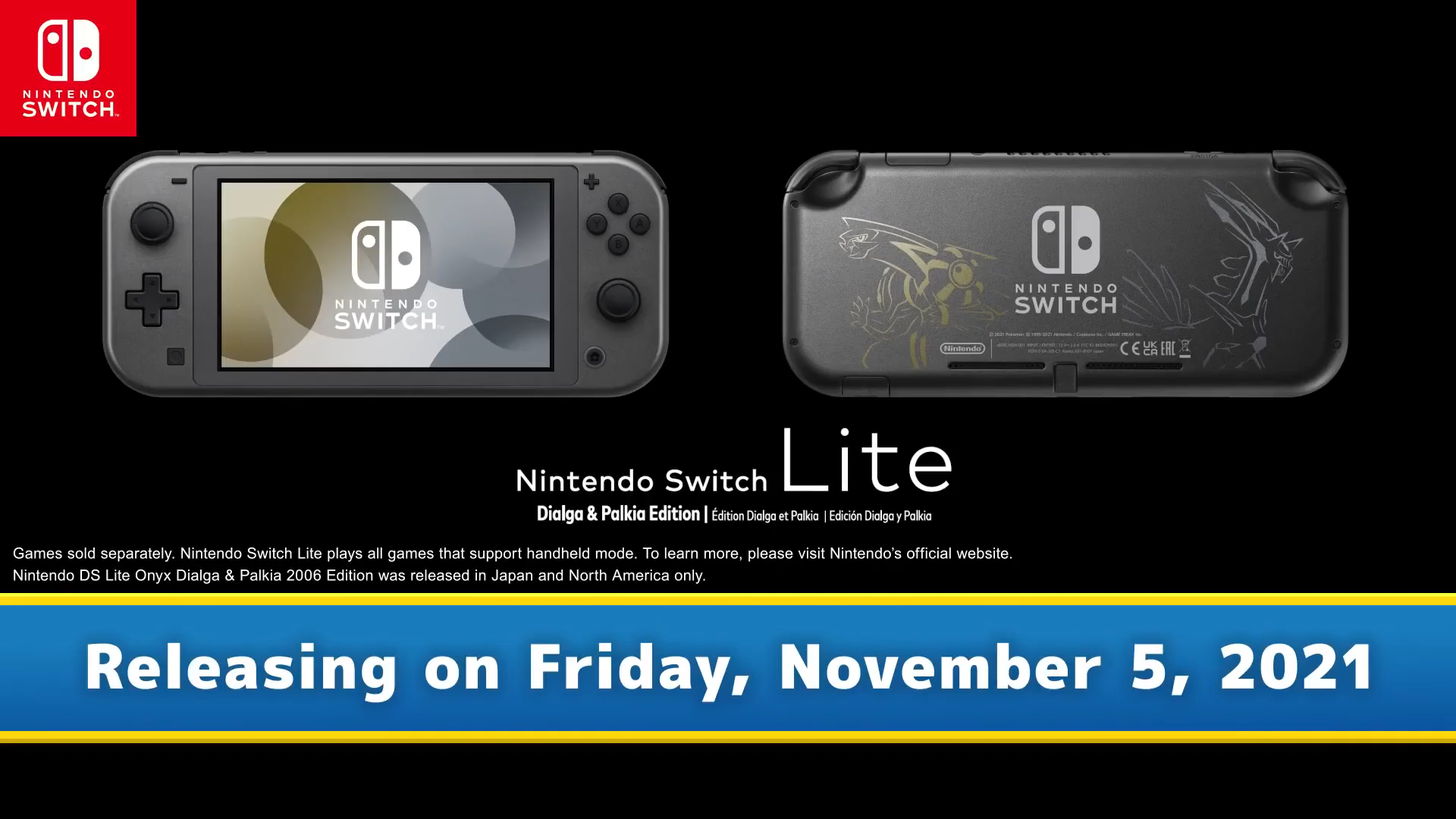 Pokémon Brilliant Diamond and Shining Pearl are coming to the Nintendo Switch this November. And to celebrate the remakes, the company is giving fans a special version of the console to play the game on.

The Dialga and Palkia Edition Nintendo Switch Lite was announced today during Pokémon Presents. It comes with a black finish and distinct art featuring the two popular Pokémon on the backside of the console.

While Brilliant Diamond and Shining Pearl won’t be out until Nov. 19, this new edition of the Switch Lite will be released a couple of weeks earlier on Nov. 5.

The console’s imaging mirrors that of the special edition DS Lite that launched in North America and Japan. With a similar black finish, both consoles have a gold etching of Palkia on the right side and a silver etching of Dialga on the left.

Though you can already pre-order Pokémon Brilliant Diamond and Shining Pearl from the game’s official website, Nintendo has not yet released information regarding the pre-order of the special Switch Lite. But an image of the Dialga and Palkia Edition console was added to the game’s pre-order page today, suggesting that pre-orders for the console could become available in the near future.

Considering the fact that you can already pre-order the video games, which release later than the console itself, it’s safe to expect that pre-orders for the console will begin soon.

This article will be updated once pre-orders for the Dialga and Palkia Edition Switch Lite officially begin.