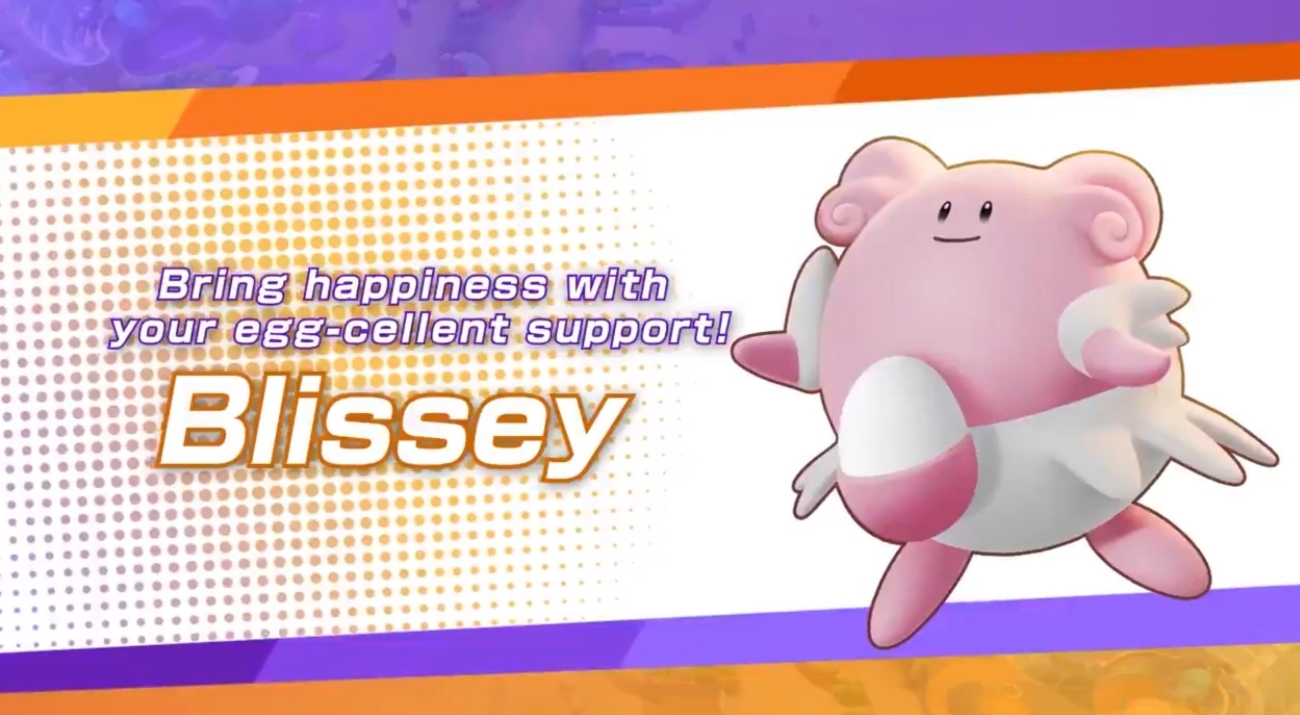 Blissey is joining Pokémon UNITE’s playable roster on Aug. 18, giving players another option when building their team around a healer.

Most players were expecting Blastoise to be the next Pokémon released, since it was already revealed and had information readily available from earlier builds of the game. But TiMi Studio likely fast-tracked the new Supporter to provide more variety to players who want some diversity in their healing.

This announcement was the first time players officially got a glimpse of Blissey, though details and screenshots about the Pokémon leaked early.

Blissey will have the moves Egg Bomb, Refresh, Softboiled, and Heal Pulse. Its Unite Move is called Bliss Assistance and will act as a way for players to quickly reach their allies and help defend them in tight situations, while the Pokémon itself will generally focus on healing and boosting ally attack speed.

Based on the previous post-launch Pokémon Gardevoir, players can expect Blissey to go live on UNITE’s servers at around 2am CT on Aug. 18, with barely, if any server downtime at all leading to the character being added. There will be an update to download after loading up the game, however.

As for an additional release calendar for new Pokémon, we know Blastoise is on the way and is pretty close to being game-ready, though there is no window for when the Water-type could drop. TiMi has not shared any other potential DLC plans or Pokémon yet.