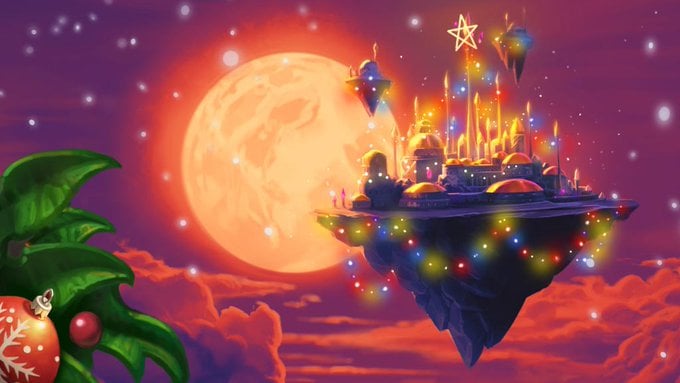 The city of Dalaran is bright with Christmas lights now that Hearthstone’s Winter Veil event has begun. But the festivities won’t last forever, so fans of the game best be sure to celebrate the holiday season before it’s time to tear down the decorations.

Hearthstone’s 2019 Winter Veil kicked off earlier in the week and introduced a new Tavern Brawl named Decorating Dalaran. The Brawl requires players to craft a deck and face off against the floating city. As players attack the NPC, the city of Dalaran gains health based on the damage received. Players will need to get Dalaran to 30 health to win the game.

A new holiday-themed Tavern Brawl will arrive each week of the Winter Veil event. Fans who participate in the fun will be able to earn the Winter Veil Treat card back, which resembles a gingerbread cookie.

This year’s Winter Veil is offering fans a new limited-time bundle named the Winter Veil Wonder Bundle from Dec. 19. The bundle will feature 30 card packs and a new Druid Hero skin named Dame Hazelbark for $24.99. The card packs include six packs from The Witchwood, The Boomsday Project, Rastakhan’s Rumble, Rise of Shadows, and Saviors of Uldum sets.

Three of the sets from the bundle, The Witchwood, The Boomsday Project, and Rastakhan’s Rumble, will rotate out of the Standard format early next year. Cards from these three sets will no longer be available to use in the Standard format when the first expansion of 2020 goes live.

Hearthstone fans will have until Dec. 31 to celebrate the holidays in the city of Dalaran before the Winter Veil event wraps up.