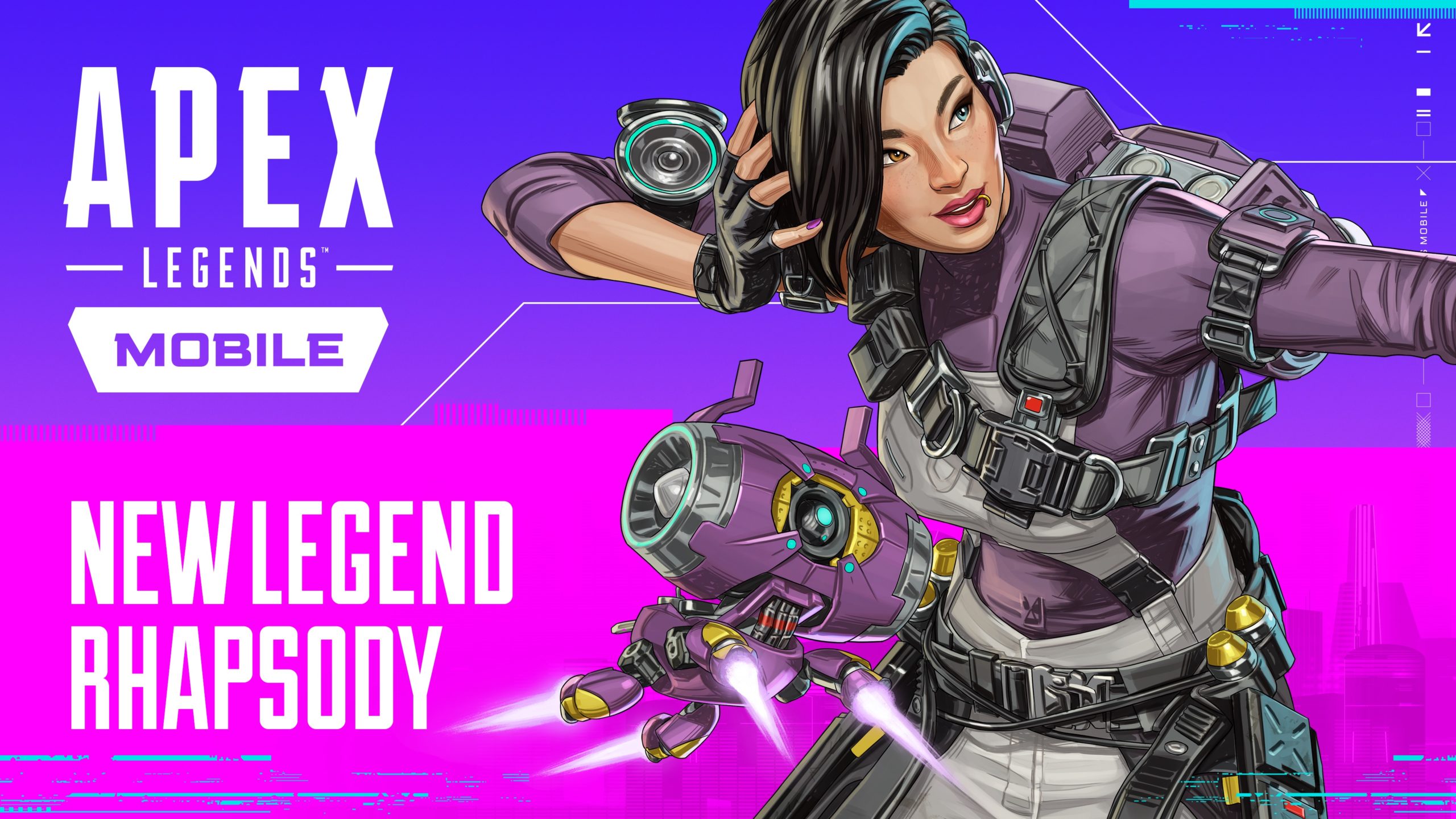 Apex Legends Mobile fans who can’t wait for new content to drop in the mobile hero shooter have a short wait ahead of them. The game’s second season, Distortion, is just around the corner, marking the end of season one, Cold Snap.

Distortion is bringing the deadly DJ Rhapsody, the game’s second mobile-first legend. Season one brought the debut of Fade, the mercenary-turned-gladiator who landed as one of the faces of Apex Mobile—and Rhapsody isn’t far behind him.

Rhapsody comes from the Cyberpunk 2077-esque Kómma, ruled over by the tech giant Pythas Inc. A staple of the vivid (and dangerous) nightlife district of Neon Dunes, Rhapsody is also bringing her robot sidekick, Rowdy, to the Games, and she will use her music to help make her the Apex Champion. She’s fighting in the bloodsport to keep her family safe after her mother was fired from Pythas Inc. for discovering company secrets.

In addition to Rhapsody, players can expect a series of changes to come with season two, though Respawn has not yet detailed all the tweaks and balancing adjustments coming in. This will be the first full-fledged season to release since the game’s launch, so balancing adjustments, improvements, and general changes aren’t out of the question.

Distortion kicks off on July 12, exactly two months after Apex Mobile launched. Respawn revealed the Rhapsody teaser on Thursday, July 7, just five days before Distortion’s debut, which somewhat follows the established format for the base Apex.

Apex Mobile players can expect shorter seasons, with them running for approximately two months instead of the usual three months in the regular version. Each new season in Apex Mobile will launch a couple of weeks after the midseason events in its PC and console version, meaning players can use that as a baseline.

That said, Respawn continues to use Tuesdays and Thursdays as prime days for its announcements in Apex Mobile, meaning players can expect major teasers and events to drop on those days.