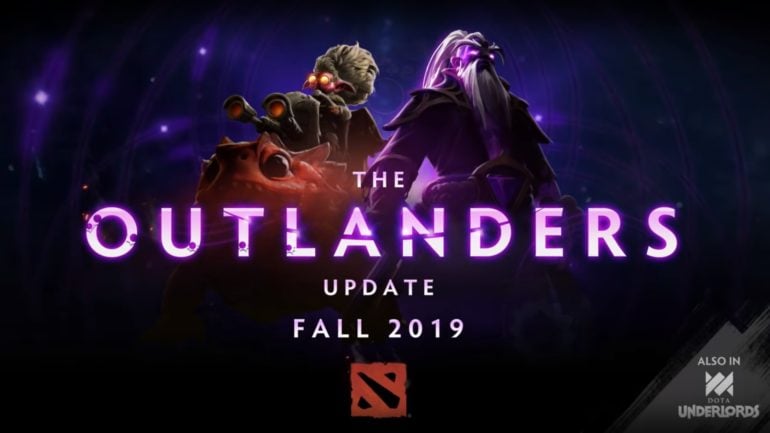 The first Major of the Dota Pro Circuit season is done, which means it’s time for the first big patch of the season.

The assumed 7.23 update will bring a ton of fixes and changes to the main roster of Dota 2 to directly reflect the last month of the game. But on top of everything else, it’ll also mark the launch of the Outlanders Update and both Snapfire and Void Spirit.

Dota fans have been patiently waiting for this moment since the update was announced at The International 2019. And thanks to one of the game’s developers responding to a thread on Reddit, we now know that the planned release date for Outlanders is Nov. 26.

Barring any last-minute issues that delay the launch, players will have new heroes, items, and a full list of patch notes to mess around with before the start of December.

There’s no timeline on when the update will actually drop on Tuesday, but Valve seems to be partial to playing the middle ground so that as many players across the world can enjoy it on day one. That typically means it’ll release at either 2pm or 3pm CT, but it could be delayed until later in the evening like the last big patch was.

A potential delay will heavily depend on how easily Valve can implement any new matchmaking updates that are bound to be included in 7.23’s framework.

Along with the new heroes, items, and changes to the meta, Valve also promised that there would be more content coming as part of the Outlanders Update that would add more to do in the game. Most fans suspect that it’ll be some extra game mode that has yet to be revealed.

For those of you who will be camping out at your PC, refreshing Steam while you try to push the download to appear, just know you likely have until at least 2pm CT on Nov. 26 before anything actually happens with the Outlanders Update or Patch 7.23.