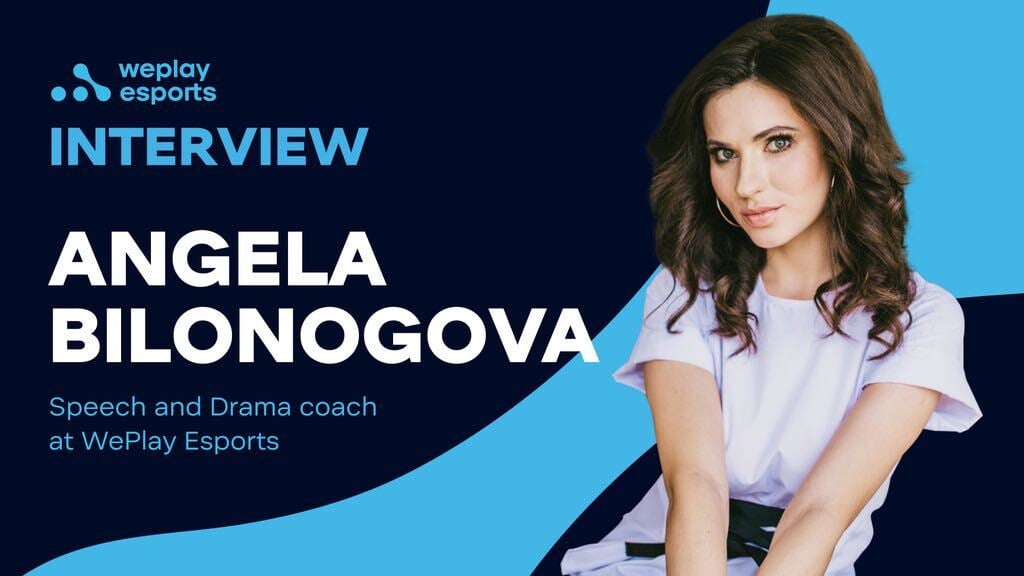 Tournament organizers in esports are constantly working on ways to improve the production quality of their broadcast through better overlays, transitions, and editing. There are others that focus on the personalities hosting the events, working with them to put out a high-quality product centered around the talent.

From Beyond the Summit to WePlay Esports, certain TOs want their hosts to be as involved in the tournament production as the players competing in the event. Ways these organizers have done this include throwing themed tournaments and having talent wear costumes, while others have done something as simple as filming skits to air live.

WePlay Esports is known for its themed events and letting the talent run wild on camera. And while the company expands into new areas of esports, like fighting games with Mortal Kombat 11 at WePlay Dragon Temple, WePlay’s speech and drama coach Angela Bilonogova spoke with Dot Esports about preparing the talent, approaching live performances, and how WePlay has evolved its productions over the years.

How long have you been working at WePlay Esports and could you name one or several ultimate goals that you work towards as a coach?

Bilonogova: For over two years. My work began when WePlay Esports started inviting talents and selecting the best ones to join the team. That’s when a need to train them arose.

Since the guys and gals come to us with no formal [acting] education, my main message, my greater goal is to give them such an education, give them the tools, teach them everything. My training essentially consists of giving the folks a new profession, as our training is no different from that given at Kyiv National Theater, Cinema and Television University, which I myself graduated from. Thanks to this, they can also apply the skills they acquire for acting in movies, working as presenters—not just at our company.

Training is structured so that we study everything—from the basics, to the most advanced level. And we learn something new each and every time, specialists are always growing and developing. The sky is the limit in this line of work.

Can you give an example of the very basics, the fundamental knowledge that you study and how you apply it to your practice?

Discipline is always key. It is the most important foundation we worked on first. Some of the students would come in just five minutes late, but they would be sent back home. The next time they came to class, they would be on time. After all, every time one of the talents or performers arrives late at the set, the company loses money.

Besides, such a person causes delays and makes the entire team waste their personal time. Discipline is the foundation of everything. It’s like theater beginning with a hanger.

The next foundation is working on articulation: breathing, vocal training, exercises involving tongue twisters. Another stage is body movement. It is how organically the body moves as a whole. During the first tournaments, the invited commentators could not stand up and take a glass naturally on camera. They didn’t feel at ease.

Working on body movement, on everyone’s on-camera presence is a huge part of the overall training. For instance, we had a Valentine’s Day-themed tournament. We created a cool concept, the presenters had gorgeous costumes tailor-made for them, but not everyone was feeling comfortable dressed in them.

How do costumes like that, or other props play into putting on performances in the esports space in your experience? And did the talent think they looked funny with them on?

Exactly, but that was the point! After all, a free person is also free of internal constraints. They go with the flow and are ready to exist in the given conditions. And it’s great! We are all adults, but part of the acting profession is an opportunity to be a child again. To live effortlessly! And when somebody thinks that they will look funny—it is because they have some kind of inhibition.

We have been working hard to neutralize these inhibitions, role-played situations with the students. Each of our talents has their own experience; there is something different bothering each one. It is natural that everyone needs to be challenged in a different way. One needs to work more on articulation, someone else on body movement. And teamwork helps everyone improve.

The camera always reveals gaps, errors, and shortcomings. The stage is primarily a magnifying glass for the viewer. Speech impediments or inhibitions in terms of arm movement will always be noticed. I remember an example from the theater when a young actor broke his partner’s hand during a handshake. He was so stiff that he just couldn’t control his own strength. A painful example, but it reflects reality.

What is the difference between a professional and an amateur? No amateur can compare to an actor with a specialized education. Why? Because it is also a sort of a drill. Not everyone can distribute their efforts correctly.

Can you elaborate on the concept of distributing efforts a little bit more and on how you might approach the various students that come in to learn to strike some kind of balance?

It is the skill of distributing one’s energy so that there is enough for everything, including rehearsals for the upcoming tournament, for instance.

The ability to focus on work and do it flawlessly, no matter what is the characteristic of a true professional. When a person is unmotivated, they are easy to upset. A button fell off, the battery on their mic died, their lips shine the wrong way—and they get angry or start panicking. A professional will just come and do the job. This is all very important for the production people. A live broadcast requires top performance.

So, the profession of a talent is a combination of many skills. What we did was improve these professional skills. Which, by the way, is quite evident compared to the first tournaments. Events then [in 2018] and now are worlds apart! As a professional, I see how everyone has come a long way.

To come and learn lines, perform one’s specific duties. If someone has a task to promote something, they must do it. A person also must be in sync with their partner on the air and not try to catch all the attention.

How often do you host these classes with your various groups? You mentioned them being frequent earlier, but how many times per week do you teach a class and is there a difference in how you approach each class?

Two-hour classes take place three times a week. We do two classes in a row to achieve some result. We can stay longer until we accomplish what I had in mind.

The lesson always starts with a warm-up, just like an actor’s work on camera. The person should do a light full-body warm-up so as not to feel tense. A student must get used to the location and get acquainted with colleagues that are also present in class or will work with them on camera. This makes it easier for performers to interact with each other.

After that, there is a voice warm-up: tongue twisters, reading a text in certain ways. Next comes improvisation.

What type of improv do you focus on? Is there a specific approach you take when teaching the act of improvisation or do you generally touch on multiple principles?

It can be done in different ways. For example, there is improvisation for memory development. We say a word and select distant associations for it, four words apart. This helps a person learn to think and fantasize quickly. One can do this exercise with partners because it is also interesting to observe their train of thought.

Or the person can complete tasks based on given circumstances or conditions. For example, I say to the actor, “you are walking on ice,” and they start moving in a certain way. When I say “you are walking on thin ice,” the actors must consider these additional circumstances. These tasks force students to tap into their physical memory and remember how they act in such situations.

Professionals know how to bring back such memories at a given time. For example, I don’t need three hours to prepare to cry if I need to. I don’t have to listen to sad music or suffer. No, this is done very quickly. You remember some moments of your life and replay them right here and now.

How has all of this applied to your work with WePlay? You mentioned briefly that earlier tournaments feel distant from how you and the team work now. Is there a specific area that you can point to for those changes?

WePlay Esports has introduced new tournament standards. The company has grown; it has been rebranded. We now use the best costumes and decorations, as well as implement some very creative ideas. Actors and talents must rise to the occasion. They can no longer just sit still on camera.

What has changed is that talents start to work differently. My initial goal was to give them a profession. I’m no longer worried about it because I know that they will do their job well. In the context of our new tournaments, each of the talents will find how to express themselves and how to exist in a given setting. They already know that, for example, a scout costume implies one line of behavior, one way of being. If you are angels, you express your character another way. Our talents have grown professionally as they can do all this.

Of course, you should never just sit back and relax because it is all too easy to get out of shape. If you don’t practice for three weeks, it is as if you never did. Even despite the quarantine and the pandemic, each person has their task: to train and be ready to return to work at any time.

The guys and gals came to WePlay Esports with some experience. But only self-improvement and teamwork gives an opportunity to grow. There is no limit to perfection. There is always room to grow and something to work on. And each subsequent work will be better than the previous one. There is a golden rule: a person can consider themselves a professional after 10,000 hours of practice. This is true for any line of ​​work.

It is important to never stop in one’s self-development, to not be afraid to try something new, to not spare effort. In my last interview, I said that you need to create a readiness mode: a performer must be able to give their best at any moment. If you are not ready, there are already ten people standing by who will be ready. The world is developing very fast, and you need to keep up with it.