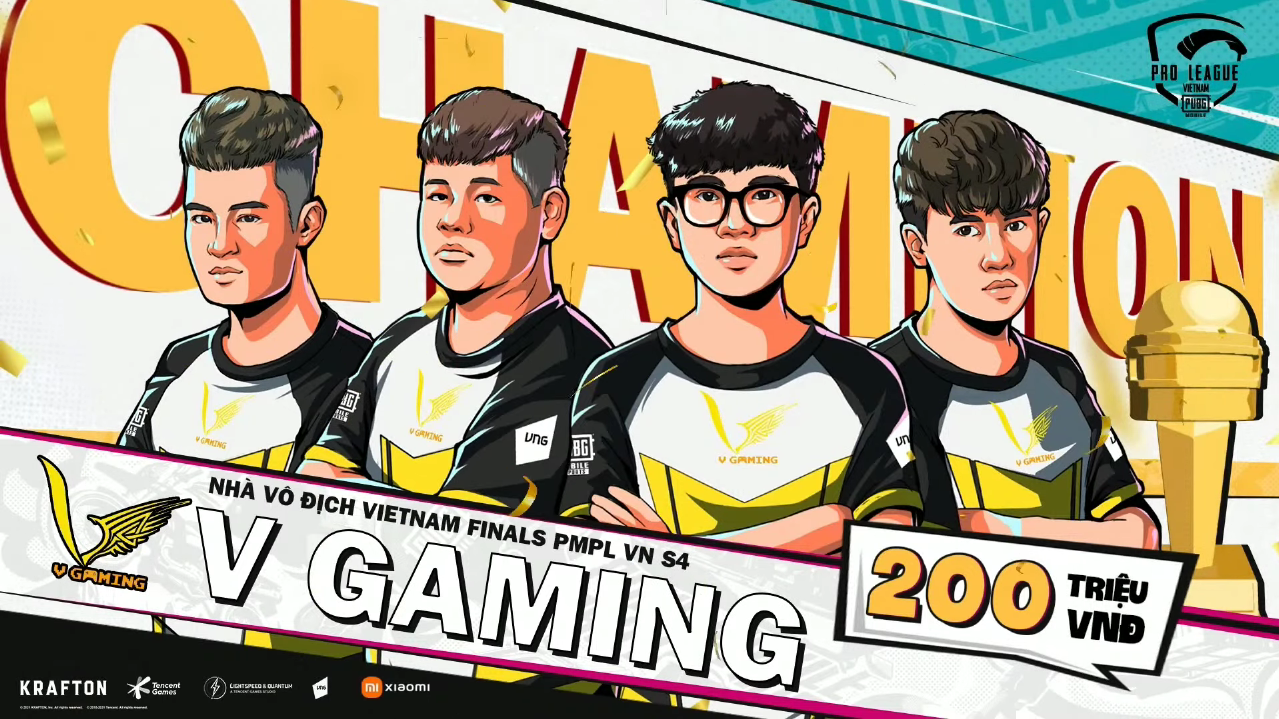 After placing fifth during the league stage, V Gaming put up a surprising performance in the country finals to win the PUBG Mobile Pro League (PMPL) Vietnam season four today.

V Gaming were crowned the champions today without taking a single chicken dinner across the 15 matches of the finals. It was their consistency that secured them the top spot at the overall standings, though. They came in the top four on nine occasions in the finals. With this, they accumulated 196 points, 47 ahead of second-place D’Xavier.

Related: Genesis Dogma and D’Xavier first two teams to qualify for the PMGC 2021

D’Xavier were the favorites in the finals after absolutely dominating in the league stage of the PMPL Vietnam. They had accumulated 552 points across the three-week league stage. The second-placed them were trailing them by a humongous 158 points. They were looking to cruise through the finals in a similar manner but were denied a victory by V Gaming. They still came in second place, though.

D’Xavier’s consistency throughout both seasons of the PMPL Vietnam in 2021 earned them the top spot in qualifications points towards the PMGC 2021. The team secured their ticket to the $6 million event, which will begin in November.

The top three teams from the PMPL Vietnam finals have advanced to the PMPL SEA Championship, where three more spots for the PMGC are up for grabs, according to Liquipedia. These are V Gaming, BN United, and Eagle Esport. D’Xavier qualified for the SEA Championship by winning the league stage.

Here are the overall standings of the PMPL Vietnam season four.