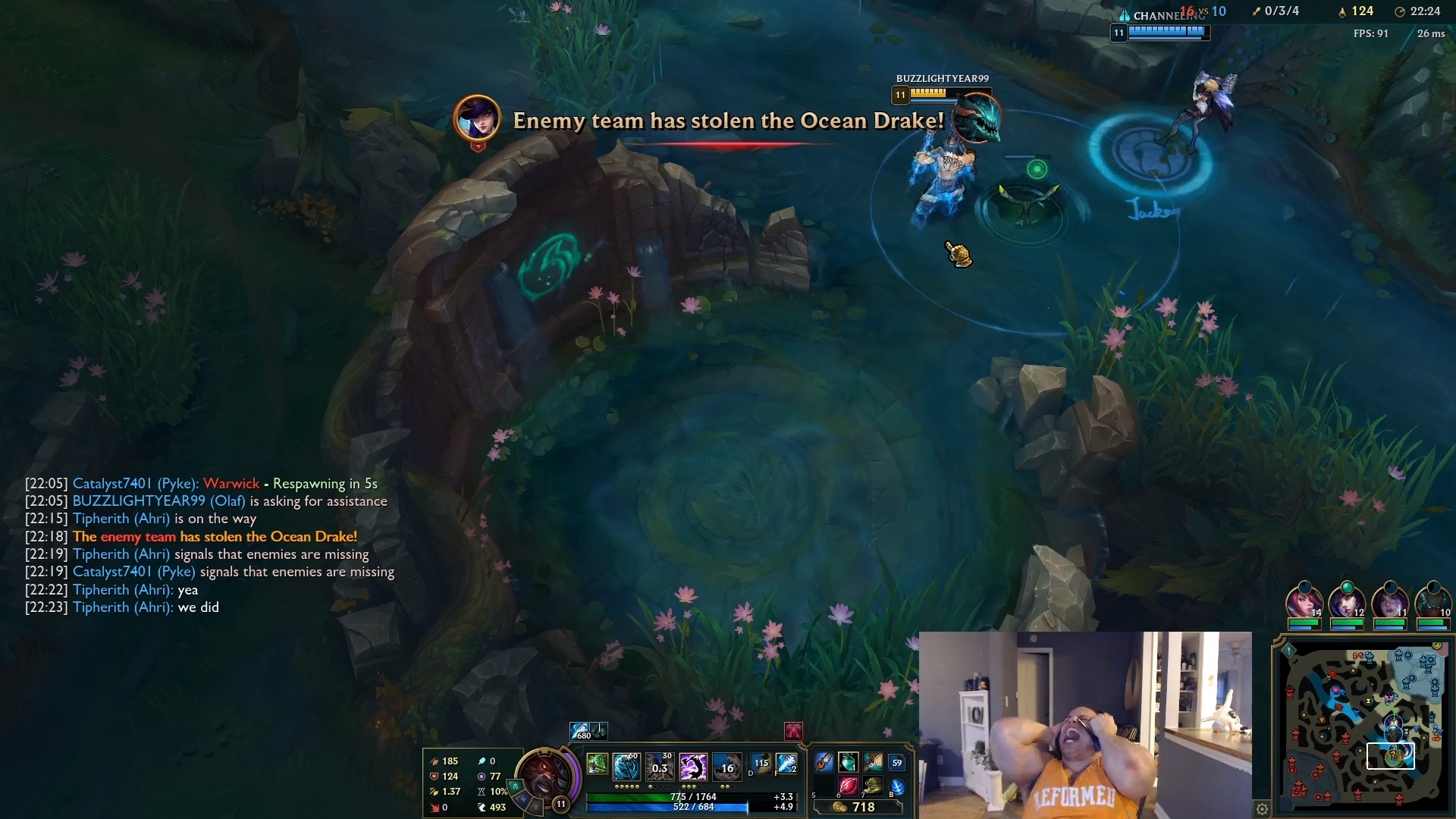 Sometimes, it’s just not your day. Tyler1 learned that today while playing jungle.

Tyler and his team were eager to take the Ocean Drake at around the 22-minute mark because that dragon would lead to a Dragon Soul. With the enemy jungler, Warwick, just respawning, it seemed “free,” as Tyler put it.

“Hit this fucking smite you stupid piece of shit, loltyler1,” Tyler said to himself as the dragon’s health dropped lower and lower. If only it were that easy, though.

Despite giving himself some encouragement, if you’d call it that, Tyler missed the smite, allowing the enemy team, who were behind the pit, to take the dragon. That did not please Tyler.

The “reformed” streamer snapped back in his chair and tore off his headset, breaking the right earcup in the process. He then let out several loud screeches, scaring his cat, which was laying down on the counter behind him, prompting it to run away. He then started a surrender vote.

He typed in the chat, pleading with his teammates to forfeit since he was a “piece of shit.” About 10 minutes later, Tyler’s team lost as he, playing Olaf, finished 0/8/10.