However there was more to winning the NA LCS. It meant that TSM was now participating in the Midseason Invitational, a new tournament introduced this year as a part of Riot’s e-sports overhaul. MSI is special in that every participant is number 1 in their respective region. While this tournament existed before, being called AllStars, MSI only focuses on the ranked 1 seeds whereas Allstars also had teams constructed off of fanvotes.

Coming into MSI, there was tremendous hype surrounding TSM. Their calculated and calm play clashed heavily with their European counterparts Fnatic. While Fnatic won thee EU LCS, taking out Unicorns of Love in the finals, it was albeit in a much more sloppy fashion with many agreeing that Europe was a step below North America.

Just around the corner of the Midseason Invitational, many people were predicting that TSM would win the tournament. It was an incredible wave of hype with many people believing that TSM would finish top 2 at the very least. This was aided by the fact that EDG’s manager stated that TSM looked strong in scrims and tweets from TSM members showed a lot of optimism. Locodoco, coach of TSM, tweeted “Expect the unexpected” perhaps hinting that TSM had a good chance of winning MSI.

The amount of hype surrounding TSM come MSI time was surprising. Prior international tournaments, there seemed to be little to no belief that a Western team would take out the Korean superpowers. During Worlds 2014, when TSM and C9 were both matched against Samsung White and Samsung Blue respectively in the quarterfinals, many seemed to agree that the tournament was all but over for North America.

However, this changed during IEM Katowice, where TSM went on to win the tournament despite big Korean names such as CJ Entus and GE Tigers were participating. The latter was defeated at the last place Chinese team at the time, with many regarding it as one of the largest upsets in competitive League history. 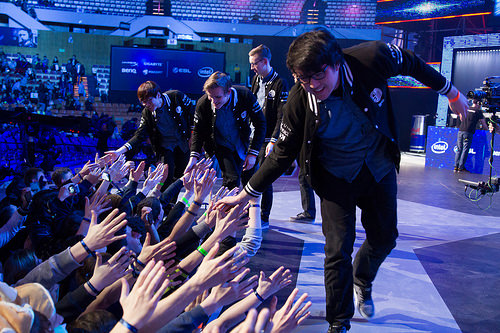 Perhaps after winning IEM Katowice and for TSM to absolutely crush the NA LCS playoffs, many regarded TSM to be a clear favorite in either winning the Midseason Invitational or at the very least, finish top 2.