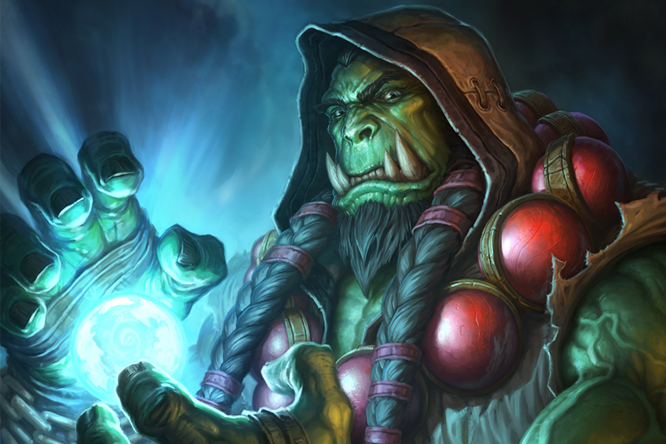 The Boomsday meta is well underway, and there are several decks emerging as powerhouses in the early days of the new expansion. One such list is Token Shaman.

Even in the new builds, Token Shaman does what it has always done—Fill the board with masses of small minions. The deck received a lot of new tools that enable it to jump ahead of the opponent like never before.

This deck is all about filling the board to pressure your opponent. Once you have a sizable position, you either run your opponent off the board or find lethal through Bloodlust. Thrall Deathseer and The Storm Bringer make for great back up plans as well.

Bloodlust should always be your first finishing option no matter what you’re up against. However, when up against fast and aggro, your primary goal is to control the board and grind your opponent down.

In that way, the game occurs through several stages. First, you use your strong early game to cement a foothold. Next build up to your beefier threats by using small bodies and buff cards like Flametongue Totem to get good trades. Once you’ve got the board, you either press with Sea Giant backup or push towards The Storm Bringer, Thrall Deathseer, or Bloodlust. If you don’t have those options, Kalimos, Primal Lord works to end games as well.

Several new cards have made their way into this build, and the two most important for swarm purposes are Voltaic Burst and Thunderhead. Each of those cards allow for massive amounts of token generation, giving you a small board out of nowhere. All it take is one or two overload spells to get your board back. This is a great way to respond to or bait our area of effect. It also sets up Bloodlust and, like the Sparks have Rush, can set up some great trades. Sort of like Unleash the Hounds.

Beyond that, Token Shaman now has access to instant board-generation cards like Giggling Inventor and Microbot Controller, as well as the incredibly versatile Electra Stormsurge. The legendary is value incarnate, enabling you to double up on powerful spells like Voltaic Burst, Feral Spirit, or Bloodlust. There is also Storm Chaser, another great value minion that helps you find your big finishing spells quickly and easily.

Always mulligan for the low end of your curve. You are an aggressive tempo deck, which means you need to get started as soon as possible. You never want games to drag on too long. For that reason, you want to keep or look for your one drops, as well as Knife Juggler and Primalfin Totem.

If you have a strong opening or a good curve, you’ll want to keep value three drops like Feral Spirit and Microtech Controller, as well as buff cards like Flametongue Totem and Earthen Might. Anything that costs more than three should be sent back.

This deck is a perfect mix of big finishers, powerful spells, and explosive starts. Trouble can emerge in later stages of the match, but if things go right you’ll never have to worry about that. Explode out of the gate and never look back.