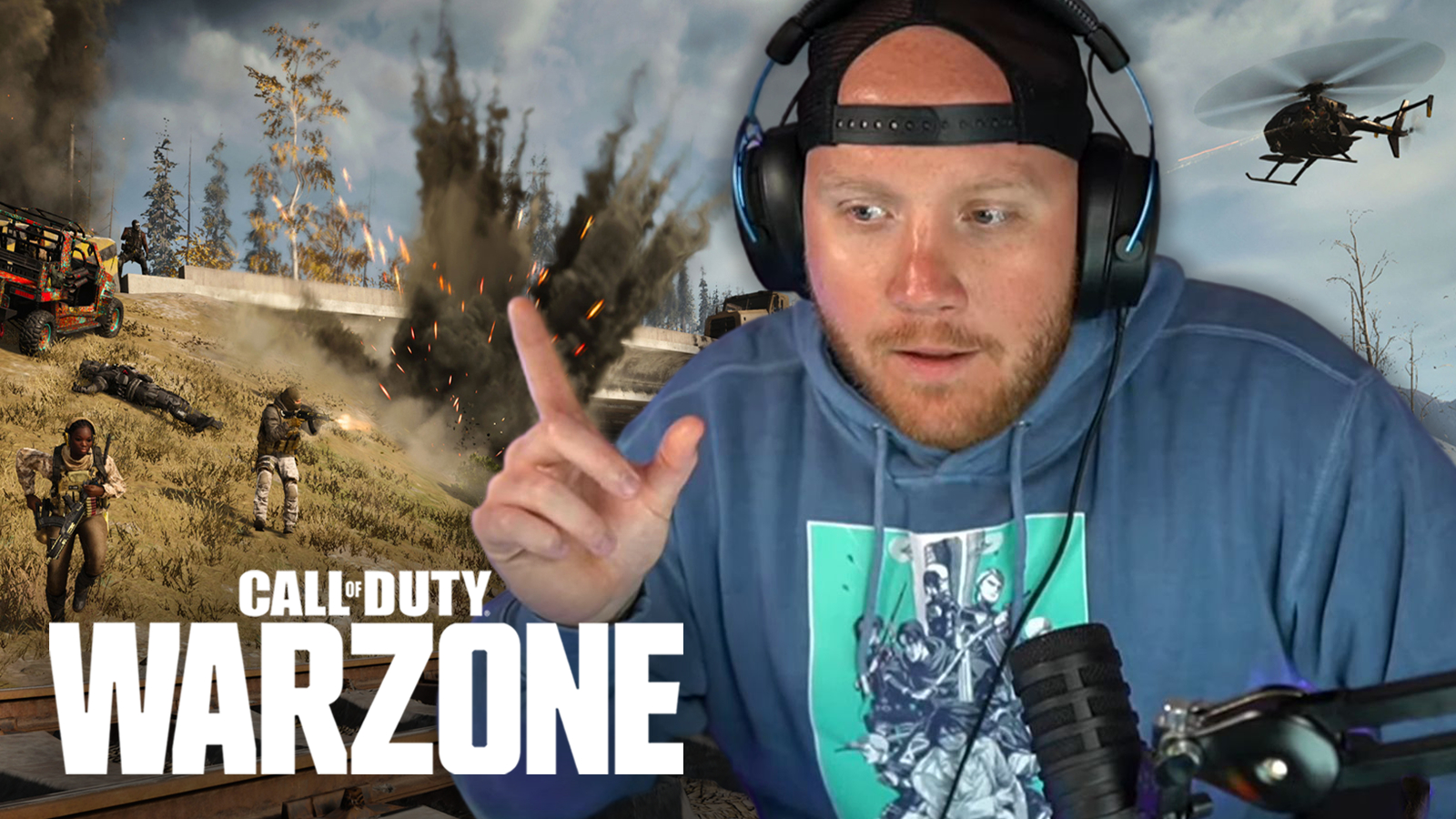 TimTheTatman has called for Infinity Ward, who are developing Warzone 2, to copy a major feature from Apex Legends for the upcoming Call of Duty sequel—make every old battle royale map available in playlists rather than deleting them when the seasonal cycle is over.

Right now, Warzone only sticks to one map at a time⁠. First, it was Verdansk, before the CoD battle royale swapped to tropical paradise Caldera in its second chapter.

TimTheTatman believes it’s time for that to change. The Call of Duty battle royale has made a habit of borrowing features from arch-rival title Apex Legends, the YouTube streamer said on March 20, and should look at one more⁠; keeping Verdansk, Caldera, and any new battlefields together in rotating playlists.

“I really wish they’d bring Verdansk back in Warzone 2,” he said. “Like in Apex, that game rotates maps via these playlists [and every season]. You can play either map.”

Like in Apex, players would then have access to whichever map they like best. Those that favor Verdansk’s cityscapes can play when it rotates in. Caldera fans can do the same. The only problem, TimTheTatman conceded, is Infinity Ward’s interest in porting them over. On that, he doesn’t have high hopes. “Are they going to?” he said. “If I had to guess, they probably won’t. I hope they do.”

“That said,” the YouTuber added, “they did listen to us about Verdansk being too dark. They listened and now we’re on this tropical island called Caldera, which everyone hates and complains about! Maybe they ignore us [next time].”

On top of his Verdansk and Caldera dreams, TimTheTatman is already fantasizing about Warzone 2’s upcoming 2023 map⁠—as yet unnamed⁠—that will launch with the battle royale sequel. Rumors suggest it will take inspiration from the new Modern Warfare 2 remake coming around the same time.

“Can you imagine in Warzone 2 if the map we get, you jump out in the open and rotate to these old maps? Highrise, Terminal, Favela, Afghan, Rust, Derail, boy I love Derail. Scrapyard, Wasteland, Skidrow,” the star streamer said.

“Just imagine,” he added. “You fly down, hit Favela. Then you drive off through Rust. And all of a sudden you’re in Terminal. I cannot express the joy that would give me.”

Warzone 2 has been greenlit for development but things are only just rumbling to life at Infinity Ward headquarters. Little is known about the 2023 follow-up. The sequel is expected to be linked, at least in part, to Modern Warfare 2.

Keep up with all the news in our dedicated release hub right here on Dot Esports.