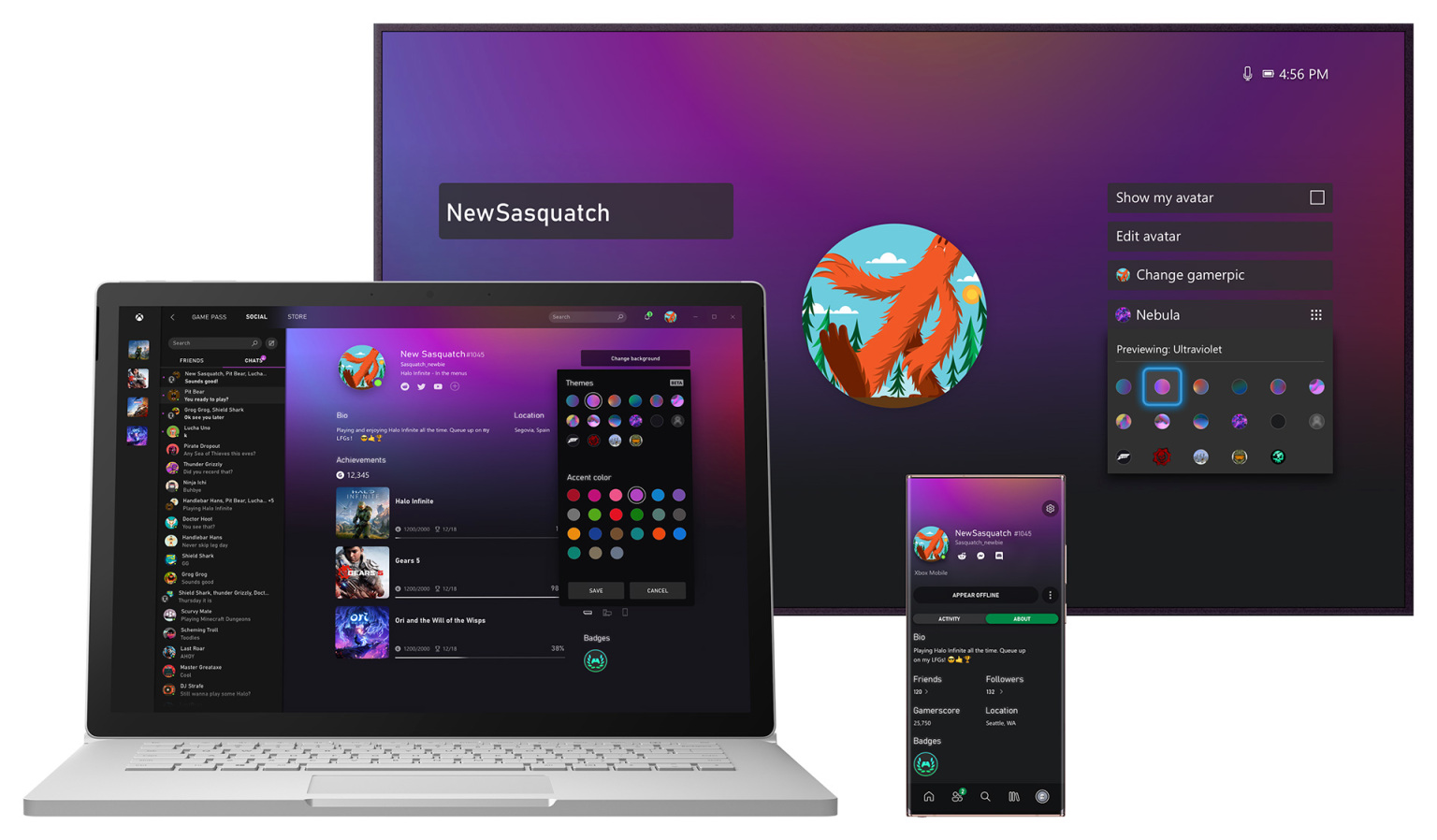 This winter, the Xbox experience will be overhauled to be a more uniform one no matter the device, Microsoft revealed today.

The Xbox Series X dashboard will mirror the same experience, visually, that you get on the PC app, mobile apps, and via xCloud. No matter where or how you’re playing Xbox, it’ll look and feel the same.

“All the ways you experience Xbox should feel inviting and familiar, whether you’re on the couch playing on your console, rallying a group of friends together from your PC, or sneaking in a quick session on your Android device via cloud gaming,” Microsoft said.

Xbox said the new look is “designed to be faster to use, more approachable, and visually appealing.” This includes the new Xbox mobile app, which is in the works.

“Text is more readable, elements on screen are easier to understand at a glance, and accomplishing your tasks is faster than ever,” Microsoft said. “This includes tile shape, fonts, an updated illustration style, and more. The overall layout of most of the console pages remains familiar, just faster and more focused.”

The new experience has been built in concert with the Xbox Insider program over the past year and it’ll begin to roll out in the coming weeks. A “milestone” in the user experience will launch alongside the Series X in November.