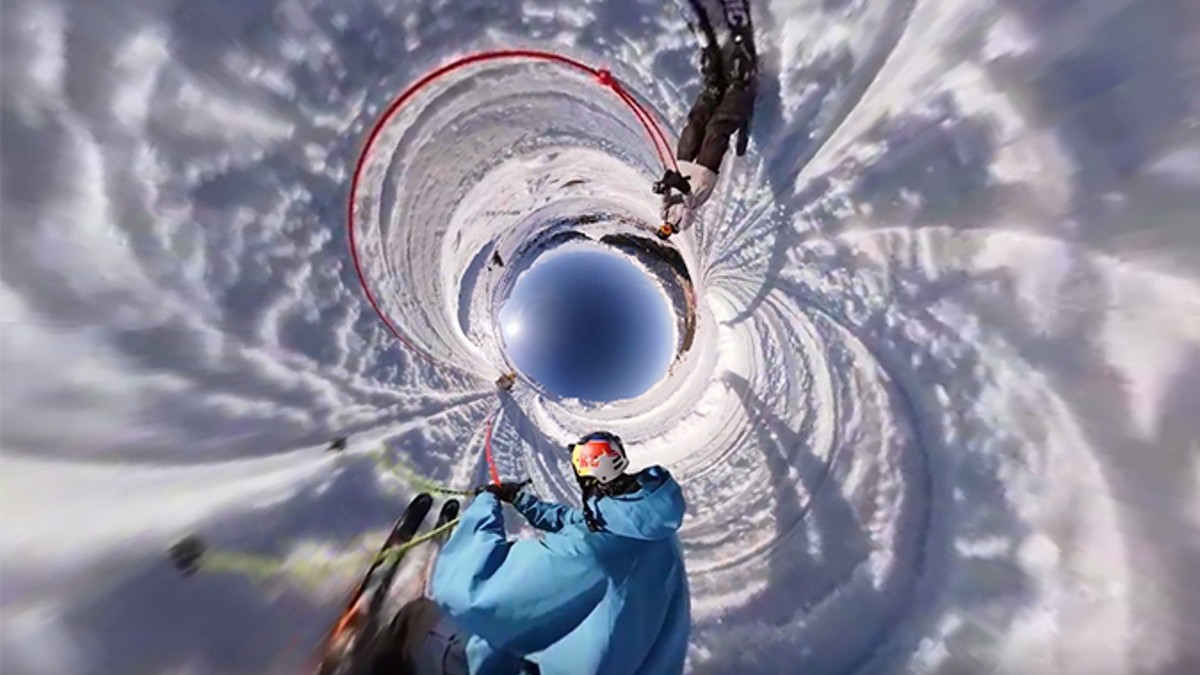 Phone cameras and DSLRs are good enough for most types of pictures and videos but have some limitations. That’s where 360 cameras come into play–and if you’re looking to kickstart your own Twitch or YouTube IRL stream, they’re the perfect option.

The best 360 cameras go up to 8K resolution, but they are costly and geared towards professional content creators. Most consumer-grade versions still offer a decent 5.7K resolution, and some have waterproofing or impact resistance.

The GoPro Max tops this list because it has good enough performance for most users while also being rugged enough to handle the outdoors. It features GoPro’s traditional black-box design with rubberizing all-around to protect it from drops and scratches. Both sides have a fish-eye lens, but the rear has a color touchscreen to view footage or change settings.

Practicality is another strong point of the Max, and it’s packed with features making it simple to use. There’s no need for an external microphone because there are six built-in ones to record sound. All the data gets recorded on a single SD card, and users can transfer it using a USB cable or the integrated Bluetooth or Wi-Fi.

While the Max doesn’t have the highest resolution compared to other cameras on this list, it’s enough for casual users and an excellent option as a facecam for streamers. The Max’s reasonable price also makes it an attractive option for novices who want to get into 360 recording.

VR content creators and other professionals who are happy to pay for the best can check out the Insta360 Pro 2. Instead of two lenses like most consumer-grade 360 cameras, the Pro 2 has six cameras to shoot in all directions and four microphones to capture sound.

Compared to most 360 cameras, the Pro 2 has a futuristic spherical shape with aluminum construction and two prominent antennas for the built-in GPS. The Pro 2 includes the Farsight system with a transmitter that connects to the camera and another that attaches to a smartphone. When Farsight is connected, users can control the camera remotely from up to 980 feet (300 meters,) so they don’t have to set a timer and try to run out of view before recording starts.

The Pro 2 camera is the best option for users who want the highest 360 video quality. That said, its prohibitive pricing puts it out of reach for most regular buyers and confines it to professional use.

Streamers who don’t want to splurge on the Insta360 Pro 2 might be interested in the KANDAO QooCam 8K Enterprise. Its smaller size and lower price make it a more practical alternative, and it can still record in 8K.

The QooCam 8K Enterprise has a conventional rectangular shape with a rounded top. Each side houses one fisheye lens, and there’s a 2.4-inch OLED touchscreen on the front for users to view their photos and footage. There’s no waterproofing or shock-resistance compared to the GoPro Max, although users can buy protective cases separately.

Its camera and connectivity performance make the QooCam 8K Enterprise ideal for streamers on the go. The cameras can capture 8K at 30fps and regular 4K and slo-mo at up to 120 fps. There’s also built-in Wi-Fi with 5G capability and a LAN port so streamers can broadcast directly from the camera.

There’s no doubt that the QooCam 8K Enterprise is quite pricey, but it still costs far less than the Insta360 Pro 2 and includes 8K recording capability. It’s a worthwhile option for streamers, but they should buy the case if they need waterproofing.

Many users prefer a camera that can work for 180 or 360-degree recording. Vuze’s XR has a unique design that gives users the best of both worlds. The XR has a stick-like appearance with a lens on each side for 360 recordings in its standard form. Both lenses flip 90 degrees to face one direction for 180 recordings if users press a button.

Instead of 8K recording like the QooCam 8K Enterprise and Insta360 Pro 2, the XR only goes up to 5.7K (5760 x 2280). It can record 5.7K resolution at up to 30 fps and 4K at either 30fps or 60fps. The downside of the XR is that it has no onboard screen, so users can only edit their footage if they copy it to another device and use the Vuze VR Studio app.

The main selling point of the XR is its dual shooting modes. It gives buyers the flexibility to shoot in 180 and 360-degrees on a single camera and save money. On the other hand, users who don’t need both modes are better off with a dedicated camera to suit their requirements.

Insta360’s One X2 is compact enough to go anywhere and has an affordable price tag that’s within reach of most buyers.

The One X2 can’t compete with the QooCam 8K Enterprise and the Insta360 Pro 2 when it comes to resolution and is a direct competitor to the GoPro Max. Both cameras have similar specs, but the  One X2 adds HDR and 4K live streaming.