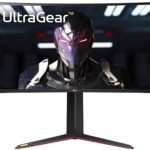 Back in the early days of gaming, the most common question being thrown around to determine the power of a gaming pc was “Can it run the X game?” However, when it comes to competitive gaming, the question has evolved. The frames your PC pulls in competitive titles like CS:GO, League of Legends, Dota 2, and Overwatch are a better indicator of performance.

Though gamers will hardly refuse higher frames in their favorite games, there’s a time where you’ll enter a point of diminishing returns. How fast you hit this point depends on your monitor’s refresh rate. If you don’t have a monitor that matches your PC’s output, you won’t be able to take full advantage of your hardware. Pushing up to 200 frames is great, but it won’t be noticeable with a 60Hz monitor.

There are three refresh rate levels you’ll frequently find on the market: 60, 144, and 240. The jump from 60Hz to 144Hz will be the most noticeable while also being the most cost-effective option. The price of 240Hz monitors is considerably higher than 144Hz monitors. They’ll also require you to have more powerful hardware since you’ll need a consistently high frame rate to unlock their true potential.

Once you make the switch from a 60Hz monitor to a 144Hz one, you’ll notice that games feel smoother than before. The image on your screen will refresh faster than a 60Hz monitor, allowing you to aim and track targets a little easier. You’ll also have a slight advantage over players with 60Hz monitors since your display will be refreshing quicker than your competitors’. While the milliseconds of difference sounds underwhelming, it can be a deciding factor between outplaying an opponent or getting defeated in a competitive game.

Here are the best 144Hz monitors that can help you take your game to the next level. 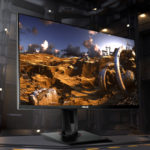 Gaming in 1080p has been the golden standard for years, but it’s slowly becoming a thing of the past. With 4K requiring gamers to up their hardware game, 1440p and 2K ended up being a nice middle-ground for players looking to upgrade from 1080p while still retaining high frame rates on last-gen hardware.

Playing a game in 4K can feel like a whole new experience, but your frames will decrease drastically, making 4K monitors less suitable for competitive gaming. Asus’ TUF VG27AQ has a 1440p resolution, and it comes with a native refresh rate of 144Hz, which overclocks to 165Hz. The resolution and overclockable refresh rate make it a flexible choice in case you decide to upgrade your gaming rig in the future.

Since most competitive titles like CS:GO, Overwatch, and League of Legends aren’t that demanding when it comes to resources, most users with compatible hardware should be able to run them in 1440p resolutions with frames above 144. This 27-inch monitor also comes with HDR support, making it a decent choice for gamers who like switching to their consoles from time to time. 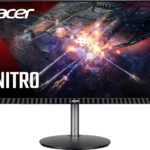 You don’t always have to pay top dollar for a higher refresh rate. The budget options on the market are more than enough to provide you the same amount of performance as the pricier options.

Acer’s Nitro XF243Y Pbmiiprx outshines most of its competition in its price range due to its overall flexibility. The 24-inch monitor’s native 144Hz refresh overclocks to 165Hz, which is always a plus. Like the previous model on our list, the Acer Nitro XF243Y supports FreeSync, and it’s also G-Sync compatible. If you’re already gaming in 1080p, there aren’t many shortcomings that you’ll notice with this monitor.

Though XF243Y is also HDR-compatible, it leaves something to be desired. The display’s maximum brightness is a bit low, making it slightly less viable for brighter rooms. 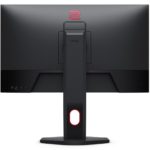 Avid followers of the CS:GO, and VALORANT competitive scenes may have noticed BenQ monitors’ rising popularity. While sponsorship deals play an essential role in determining which products make it to the stage, there’s a reason why BenQ monitors have been the top preference of first-person shooter veterans for a long time.

The XL2411K is the entry model of BenQ Zowie’s newest series. The XL-K series focuses on improving Dynamic Accuracy (DyAc) with Fast Liquid Crystal technology. Both aim to increase the overall visual clarity while lowering natural motion blur. Even if you turn off motion blur in your game’s settings, there will always be traces of it due to how monitors work. These two features prevent images and pixels from sticking around longer than they should on your screen, making it easier to spot enemies in hectic situations.

This 24-inch monitor has a native refresh rate of 144Hz. The main feature that separates the XL-K series from its competitors is the ability to play using your favorite players’ settings through BenQ’s software. However, there isn’t a database, so you’ll need to check your favorite players’ socials to see if they’ve shared their monitor settings.

The other XL2540K and XL2546K models are slightly larger than the entry-level model and faster refresh rates at 240Hz. All models have a resolution of 1080p, and you can also opt-in to get a shield to prevent glare.

Ultrawide monitors may not be the best option for competitive gaming, but they tend to be excellent choices for productivity and single-player games. They allow gamers to blend into the atmosphere of the game they’re playing, enhancing the overall experience. LG’s 34GN850-B is sized at 34 inches and has a resolution of 3440×1440. The native 144Hz refresh rate bumps to 160Hz through overclocking.

The main issue that gamers go through with ultrawide monitors is whether they’re sturdy enough. Considering ultrawide monitors’ larger size, they’re an easy target for the prying eyes of pets, younger siblings, and kids. But the LG 34GN850-B’s sturdy base makes knocking it down quite a challenge unless it’s placed on the edge of a table without a wall behind its back.

Aside from gaming, the 21:9 aspect ratio can help you boost your productivity. Having multiple windows open at sizes that you can actually read won’t be an issue with this monitor. If you’re looking to get an ultrawide monitor for competitive gaming, you should double-check whether your favorite titles support 21:9. If your favorite title doesn’t support this aspect ratio, you may end up playing with black bars on the side of your screen.