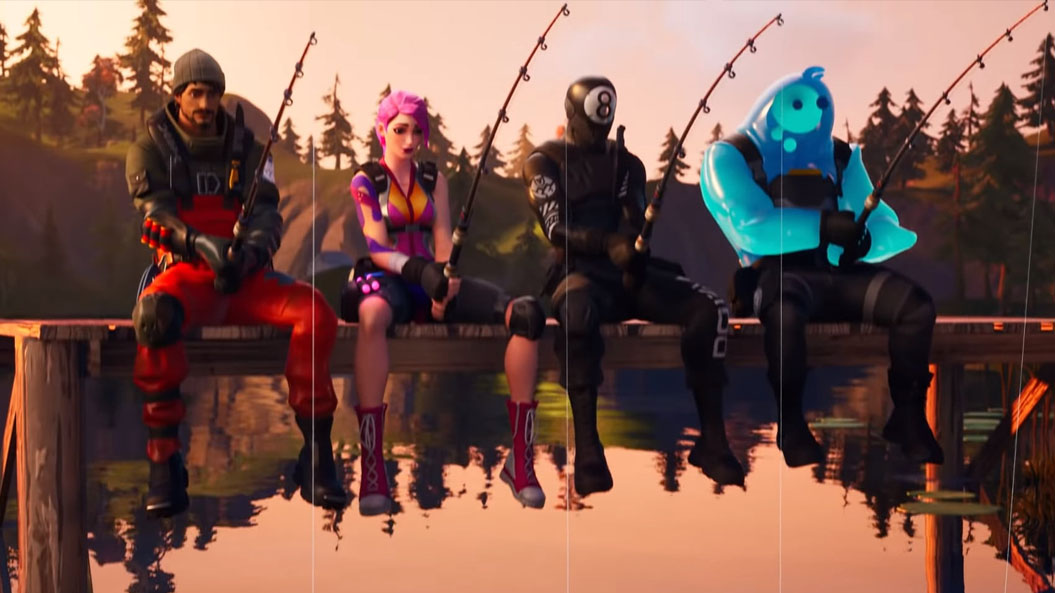 Fortnite Chapter Two, season one introduced Fishing Rods that allow players to fish for loot on land and sea. And popular streamer Turner “Tfue” Tenney showed just how effective this item can be in a competitive setting.

Tfue was playing in the Fortnite Champions Series on Nov. 3 alongside his squad of Dennis “Cloakzy” Lepore, Khanada, and Alex “Liquid Fiber” Bonetello when he showcased a new strategy with the Fishing Rod.

While his teammates were laying down cover fire against enemies and destroying protective builds, Tfue was able to literally fish loot from the ground to help resupply his squad.

Casting a Fishing Rod into a body of water brings the potential of finding loot ranging from ammo to rare weapons. This gives players another way to find loot rather than searching chests or just picking stuff off the floor. But Epic recently implemented a change that allows players to cast the Fishing Rod on land to pick up loot laying on the ground.

The first time Tfue fished for loot, he reeled in a ton of materials that he shared with his teammates.

Tfue pulled off the move again in another game where he was able to grab a rare submachine gun and common Rocket Launcher that were sitting in the storm.

It’s unclear if Epic had this situation in mind when it added in the ability to fish loot from the ground, but Tfue was quick to pick up on the tactic.

The ability to grab loot from the storm without taking any damage is an invaluable advantage, especially when a teammate is low on materials or ammo.