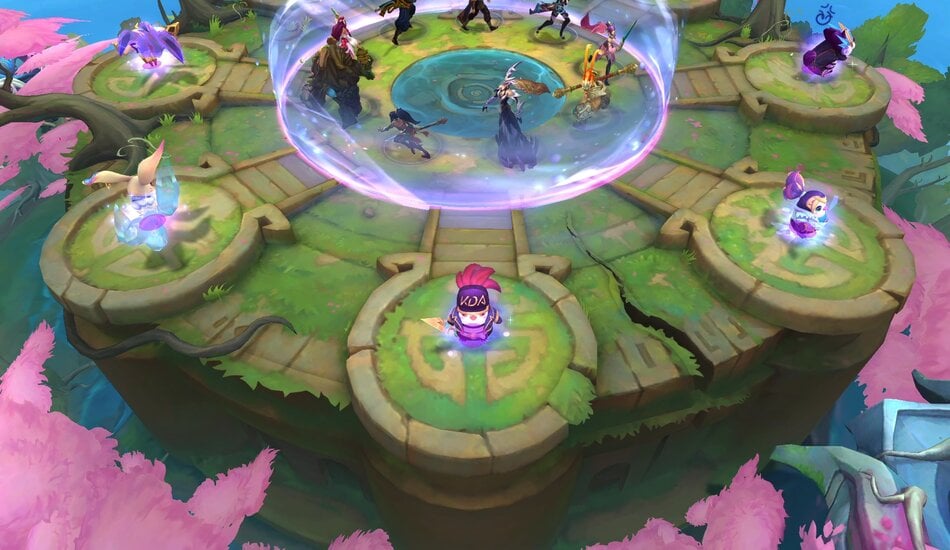 Competitors qualified for the TFT tournament in a number of ways.

Points are awarded for first to eighth-place finishes after each round during all three days and accumulated to determine who advances.

Here were the 24 TFT players who competed in the second NA Fates Qualifier tournament:

Four consecutive scored games were played by all contestants. Each contestant’s rank at the end of play is based on the total sum of their score from all four games.

At the end of the first day of play, just 16 of the original 24 players advanced to day two of the first Oceanic TFT Fates Qualifier.

The 16 players that were able to make it through the first day of play have been whittled down to just eight after today.

The top-placing player of the day, Dawnglade, showed exactly why playing for first isn’t always the most important goal in TFT. After four rounds, Dawnglade took two second placings and two third placings with an incredible display of consistency.

On the final day of competition tomorrow, these eight players will be battling it out with a $3,500 prize pool and closed qualifier invites on the line. All standings and results will be updated at that time.

The top-eight battled it out over the course of five rounds with the top four point accumulators all earning an automatic invite to the second TFT Oceanic Regional Qualifier and their share in the $3,500 AUD prize pool. Players also earned qualifier points that will help determine who qualifies for the Regional Finals in March.

The players competed in as many consecutive games as it took until a point threshold of 200 is reached. After a player has passed this threshold, they needed to place first​ to end the tournament and take first place.

The Grand Finals proved to be a tough day of play. Not only was each and every lobby intensely competitive, but after three rounds players reported issues with Riot’s game client being finicky and not allowing players to log in or join game lobbies.

After over an hour trying to fix the errors, all eight players managed to get into a lobby to play the last two games. After it was all said and done, Dawnglade earned first spot with back-to-back lobby victories and a total score of 302. Razza, Angora and Fischball rounded out the top four spots, all earning a spot in the next Closed Qualifier.

Here are the final standings for the Teamfight Tactics second OCE Fates Qualifier.