Skip to content
Steve Aoki, one of the last people to come to mind when thinking of esports, has invested in the European organization Rogue.

Before they disappointed their fans in playoffs against Fnatic, despite being the favorites according to most experts at the time, Team Vitality appeared as a promising addition to the league. They likely were not ready for the series and were slightly overrated, but some context needs to be taken into consideration. The extreme alteration of the meta and the team’s first ever best-of-five should be attenuating factors to their critics. While they had a pretty rough season, if we take into account that a lot of people were hasty to label them a “super team,” myself included, they proved to possess valuable assets to continue their fight to the top.

Team Vitality assembled a fully European roster filled with players having great regional experience and four out of five of them had even been to Worlds. That team was however hit or miss, as on paper, the roster had consistency issues. Even if Nukeduck and Shook were on an ascending trend, they had previously raised some serious concerns. Shook was known to be unseen in most of his games, but a godlike performance was possible once in a while. Nukeduck had a horrible past on Roccat, yet redeemed himself after dozens of professional games and once again deserved to be acknowledged as a worthy contender. On top of these two unknown quantities, most experts were sceptical of Hjärnan. To perfectly describe his public opinion, I will quote Thorin: «He’s a poor man’s Rekkles». Cabochard was regarded as an amazing top laner, but then again, he had a history of being assisted a lot and some questions had to be answered. Finally, Kasing was the only player to guarantee the team a steady backbone.

During the spring split, the team marked their fresh LCS record with a shameful loss to Roccat. However, after a couple of poor games, they started to solidify their synergy and became the leading European team in terms of meta knowledge. As stated in my first article, they particularly excelled in the 1-3-1 playstyle. After assembling so much confidence, many of these players believed they could finish first in playoffs. It is hard to apprehend what was the determining cause of their defeat against Fnatic. Sadly, the lack of games played in playoffs cannot provide us with an accurate narrative. Was it because of stress, the new meta, some overrated players, or everything together? They were not the only ones, across the globe, other top-centric teams like Koo Tigers and Immortals got overthrown as well. Also, due to the format, we will never grasp the full story. Maybe if it was a double-elimination tournament, they could have achieved a comeback after obtaining more experience with the evolved meta. They only played four games but some conclusions regarding their performance can still be made. Although Cabochard had a disappointing series, none of the remaining players stepped up as main carries despite being forced to do so by the circumstances. In addition, their great rotations and lane-swaps mysteriously disappeared. 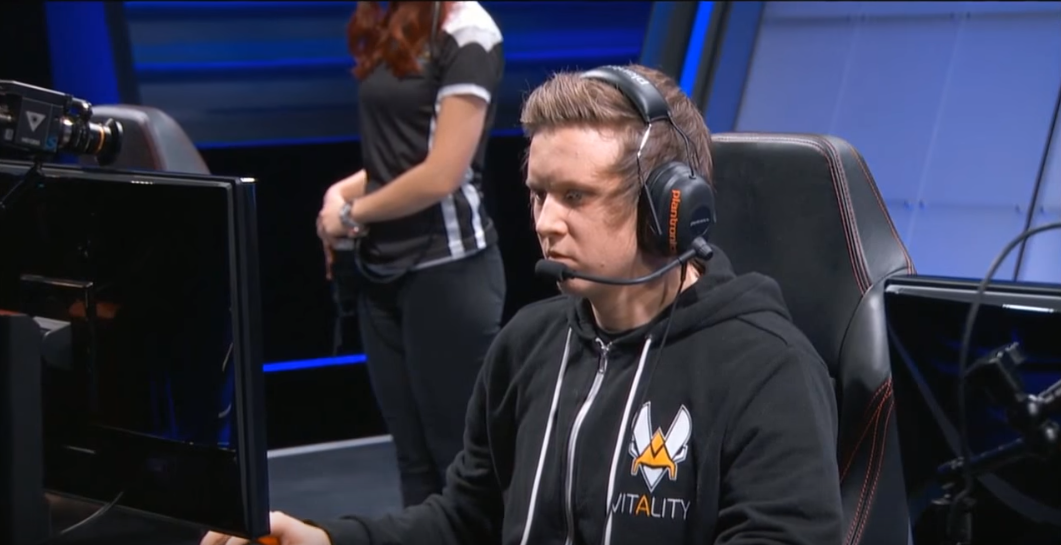 A few weeks before the summer split, Team Vitality revealed their new roster. They replaced Shook and Hjärnan with two Korean players, Police and Mightybear. The latter is very young and had a brief showing in China, where he unfortunately obtained a red sheet. While this is negligible and his road is ahead of him, nobody can really rate him yet. Police played in the NACS with relative success, although the level of competition there is pitiful. In sum, both players are young, inexperienced and unknown, yet they will replace two former high-level European players. I always support the idea of trying something new when the situation proves to be problematic, but, at best, I am sceptical in regards to this move. Either Vitality employed some next level scouting or they lost their rational. They will certainly be required to build synergy with the Koreans, but with helpful members like Shaunz and Kasing, they can achieve it. The task of surpassing their previous level with these newcomers will be rough and securing one of the three spots for Worlds will require their best effort. I am still not sure if the carry issues can be solved. It is all on Nukeduck. If they qualify, he has to confidently play to his level during the next playoffs, which he failed to do last time.

This next split, Team Vitality gets a second chance at proving themselves, but this time, through a way greater challenge.