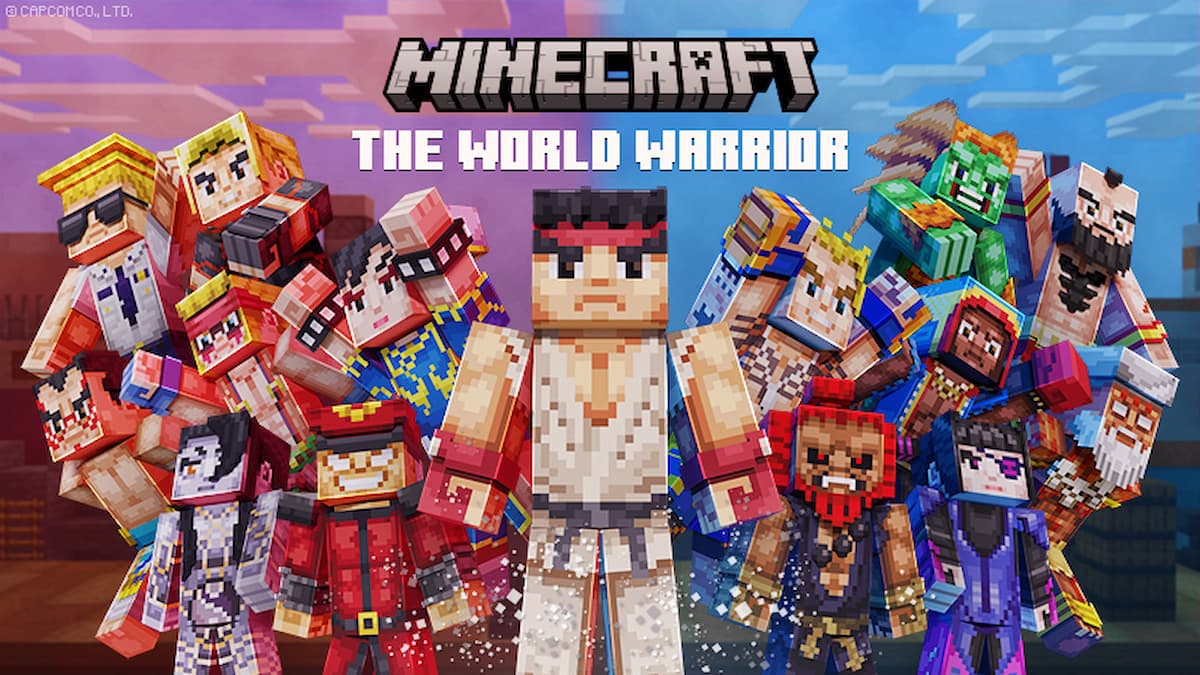 Minecraft is entering a new kind of fight, partnering with Capcom to release the World Warrior skin pack themed around the Street Fighter franchise.

Players who own Minecraft can find the World Warrior skin pack on the Minecraft Marketplace, where it will cost 490 Minecoins. This will give users access to 35 unique skins based on classic and newer additions to Street Fighter’s roster of world warriors, including Ryu, Ken, Chun-Li, and Luke, the latter of which is the newest fighter.

Unlike some other recent crossover packs, there isn’t a special stage, hub, or event to celebrate the arrival of the world warriors. There is a creative trailer paying homage to a typical character select screen, however, as well as many of the fighters included in the skin pack.

Capcom has also recently showcased its Street Fighter x Magic: The Gathering Secret Lair drop and is teasing a big announcement for Feb. 20, which could very well be the reveal for Street Fighter 6.