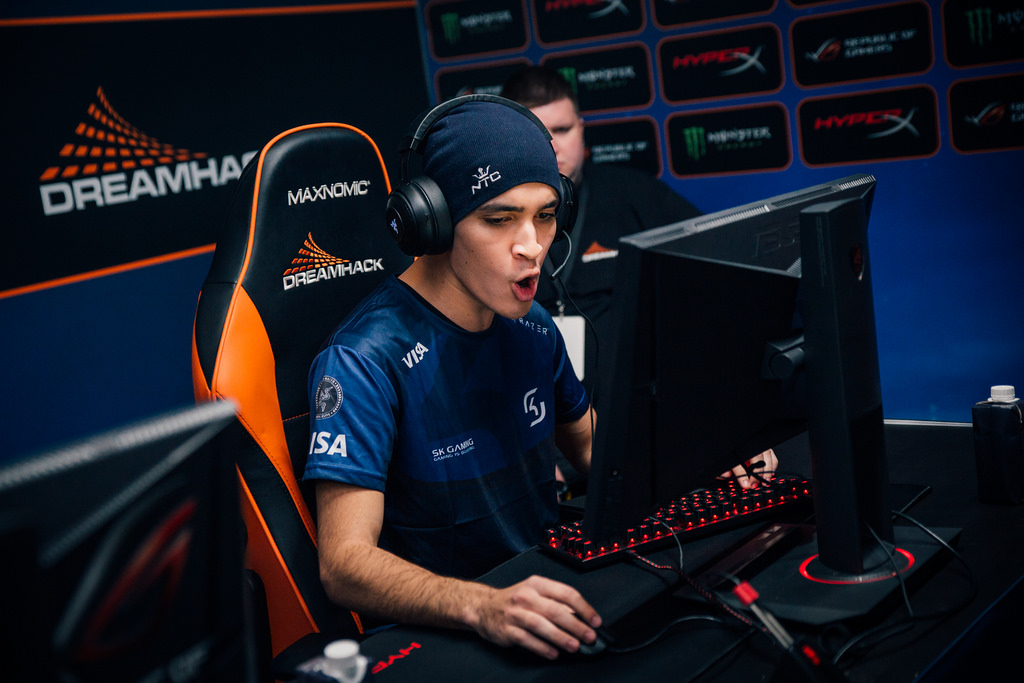 Week 2 of ESL Pro League is underway, and Skrilla is running a three match-up slate. 700 SKR is up for grabs for US players.

A battle between longstanding esport powerhouses, this matchup pits the 9th seeded Team Liquid (2-0) against 10th seeded Cloud9 (2-2). Liquid, coming off of a tough match against Fnatic (13-8) the 4th ranked team in the EU standings, they are looking to bounce back. NAF is leading the team with a 1.15 K/D ratio, averaging around 0.81 kills per round and a player rating of 1.25. Twistzz holds a 1.09 player rating and averaging 0.71 kills per round. He is trending slightly upward after a disappointing month.

If you want to bet on kills, I recommend picking up Twistzz. He is fourth in this slate in average fantasy points at 223.49 and his 59.6 percent headshot rate is solid and could prove worth the 22,150-price tag alone. NAF (19,500) and EliGE (20,150) are both safer picks but might not give you the boost your team needs.

Avoid picking up steel (14,450) if you can. He is averaging a team low 0.95 in rating, 0.58 kills per round and has been steadily trending downward in production this season.

For Cloud9, they are riding pretty high after challenging the 2nd seed in EU and top power ranking FaZE Clan and taking a map off of them before continuing on to split games against NA 5th seed OpTic Gaming. They have held a net positive in wins for the past nine months leading into March and they hope to continue that success against a struggling Liquid. The clear leader of this team is autimatic, he holds a 1.20 player rating, and a 1.09 K/D. His stats are all in the green. Skadoodle has had the hot hand as of late, with a 1.18 K/D, his chances of having a set are pretty high.

The safe bet is autimatic (22,400). He almost always performs and can net you some safe points. I would absolutely be willing to take a flier on Skadoodle at the cheap price point of 15,700 despite him ranking towards the bottom in average fantasy points with 149.04.

There isn’t anyone on this roster I would necessarily avoid at all costs. I might be a little wary about tarik at 19,150, but outside of that there are no really wrong choices here.

NRG (4-0) has started off strong in March, going 4-0 so far, sweeping matches against both Splyce and Rouge. They are ranked second behind NA leading Luminosity Gaming (5-2) and look to continue that success. The team is led by CeRq who has a team high 1.24 KD and Brehze who has a 1.10 K/D. But the real star in the fantasy game for them is nahtE. nahtE averages 211.5 fantasy points per game and is a steal at 18,950. He is the cheapest player in the top five of this slate and is likely going to continue his stellar play. CeRq is also a safe bet for a cheap investment at 16,550 considering he still ranks in the top 12.

I would avoid Immi (13,250) and daps (10,250) if at all possible. Both rank in the bottom five for average points, daps being the lower at second to last. If you can steer clear of these two as your low-cost fillers, then by all means do so.

SK however has yet to play in March and is looking to start off strong. Led by both coldzera and fer, who both rank in the top five of this slate in average fantasy points, the team looks to improve from their 2-4 record. In player rankings, coldezera ranks fourth overall and second in K/D with 1.35. FalleN and fer are both having good a good season thus far and the only player on the down turn is TACO who holds the only negative K/D ratio.

FalleN and coldzera are no brainers here, and I would feel fairly confident making coldzera my captain for the week if you want to guarantee some nice bonus points. I would take a good look at fer if you have the cash and can afford another big hitter.

I would avoid TACO and try to work around boltz, who has been solid, but not spectacular.