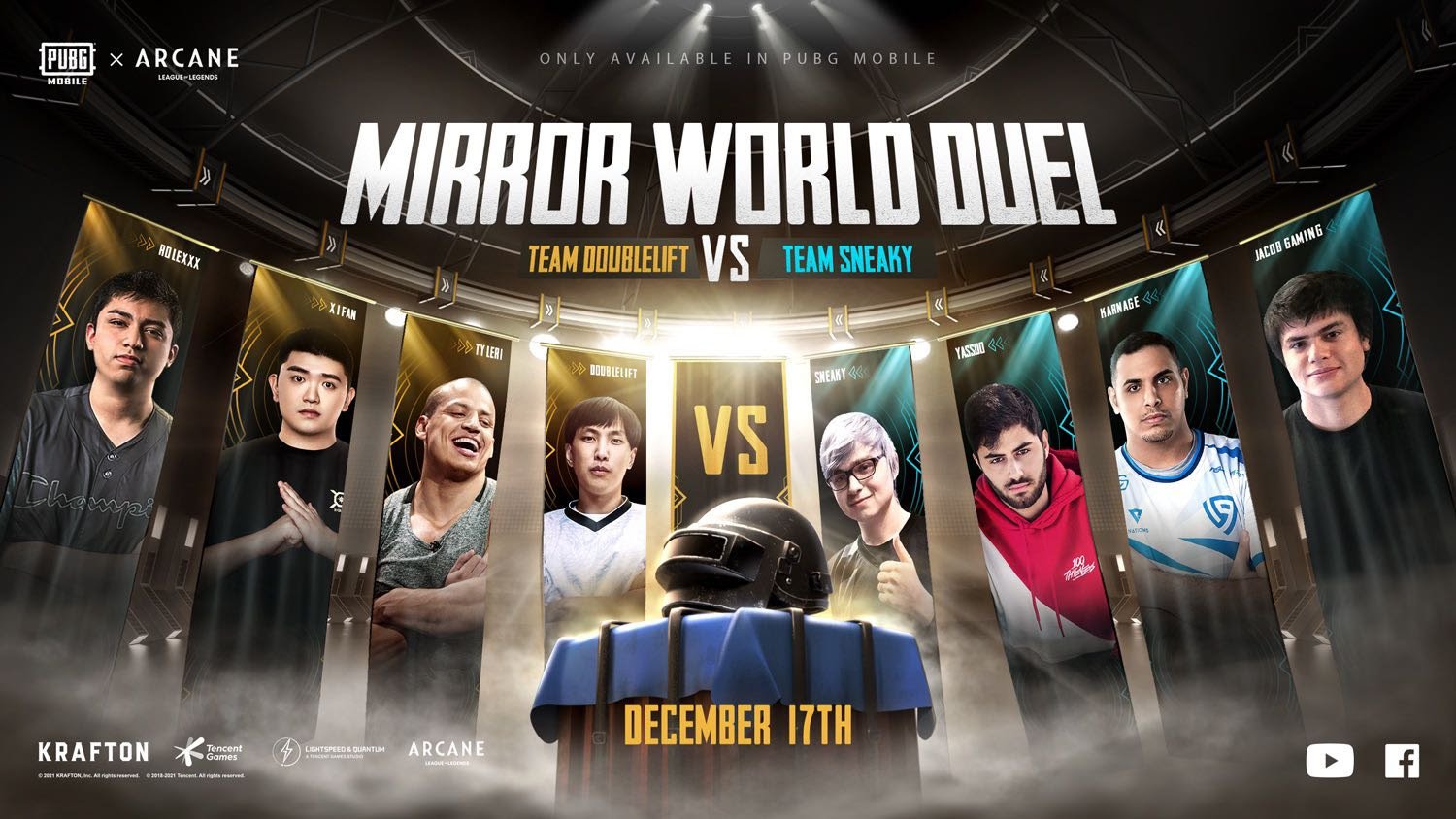 In version 1.7, League of Legends merged with PUBG Mobile as the Mirror World arrived on Erangel. Players can play as characters from the hit Netflix series Arcane in PUBG Mobile.

Now, League of Legends creators and pros will descend into PUBG Mobile to play as familiar characters, but in a different setting. In the Mirror World Duel, former League pros Doublelift and Sneaky will lead a team to battle for victory. The retired pros will get a a chance to face each other again, but this time it will be in a battle royale game.

The teams are as follows:

The teams will drop into Erangel’s floating Mirror World to pick a League of Legends character. They can choose between Vi, Caitlyn, Jinx, and Jayce, who are the some of the main characters of Arcane’s season one. They will battle on the Mirror World amongst themselves before rotating to the rest of the map to get the chicken dinner.

The teams will play two matches to decide the winners. Besides these two teams, the lobby will be filled with 72 other popular PUBG Mobile content creators.