Signed: “We want to show the world that Australia isn’t a region to be looked down upon”

Order’s DPS talked about taking home the Contenders trophy, his break, and playing on the international stage. 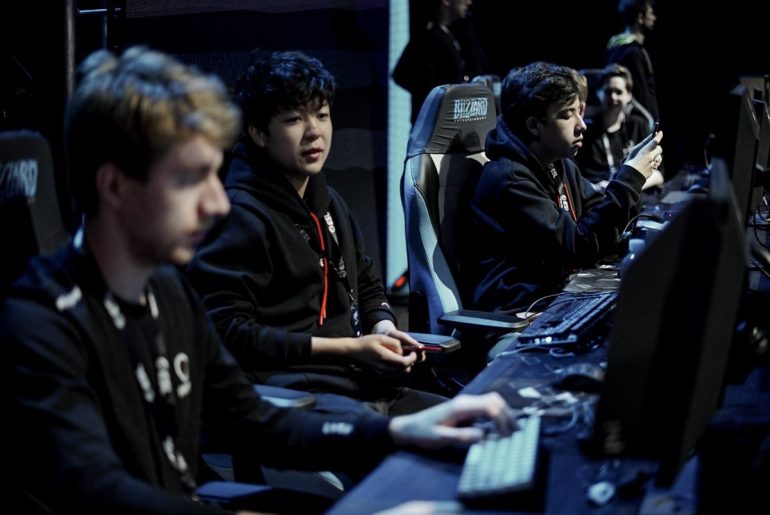 Photo via Mitch Atherton for ORDER

Dale “Signed” Tang has been around the Australian Overwatch scene since the beginning. Having played with Monopoly Club, which turned into Athletico CAMO, and eventually Order, the New Zealand DPS has been so close to victory numerous times before falling short.

The New Zealander will finally get another chance to shine on the world stage, however. Order emerged victorious at Overwatch Contenders Australia for season one 2019 today and earned a spot at the Pacific Showdown in China.

Dot Esports spoke to the Zarya specialist about winning his first Contenders trophy, bouncing back after his break, and playing on the international stage again.

How does it feel to win your first Contenders trophy?

Signed: It feels good after four seasons, coming third or fourth, even though I missed out on one, to make the grand finals and win. We were very confident going into this and I’m glad we finally took the trophy.

Were you feeling the pressure today, especially after the games yesterday?

Heading into today, we didn’t really feel any pressure. We were more scared of Blank than the Drop Bears because I think we have the best GOATs in Australia and we can match anyone else. The thing we were worried about with Blank was them pulling out DPS comps, but they surprisingly chose to match GOATs into us, so we beat them pretty easily.

You had a break last season, only playing one game for Athletico as a sub. Did you have any trouble slotting back into your old team?

With Athletico, I only had to sub in the one game because Micro couldn’t make it, so they role swapped usmc onto Brigitte and I played Zarya. Back then, people started to call me the No. 1 Zarya, but I had hardly any experience with Zarya on a competitive team.

But with Order, I learned so much this season—things like counter-graving, saving bubbles, timing bubbles, how to engage, and how to apply pressure. I learned a lot more than I ever did before, and that’s all thanks to hard work, determination, and coaching. I write a lot of notes, watch a lot of VODs, and at the end of the day, that’s all you need to do. There wasn’t a lot of trouble.

Well you guys have looked very coordinated and cohesive as a team this season. How much of that is on your coaches rqt and Project?

They are really good with game theory and positioning, and that’s what helped us the most this season. Without them, we would be lost as a team, especially when we play against Sombra GOATs or DPS comps because that’s not the staple comp to run. We were pretty clueless how to play GOATs into Sombra or DPS, but we hard-scrimmed Korean teams for a few weeks, who are really good as a region at Sombra GOATs, and finally got the grasp of beating those comps.

You haven’t played on the international stage since World Cup 2017, so how does it feel knowing you’ll get the chance on stage again at the Pacific Showdown in China?

It feels insanely good. I mean, New Zealand got stomped very hard at the World Cup in 2017, but it was an experience nevertheless. This time, it’ll be in a different location and I’ll be able to meet some new international pro players and I think we have the chance of taking some maps off the high-tier teams at the Showdown.

You’re known as the region’s best Zarya. Do you think you’ll be able to stand up to the competition in China?

I don’t know, I didn’t have a great performance today. I let Shoyo eat a few of my gravs today and I’m not sure if that was a case of me being nervous after not playing on LAN for nearly eight months, but it’ll be great to see how I match up against the godly Korean and Chinese Zaryas.

What do you want to prove at the Pacific Showdown?

We want to show the world that Australia isn’t a region to be looked down upon. We still have heaps of talent in our region and we will showcase that in Shanghai.

Order will join Talon Esports from Pacific and the top two Chinese and Korean teams at the Pacific Showdown in Shanghai, starting on May 24.