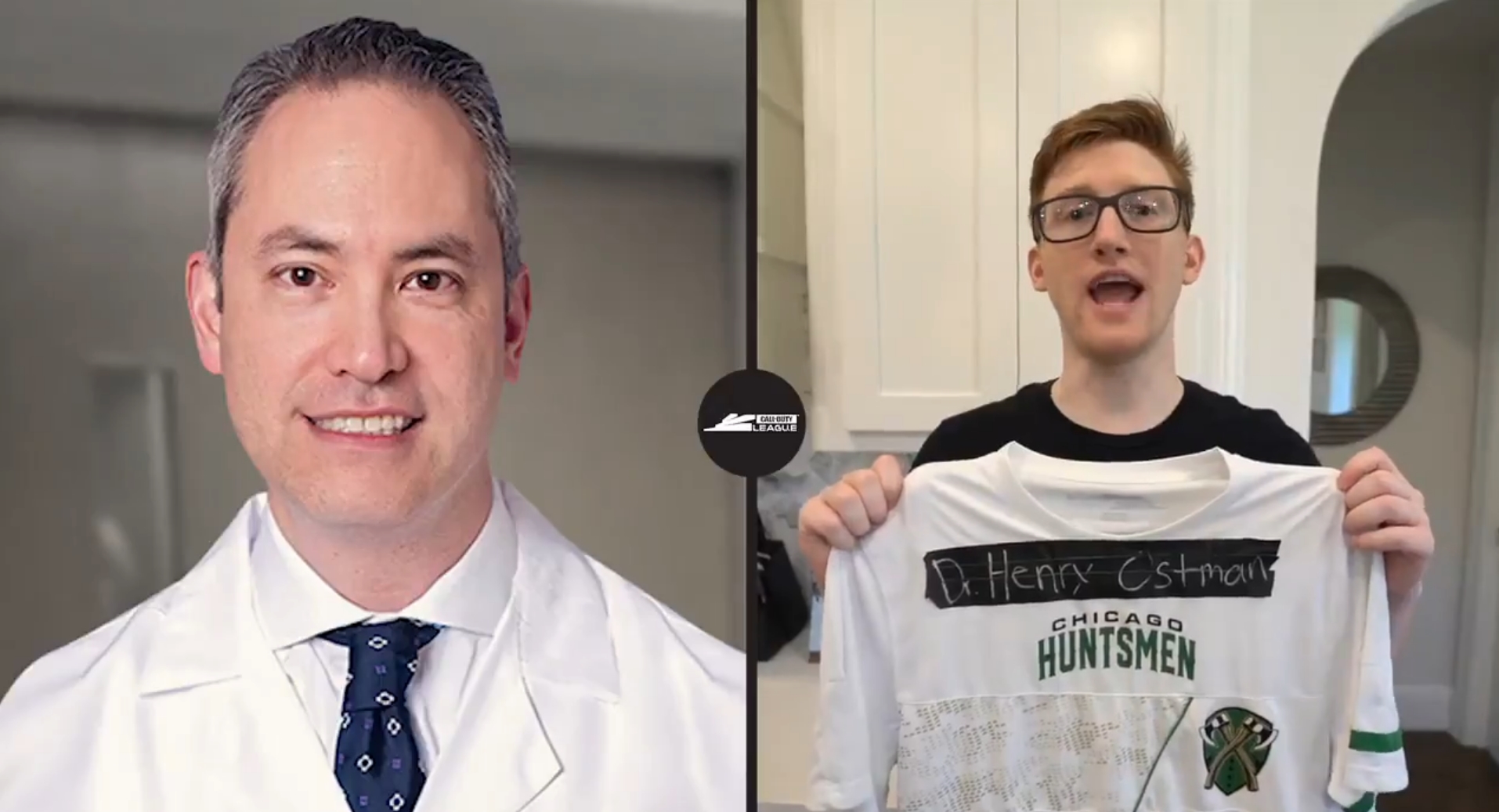 Esports pros have been killing it in the mainstream for a while, but a new video thanking frontline medical workers in the COVID-19 fight has elevated two FPS players in a cool way.

As part of the campaign, called The Real Heroes Project, Call of Duty legend Scump taped the name of a doctor, Dr. Henry Ostman, over his own jersey. But Scump was just one of many superstars in the partnership, which is what makes it so special.

Former Halo pro and current Apex Legends pro Snip3down also appeared in the video, taping the name of his brother, who’s a doctor, on his jersey.

It’s great to see Scump and Snip3down in the same video as such prolific pro athletes. Esports players are stars in their own right, but this is some awesome validation and it’s all for a great cause.

The Real Heroes Project features stars from just about every pro sports league you can think of, as evidenced by the logos at the end of the video. The Call of Duty League logo can be seen sandwiched between EA Sports and NASCAR’s logos.

Scump also uploaded his own video for the campaign, explaining that Dr. Ostman helped his own grandfather at Penn State Health.

The next online Call of Duty League tournament will take place this weekend from May 8 to 10. Scump and the Chicago Huntsmen will return to action in the Seattle Home Series, which is scheduled for May 22 to 24.