Roro: “I think role lock will benefit us as a team quite a lot” 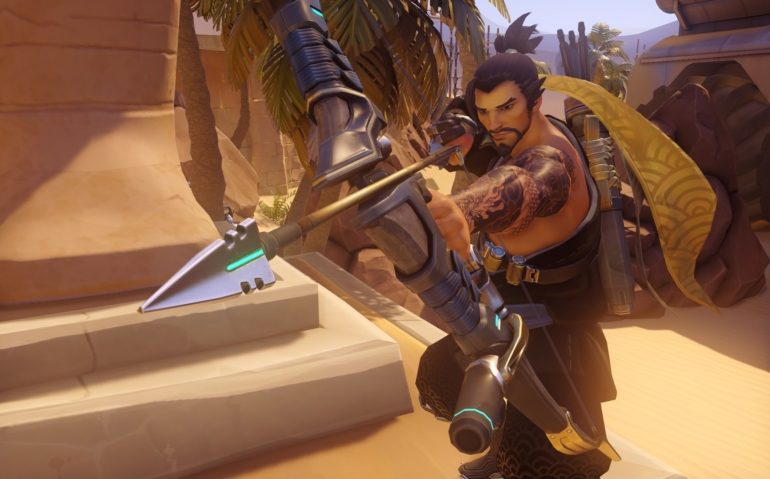 Rowan “Roro” Goldsmith is one of Overwatch Contenders Australia’s most eccentric players, both on and off the battlefield. In-game, he’s the DPS powerhouse behind Warriors, never giving in to the GOATS meta and sticking to his guns with Pharah, Genji, and Hanzo. Out of the game, he doesn’t shy away from the banter.

He’s also one of New Zealand’s rising stars in esports. While he doesn’t have the name value of Renegades’ AWPer Sean “Gratisfaction” Kaiwai or fellow DPS Kelsey “Colourhex” Birse, who plays for Boston Uprising in the Overwatch League, Roro is an up-and-coming star of the country.

After starting off the Contenders Australia season undefeated, the Warriors’ DPS player talked with Dot Esports about role lock, New Zealand’s World Cup hopes, and getting ready to play on LAN again.

This season has been great for the Warriors, starting off undefeated. How have you felt about it?

Roro: It’s true that we’ve been doing well so far, but I haven’t felt any pressure. I’m just taking everything one step at a time.

After last season’s LAN disappointment, what have you changed behind the scenes to turn things back around?

Other than our roster and coaching staff changes, not a lot has changed. Our main issues at IEM Sydney were failing to adapt our gameplay and incorrect changes to our strategy. This season, I’m confident we won’t repeat that.

It’ll be good to play at MEO again if we make it. Last time, Kanga was the fourth-best team at LAN, and it was my first taste of top-level competition. This season, though, we look like the favorites, so I’m confident we can take the title.

How do you think the 2-2-2 lock is going to affect teams heading into playoffs?

I think role lock will benefit us as a team quite a lot since both Hus and I feel very comfortable on a wide range of DPS heroes. On the other hand, teams who have been playing GOATS for a long time might have players who are much more comfortable on Brigitte or Zarya. It all depends on how well teams adapt, and if the DPS players can shake off all the rust in time.

No, the sooner the better.

You’ve been trialing out for main tank alongside DPS for NZ OWWC this year. How’s it been going?

Trialing for New Zealand has been a lot of fun, but we’re still waiting to see who’s getting selected. I won’t expand on anything about the team, but I think there’s definitely something there based on the players who trialed.

What kind of obstacles does New Zealand esports generally need to overcome? We know there’s things like academies and a heavy focus in high schools, but the manpower is lacking.

I don’t know a lot about specifically New Zealand esports, but I know the biggest issues both New Zealand and Australian esports face are small player bases and lack of international competition. Since we are so far from everyone else, even if people get good enough to compete with the best internationally, it’s hard to get an opportunity to prove that.

Do you think figures like Gratisfaction and Colourhex are inspirations for the next generation of NZ gaming? Do you see yourself becoming an inspiration for a kid growing up now who wants to enter esports?

Yeah definitely, I know how it feels to be inspired and motivated to do something. I hope people get that same feeling from watching me or anyone they can relate to. I remember when New Zealand qualified in the 2010 Football World Cup, all I did for the next three years was play football. Soon after that I discovered esports and felt another surge of inspiration, but football is still something I love to play.

Warriors’ next game is against reigning champions Order on July 21.