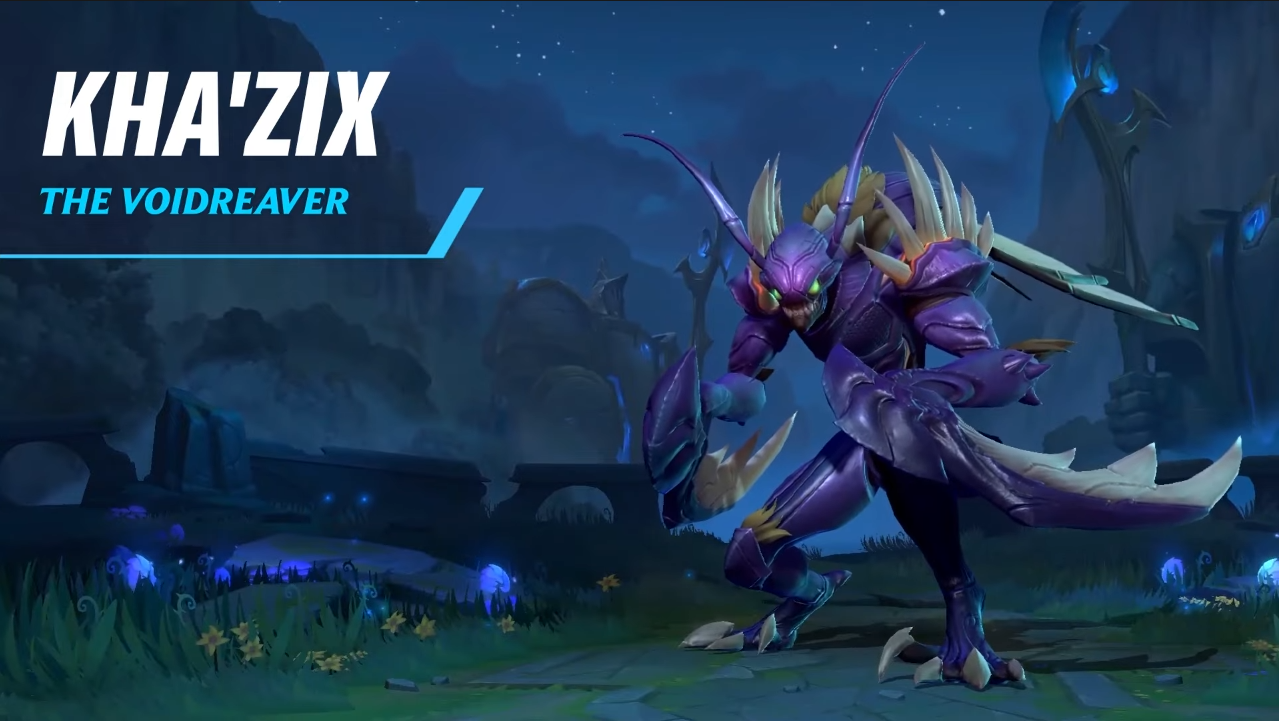 League of Legends: Wild Rift is set to introduce a pair of new champions on May 6 alongside the Masters of the Hunt event.

Having already showcased Rengar’s kit in-game, Riot has also released a gameplay video to give players their first look at how Kha’Zix will perform in Wild Rift. For those players familiar with Kha’Zix’s League of Legends counterpart playing him on Wild Rift will feel remarkably familiar. Right now, none of the champion’s abilities have been altered from League but given the smaller rift present in the mobile game, some of the ranges have been changed slightly.

Alongside Rengar, Kha’Zix will be featured in the upcoming Masters of the Hunt mode. It is set to highlight these two new champions and will introduce a new gameplay system called Nemesis Duel.

The Nemesis Duel will activate when Kha’Zix and Rengar are to duel one another in-game. The victorious champion will score themselves a bonus in the case of Kha’Zix being an extra evolution point. There are some criteria that must be met before the Nemesis Duel system activates so It won’t take place every game that the champions engage within. You can check out more information on this system here.

For those who want to get their hands on Kha’Zix as soon as possible, he will be available in the in-game store on May 6 alongside the Death Blossom Kha’Zix skin.