He isn’t a fan of the power creep. 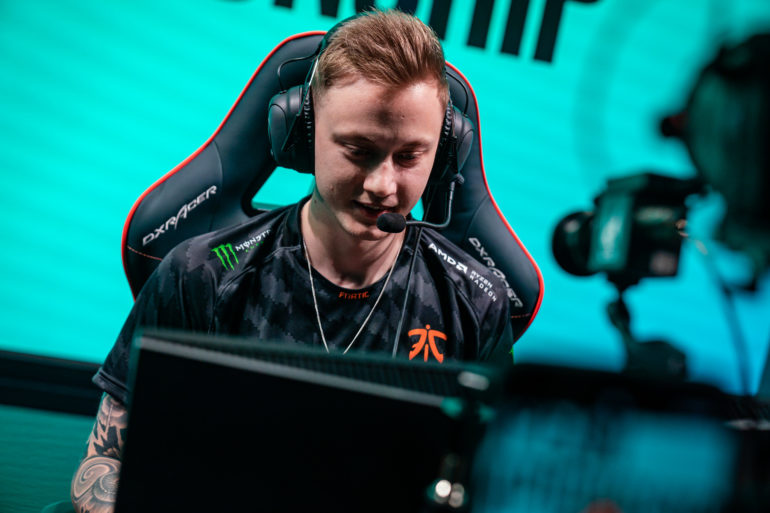 Aphelios and Senna’s releases have created an uproar in the League of Legends community for their perceived power creep and ridiculous strengths. Whether it’s about visual clarity or just being plain broken, the two marksmen have reigned over League‘s pro scene and have received a plethora of nerfs.

But the problem runs deeper still, according to Fnatic’s Martin “Rekkles” Larsson. The superstar ADC had some strong words for the new champion releases yesterday on stream and chimed in on his concerns about the future of the game.

Rekkles used Kai’Sa and Xayah as his examples, saying that “they were twice as good as every other AD carry in the game and now they are not even played… just because they released the new champions.”

The two champions were the most-picked bot laners at Worlds 2019, with Xayah sporting an 83.1 percent pick/ban rate and Kai’Sa at 80.5 percent. But they’ve since fallen out of favor for League‘s newest marksmen, Senna and Aphelios.

Related: Senna and Aphelios were picked or banned in all but one game during the first week of the 2020 LCS Spring Split

Rekkles said he was “not really sure what [Riot’s] theory is” since the immense power creep with each introduced champion means that “people will just never play anything that’s not newly released.” The ADC also added that it’s “a shame” due to League‘s diverse champion pool of 148 champions.

Riot has continued releasing and reworking champions at a blistering pace. Champions like Akali and Qiyana have leapfrogged to the top of their respective role’s tier list, rendering older characters in their category ineffective.

Rekkles also added a cheeky comment mentioning that he doesn’t have “200 years of experience,” a nod to Riot’s Nathan “Lutzburg” Lutz comment about Wukong’s rework on Jan. 9. Lutzburg’s words have incited the community regarding champion balance, all while producing entertaining memes and videos about the subject.

With Riot admitting that it’s “impossible to have all 148 champions balanced at every level of play,” perhaps there should still be a cap on just how strong new champions can get. After all, it’s probably time to sit up when a player like Rekkles is taking shots.