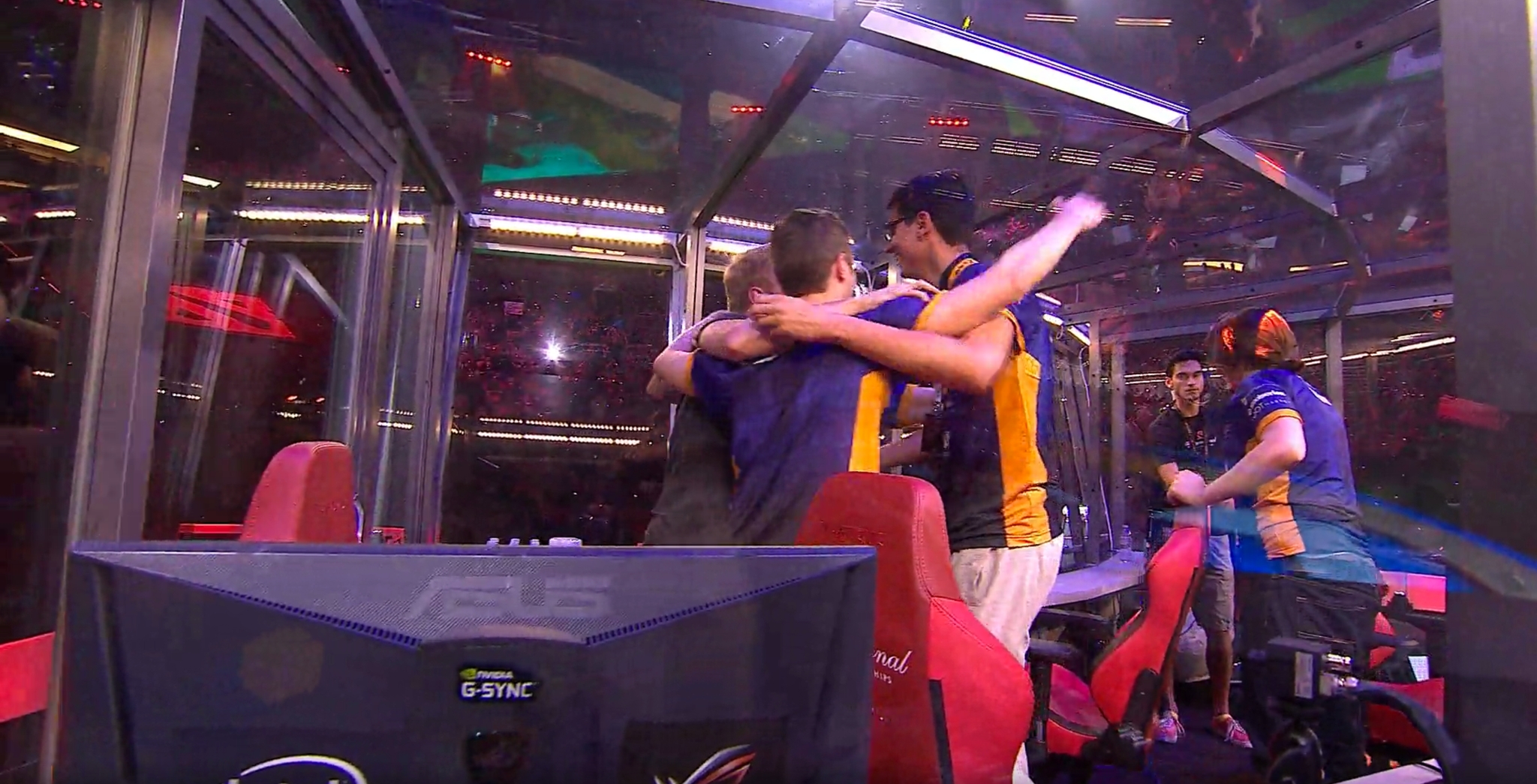 Tomorrow, the 6th of November, the first KeSPA Cup will be hosted, the chance of many Korean teams to redeem themselves or prove that they belong at the top. The reigning world champion SK Telecom T1 and the 2nd place from LCK Summer KT will be automatically seeded into the round of 8. But what are their chances, and what about the other teams? Besides the three Korean teams that attended Worlds, the remaining seven from last split plus four challenger teams will be attending. I will go through them and discuss what I expect of them and how high they can possibly aim.

1. Let’s start with the big favorites and expected winners. Coming off a nearly undefeated run at the world championship, only dropping a single game against the KOO Tigers in the finals, they are obviously expected to take it all. Their roster is still filled from top to bottom, and they definitely haven’t gotten any worse since October 31st.

SKT are your current World Champions. They have some have of the best players in the world on their roster. Faker didn’t even need to step up at the tournament, only putting on an outstanding performance on Ryze in the last game of the finals. Bang is consistent and is very much a carry if Easyhoon is playing. Reigning in the top lane is Marin, being the current main carry of SKT. The meta favors top laners and with Faker able to take a backseat Marin has free reign to carry. The only player that couldn’t be considering world class on the SKT roster is Wolf. He performed.  very well at Worlds, and on any other team he would be top tier.

So, can anyone challenge SKT? Yes. With teams like Najin and CJ joining the competition we can expect a somewhat tougher road for SKT. CJ was the only team to beat them in a series this summer and Najin performed very well against them. Will SKT go undefeated? It’s very much a possibility, though I expect them to lose at least one game, unless they get some of the easier matchups.

2. The KOO Tigers are the runner ups at Worlds and are a strong team in their own right. Being the only team to take a game off SKT they can be proud and should aim high. Even with their strong performance I expect them to have a harder road this time around.

In game 1 against Fnatic they won through lategame teamfighting getting pushed around early. In game 2 they nearly lost through a massive comeback made by Fnatic. Only in their game 3 against Fnatic and SKT did they truly show that they can a lead early and run away with it. Sadly their only ace, at least one that can carry, is Smeb. He performed brilliantly at Worlds, sadly it wasn’t enough to carry his team against Marin and SKT to the title. Besides Smeb KOO has Gorilla, who is one of the best supports in the world.

I don’t expect them to fail before the top 8th, but a bad draw could spell ruin for them. They’re fully capable of winning early, but their lategame is where they excel. SKT has had their number since the second half of spring. They bested KT, a matchup that could have gone the other way. On the rest there isn’t a lot of information, so it’s hard to make any predictions.

3. KT Rolsters, the team that many ranked as the 2nd strongest Korean team coming into Worlds. Like their brethren they have one of the best top laners in the world at their disposal in the form of Ssumday. A 1st place finish in their group and many, including me, expected them to make it into the top 4 after their draw. A close series later and they had to bow their head as the KOO Tigers moved past them.

KT Rolster has possibly the best roaming support in the world, Piccaboo being in a tier of his own. That comes at a prize, sadly, and that is that he is very hit or miss. If he’s having a good game you’ll see him go mid at lv 2 and try to go for a pick. If he has a bad game he will look pretty terrible and you wonder what he’s doing. Joining the two aces are Score, Nagne and Arrow. They all perform very well and can put on their carry pants. Nagne had a mediocre group stage and did not make any flashy plays. instead performing like he usually does.

Will KT perform? Yes, considering they are top 8 they will at least place in the top 8. They’re the only team that can avoid SKT in the round of 8 so unless they get a terrible draw against an overperforming team I don’t see them faltering that early.

4. Jin Air Green Wings. A team that nearly made it to Worlds. A team that houses one of the best Korean mid laners and potentially one of the stronger ad carries in Pilot. Currently GBM is not listed on the roster, only leaving them with Kuzan. Like the rest of the teams in this article, JAG does not have a lot of information on them, not having played since regionals. Without GBM I feel that Jin Air is weaker, especially when we don’t know if they’ll use their sub-top instead of Trace. Their first match is against Incredible Miracle, a team that has never been considered a threat. If they don’t beat IM I would be very worried for next season.

5. CJ Entus came with high expectations into playoffs. They got swept by KOO. They forced the blind pick against Jin Air in the regionals. They lost to GBM’s Gangplank. After a disappointing to the end of their season, CJ is given the chance to prove themselves before the upcoming season. Like JAG, and many of the 4th-8th placed teams from the LCK I expect them to advance. We haven’t seen Shy play a more carry oriented style this season so it will be very interesting to watch him again. Coco is still the hard carry of CJ. Madlife has shown that he’s still capable of playing at a high level together with Space, while Ambition has grown over the year.

6. Najin e-mFire. The biggest disappointment at the end of the summer. After coming up strong as playoffs drew closer, they crashed in the wildcard match, followed by a sweep from JAG in the regionals. After finally settling on a roster, and looking like a team that could make Worlds for the 4th straight team, something did not work for them. With a long since then, Najin will make another attempt at being a top team. Duke was considering one of Korea’s best top laners, which will only be amplified by the current meta. As usual they got their true ace, Ohq, ready to perform until we get the usual Ohq moments.

7/8. Samsung and Anarchy performed admirably during the summer, always clinging on to the hopes of making it into the playoffs. In the they didn’t succeed and like most teams haven’t seen any action until now. Anarchy will face of against Najin, clearly an uphill battle, while Samsung take on one of the four challenger teams.