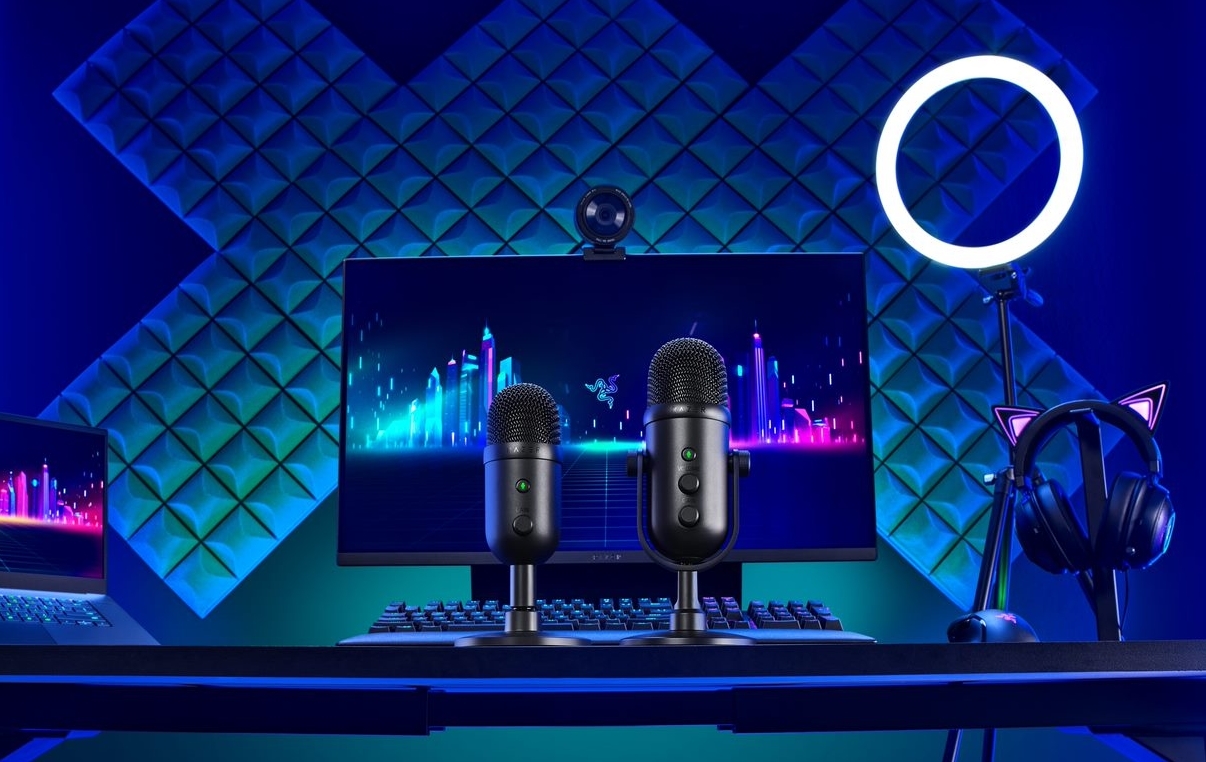 The Seiren series of microphones aims to provide clear audio recording for streamers of all levels. Each product has features based on price points. Razer’s cheapest option, the Seiren Mini, is an entry-level microphone that matches the same audio quality of the Seiren X in a smaller form factor. The brand’s higher-priced Seiren X has noise isolation and a LED peak indicator, while the highest-priced Seiren Elite has all these features and a physical gain adjustment knob. 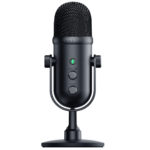 Razer microphones use a super-cardioid pattern, which reduces ambient noise from the environment and records audio with more clarity. Razer’s Seiren V2 X continues to use this same pattern, but unlike the original Seiren X, the new version works off the Seiren Mini’s domed grille and rounded bottom design. Similar to the Seiren V2 Pro, the V2 X will come with a 25-millimeter condenser inside for expanded frequency pickup.

The Seiren V2 Pro comes with new changes too. In addition to sharing the design of the Seiren Mini, it has dynamic polar patterns and a 20Hz low-frequency response—30Hz lower than the Seiren Elite. It also retains the high-pass filter for higher audio clarity along with a digital gain limiter. Razer’s new highest-priced microphone also comes with an analog gain controller on the base like the Elite but does not come with the LED peak indicator.

Another new addition for the new microphones is compatibility with Razer’s upgraded Razer Synapse audio mixing software. Synapse will allow users to control the volume mix of more sources, including what the audience hears during streams. It will also be compatible with other audio software like Adobe Audition or Audacity.

Both microphones are available today. The Seiren V2 X costs $99, and the Seiren V2 Pro costs $149.