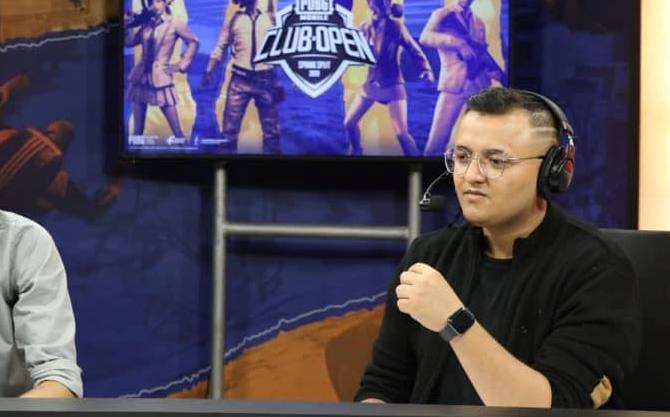 A prominent PUBG Mobile caster from India allegedly used derogatory remarks in a game of CS:GO on April 18.

Mannu “Krat” Karki was called out by a player today who made a post in the India CS:GO community Facebook group, alleging that the caster and his teammates abused his team for no reason. The player included photos and videos as proof of the abuse as well.

Krat casts for NODWIN Gaming, an Indian esports company that’s organized some of the biggest events on Indian soil, such as DreamHack Delhi and ESL One Mumbai. The company also runs PUBG Mobile’s esports scene in India.

The player also alleged that Krat and his friends threatened him by saying they had his and his friend’s addresses. The player said that the caster may have gotten access to this information through documents he sent to NODWIN Gaming for payments for his services as an administrator in the company’s events. Dot Esports couldn’t confirm if this was true, however.

AFK Gaming, in their report of the incident, checked Krat’s Steam account history and confirmed it was him in the matches.

Krat later issued an apology on his Facebook account, calling the accusation by the player as an “alleged statement” even though he provided proof of the incident.

Krat also said in his apology that he didn’t make any of those extreme statements that were casteist and even abused the player’s sister. He said that he “would never do anything of that scale.” The screengrabs of the in-game chat, however, contradict this statement since he allowed the derogatory conversation to continue and participated in it.

Following the fallout due to the Facebook post, NODWIN Gaming reacted by saying that it’s investigating the incident. The company added that until the investigation is complete, Krat will be under probation. NODWIN also said that its goal is to make “gaming fun and enjoyable for all communities” and that “toxicity has no place in the world.”

Update [21/4 7:30 pm (CT)]: NODWIN Gaming has terminated Krat’s employment with immediate effect, the company announced earlier today. NODWIN said that it “expects high standards of conduct from all its employees, whether in their personal or professional time.”