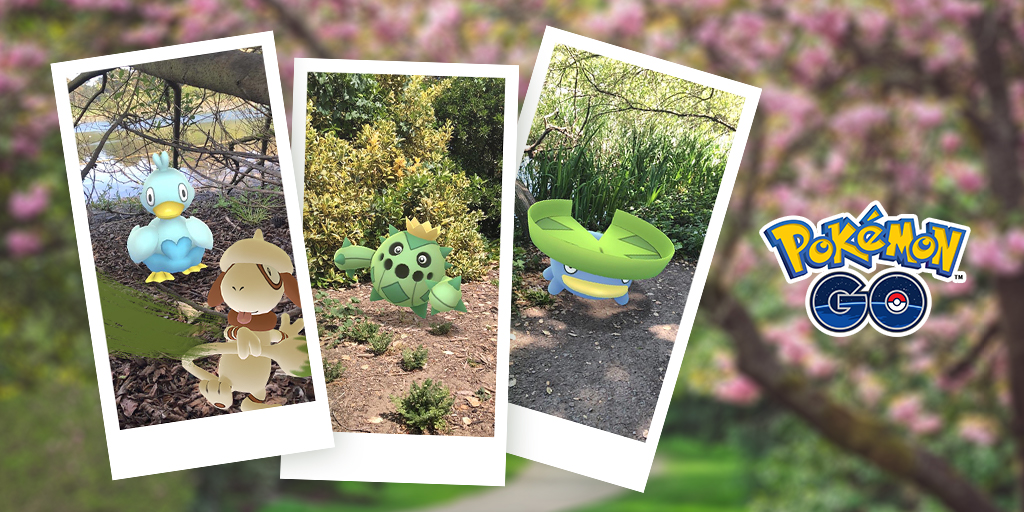 Pokémon Go is celebrating the release of New Pokémon Snap later this month with a crossover event, which will feature lots of picture-taking and a new feature to help with it.

Although dataminers already discovered the event, Niantic initially said in its blog post that the event would run from April 29 to May 2. The developer has since removed the dates from the post, however.

Pokémon appearing in the New Pokemon Snap Celebration will be themed on the new game’s Lental region and hail mostly from deserts, jungles, and underwater areas. This includes Lotad, Cacnea, and Ducklett. Other Pokémon from the new region like Vaporeon, Meganium, and Trapinch will also be appearing in Raids.

And it wouldn’t be a snapshot-focused event without Smeargle appearing more frequently, so take some pictures and you will find the sketching Normal-type popping up to join in. This will also be the first time players can encounter a Shiny Smeargle, too.

Smeargle will only appear in snapshots a limited number of times and Shiny Smeargle will no longer be available once the event ends. But alternatively colored artist will return in future events.

Update April 14 7:45pm CT: Niantic added the dates back into the original blog post, confirming that the event will run from April 29 to May 2 at 8pm local time.