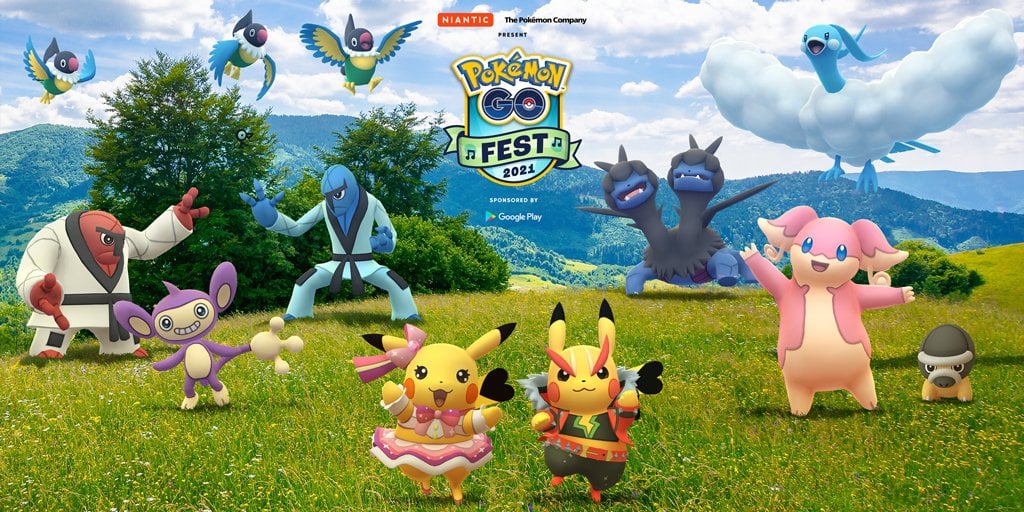 Niantic has finally revealed what trainers can expect to come in 2021’s Pokémon Go fest, boasting a special discounted ticket price of $5.

The musical-themed event will make players the show’s director as the two-day celebration unfolds.

Beginning on July 17, there will be plenty of content for those who purchase tickets, as well as those who choose not to. But unlocking the digital pass will provide access to extra event activities and opportunities to earn limited-edition items.

On the first day of the event, habitats will rotate hourly, giving players a chance to capture Pokémon from a full range of locations. Some of the Pokémon included are listed below.

There will also be a handful of raids on the day with bosses such as Hitmontop, Cranidos, Deino, as well as costumed forms of Galarian Ponyta and Galarian Zigzagoon.

For those who purchase a ticket to the event, there will be special research to complete, including encountering a mythical Pokémon, a unique shirt avatar item, and an avatar pose to correspond with the event.

For ticket holders, this day one special research will also showcase the two stars of the event. Players will have to choose between Rock-Star or Pop-Star Pikachu, influencing the in-game music for the event’s concert.

The Global Challenge Arena will return for ticketed players too, allowing them to work together to receive hourly bonuses. During each habitat hour, special Pokemon will be attracted to Incense:

On day two, raids will take the spotlight with some of the most popular from the pasts returning to the game. For those who purchased a ticket, a special raid will open up boasting extra rewards, including 10,000 extra XP, 10 Raid Passes from spinning Gym Photo Discs, Timed Research rewards up to eight Remote Raid Passes, and a free event bundle boasting three Remote Raid passes.

Here’s a list of the common features present on both days of the event.