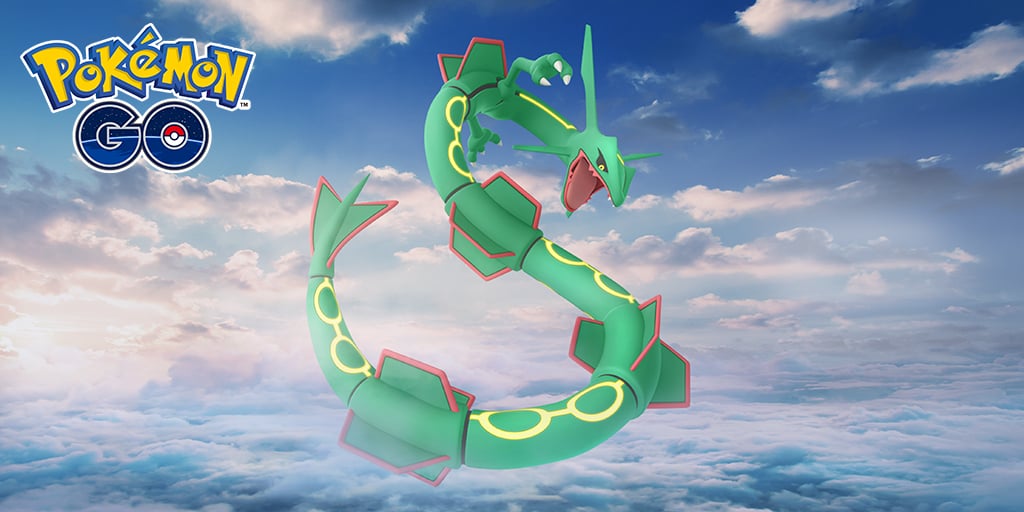 Weather Week is bringing even more content than previously announced to Pokémon Go. A special Raid Weekend will see the Sky High Pokémon Rayquaza returning to five-star raids for a limited time.

The Special Raid Weekend will run from March 27 at 10am to March 28 at 8pm local time. Rayquaza will appear in five-star raids alongside Therian Forme Thundurus.

Thematically, this makes perfect sense because Rayquaza is known to feed on water and particles in the atmosphere and can cancel out harsh weather conditions with its Air Lock ability in the mainline Pokémon games.

Any Rayquaza encountered and caught during this time will know the attack Hurricane, a powerful Flying-type move that also fits the weather theme.

“Rayquaza is known to only seldomly descend to the ground, so you won’t want to miss out on this chance to catch this Legendary Pokémon while it’s drawn in by Weather Week,” Niantic said.

Weather Week as a whole will run from March 24 to 29, so this fits right into that timeframe too. There will be separate days set aside for rainy and windy conditions, which will change the type of Pokémon spawning more frequently in the wild. There will be updated raid and egg hatch pools, new Special Research, and a few other additions included during the event too.