The PUBG Mobile Global Championship (PMGC) season zero will kick-off on Nov. 24. The best 24 teams from around the world will be competing for the title of world champions and a share of the $2 million prize pool.

Ahead of it, the PMGC scrims featuring the same format as the weekdays’ play of the actual event has been revealed by the manager of North American representatives Execute, Rena “Sakumai” Sun. The scrims are supported by Tencent. They will happen on Nov. 21 and 22.

Related: Everything you need to know about the PUBG Mobile Global Championship

Here is everything you need to know about it.

Here are the teams and groups of the PMGC season zero scrims. 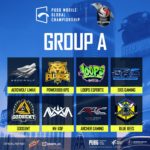 The scrims will be livestreamed in several languages. It will begin at 4:45am CT. This includes English, Korean, Nepali, Thai, Bangla, Malay, and Hindi.