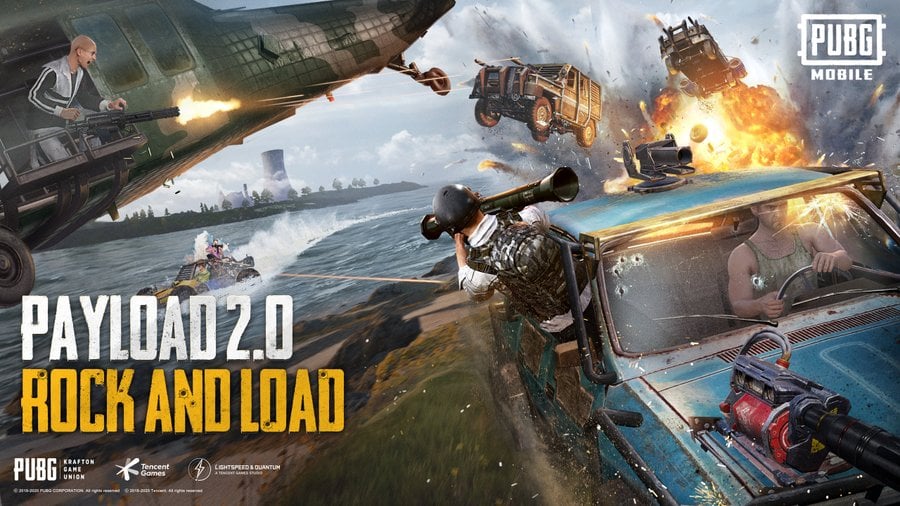 The Payload 2.0 can be found in the Evo-Ground modes in PUBG Mobile. The mode is similar to the classic battle royale mode. One hundred players drop into Erangel with only one squad getting the chicken dinner.

Related: Everything you need to know about Payload mode 2.0 in PUBG Mobile

The main highlight of the Payload mode 2.0 is the new armed vehicles. All four-wheelers except the Buggy are equipped with flamethrowers in the front. These are controlled by the driver and burn enemies within a short range. There’s another weapon on these vehicles as well. This could either be a machine gun or a grenade thrower and is controlled by the passenger. This is also present on the Buggy. All vehicles have been given extra armor as well.

The new weapons include the AT4-A laser-guided missile and the M202 four-barreled rocket launcher. The man-portable radar, which reveals the location of all vehicles in a radius around the player, UAV controller, and the Bomb Suit are the new items in PUBG Mobile’s Payload 2.0 mode.

Another major difference between the classic mode and Payload 2.0 is the addition of helicopters in the latter. Players can take to the skies in helicopters. Payload 2.0 also has a new armed helicopter that’s fitted with machine guns.