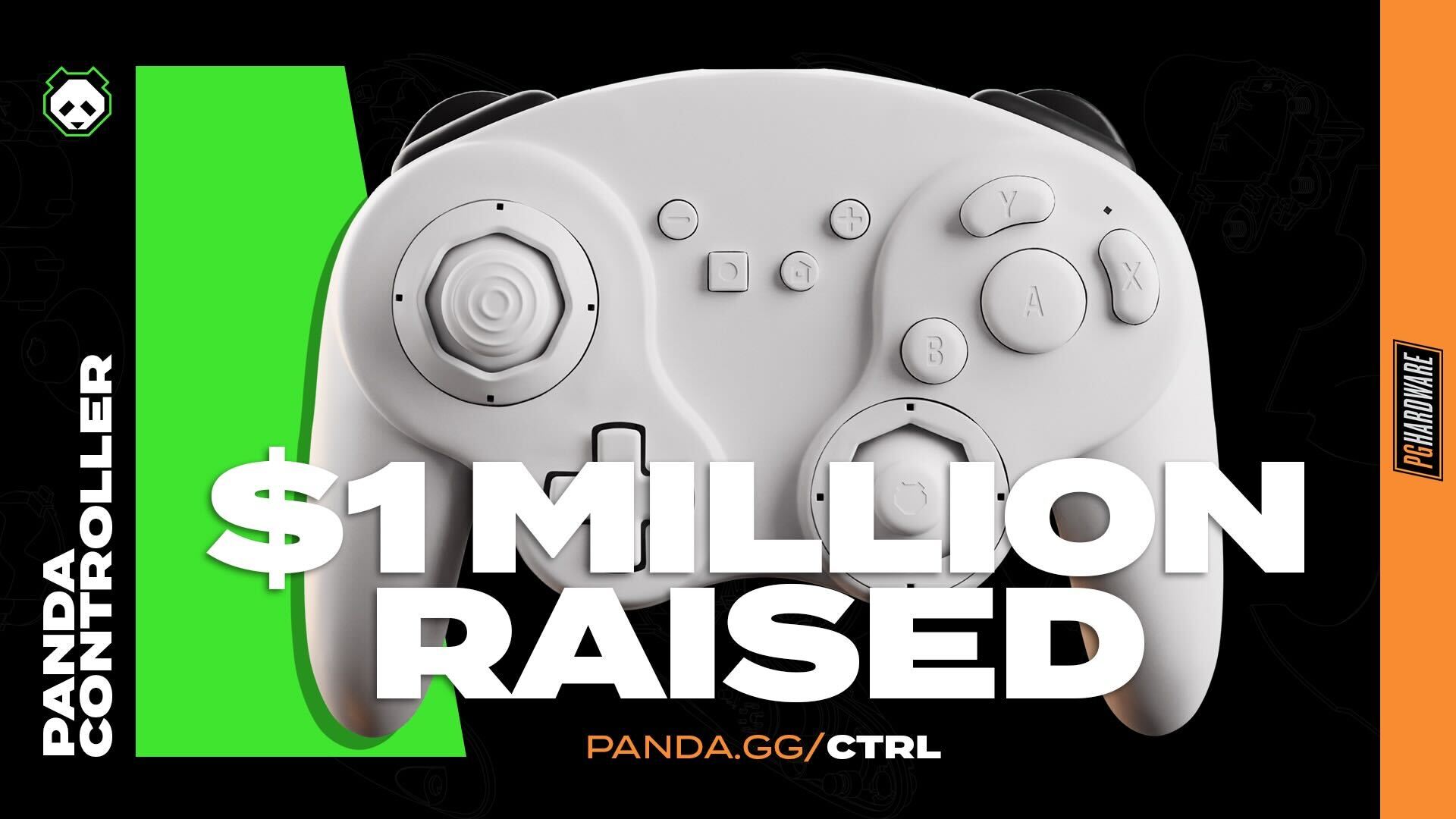 The Kickstarter campaign for Michigan-based esports organization Panda Global’s new controller, the Panda Controller, broke $1 million raised in just two days. This figure completely blew past the org’s base goal of $100,000, which it broke within hours of the campaign launching on Dec. 1.

The Panda Controller has been specifically designed for competitive platform fighting game players, taking a form factor similar to that of the Nintendo GameCube controller and iterating on it.

Set to ship in December 2022, Panda has designed its controller with a focus on high-quality parts, customization features, and generally just making a product that will be more reliable for competitive players than hardware created 20 years ago. This includes being able to customize the weight of the controller, custom length trigger buttons, and more.

And it’s clear from the success of the Kickstarter that the platform fighting community is ready to support the initiative.

“Overcoming many obstacles and despite all odds, we knew that developing the Panda Controller was necessary to revolutionize our industry,” Panda CEO Dr. Alan Bunnéey said. “Seeing all the positive feedback and outpouring of support from fans who appreciate our vision has been truly incredible. We hope to continue to listen and respond to what they want from our products as production continues.”

Users who pledge $90 on the Panda Controller Kickstarter will receive the controller when it ships. But as the campaign continues to grow, fans have already knocked out a majority of the stretch goals that were set at launch.

These stretch goals included adding braided cables to each order, a GameCube-themed color pack for the controller, a limited repair warranty, opening an Accessory Store to replace parts, and much more. Some of the biggest goals reached include firmware updates to allow for full button remapping, community artist partnership initiatives for post-launch shell releases, and a full YouTube documentary on the history of the GameCube controller.

Super Smash Bros. tournament organizer and personality The Crimson Blur will also be appearing at a future event in a Jello dunk tank, which is a win for everyone.

The Panda Controller Kickstarter will remain open until Dec. 30, with pre-orders for additional add-ons and accessories opening soon after it concludes.