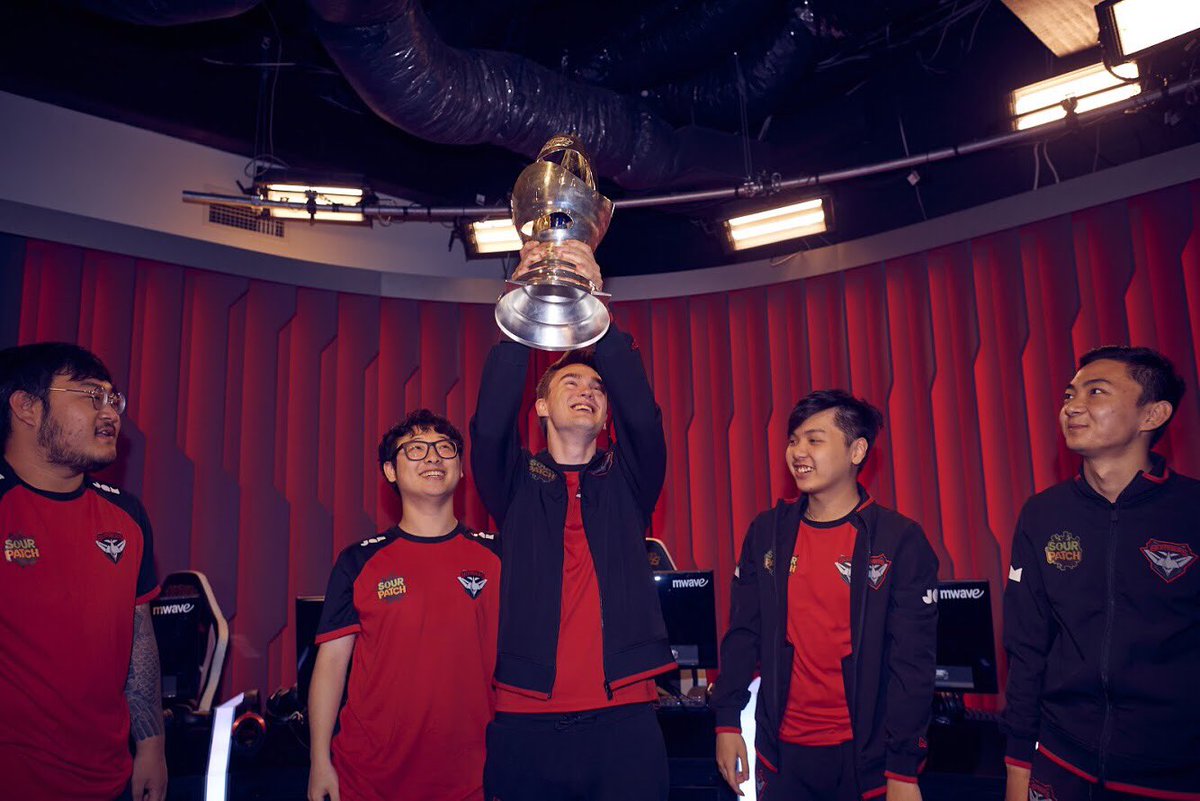 Jake “Rogue” Sharwood has made a name for himself as one of Oceania’s best supports. Playing alongside Victor “FBI” Huang for the last three years, the duo led Sin Gaming, Order, and the Bombers to great finishes in the OPL.

Rogue talked to Dot Esports about his experience at MSI, parting with FBI, and how the Bombers have supported him in his OPL journey.

Results aside, how do you think the Bombers performed in split one?

Rogue: I think, domestically, we pretty much hit our expectations—we finished first in the regular season and won the grand final, so not too much to complain about.

At MSI, though, everyone hoped we’d go further, but we didn’t. We were pretty sad about not making it to the knockouts, but at the same time, I was happy that we made it. Every single game was winnable, and I think most people in the region are proud of us of showing a fighting chance in the most difficult group in the tournament. I could have played better personally, but I can’t be too down.

Well, it was your first major international event. How was MSI compared to Rift Rivals?

MSI is a step up from anything I’ve ever played in. The general consensus is that after winning an OPL title, players will become less motivated since they’ve already achieved the most they can in Australia. For me, it was the opposite. It was so much of a step up from what I was used to, and it was such an amazing experience that as soon as you left, you just wanted to be back. There’s more motivation heading into split two and Worlds because I want to be up there again. The game is so much more enjoyable to play, too.

Do those events, where you can interact with the international teams, feel like it’s bigger than the game for you?

Yeah, definitely. It’s like playing for the first time again. There are so many new faces and the game is so different. It’s just really interesting.

Now, talking about roster changes, you won’t be with FBI for the first time in three years. After being with him for multiple roster shuffles across multiple teams, how are you feeling about the breakup?

I’m really proud of him. As soon as he found out that he might be going to NA, he messaged everyone on the team and we were all happy for him. He was probably thinking we’d get upset, but in reality, we were hoping for the best. He’s been saying for years that all he wants is to play in NA, and I think he’s been deserving of it for years, too. He was good enough to go back in 2017, and he’s still good enough now.

However, it’s going to be hard without him. We both learned a lot from each other, so coming in with a new AD carry is going to be a bit different, especially given it’s Looch. I’ve been able to teach him a few tricks of the trade. We have been playing together a lot, and he’s a lot better than I expected. All the things he doesn’t know is all the things you’d expect a person who just role-swapped not to know, but he’s picking it up really fast.

It’s obviously a hard task, but do you think you’ll be able to hit some semblance of synergy with him, like you did with FBI?

We are already working together pretty well, so I’d say we definitely can. The thing I’m most excited about, though, playing with a new AD carry is that every bot lane has a different dynamic. FBI and I had a really strong communication structure we perfected over the years, but now it’s kind of changing, and it’s changing how I can play too. I can play a bit more resource-intensively, and it’s like learning to lane again. It’s very exciting that I get the chance to step out of my shell a bit and find a new groove.

One thing with Looch is that he has a very good mentality and is willing to take criticism and work together. He’s got a super-high skill ceiling and is improving way faster than any of the other ADCs—and sure he has a bit to catch up on, but he’s doing great. If he puts his mind to it, he can become a top three ADC in the region, and he’s super motivated.

It’s kind of like the story of Praedyth for Legacy—role-swapping from top to ADC and improving tenfold over the split.

Yeah, Praedyth did quite well. The thing with Looch is that, no matter his team, he was always the standout player. He was always on a middle-of-the-pack or bottom-tier team, but he always stood out. Now this split, he’s got a team who has his back, and some of the best teammates in the league, so he can step up and show off now.

BalKhan is also gone, and coach Westonway is off to the UK, so you’ve had to put together basically an entire new roster. How’s the team dynamic developing?

It’s been changing a lot. BalKhan and FBI were two of the most vocal people in-game, so it puts pressure on the rest of the team to step up. In split one, we all had the training wheels on, getting to know each other. But for split two, we have to take them off. There’s more responsibility on the whole team, but especially me, Mimic, and Ry0ma, as we were here last split.

In saying that, Wilder is an extremely intelligent player—he’s probably the smartest player I’ve ever met. He’s taught me things I’ve never been taught from a coach in three years. We’ve got a very strong roster, but it’s just a matter of stepping up when it matters.

What’s it like going from teams like Sin and Order to a team like the Bombers who have the backing of an AFL club? What are the major differences in how the org supports you?

There are a lot of differences between the Bombers and other teams. A few years ago, OCE teams didn’t really have support—it was just people running off passion, taking out loans, and burning pocket money. People weren’t making money, but they were doing it out of fun.

Now, the league generally is a lot more professional. It’s not just six people crammed into a room sleeping on bunk beds—we have professional-grade training facilities, we have functioning internet and good PCs. But the biggest difference between other teams and the Bombers is that it feels like a work place. In the past, playing League has never felt like work because you wake up 20 minutes before scrims, roll out of bed, and walk to the living room.

With the Bombers, you wake up, have your morning routine, you commute to work, you walk around the Hangar talking to other staff like you would in an office. It feels like the first time I’ve worked in my life, so it changes your mentality a lot. You want to take everything seriously and professionally. On the team, we always refer to scrimming and practice as “going to work.” We started unconsciously doing that, but at the end of the day, that’s what it is—you go to work, you go home, you turn off for the day, and you do it all again tomorrow.

It’s the separation of work and life.

Yeah, it is. It affects people differently, but for me, it’s helped me out so much. Having that separation is really important.

Looking forward to split two, do you think you can make it to Worlds?

I mean, that’s everyone’s goal, right? I think we can do it. A lot of people are going to doubt us after seeing our roster changes, but you have to remember that although BalKhan and FBI looked like superstars, there were also three other great players there, too. It’s a hard thing when you’ve got five superstars, but everyone on that team last split really shined. Everyone on this team is exceptional, and people can’t forget that.

Do you think this split overall will be a lot tougher given how other teams have bolstered their rosters?

There have been some interesting developments over the break, especially the Dire Wolves roster. It’s going to be interesting—split one was a two-horse race before Order flew in at the end, but there are a lot more contenders this split. It’ll take us a bit to get going, but I think we will be up there come the end of the season.

The OPL starts on June 7.